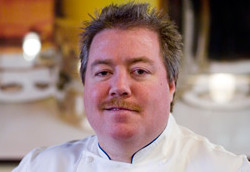 1) Becoming NYC's Pit-Master at Blue Smoke: Kenny Callaghan, pit-master at Blue Smoke and co-founder of the Big Apple BBQ Block Party, sits down with Dorothy Cann Hamilton of the International Culinary Center for an episode of "Chef's Story." Callaghan explains how he dabbled in fast food before gearing up for culinary school, and how he worked his way up the USHG ladder to open up Blue Smoke and Jazz Standard. On building off of his childhood memories from trips through the South:

So we were going down to Florida, then we stopped going down to Florida, and I still had this love of ribs and pork and pulled pork, so from then on I was going to the Chili's and the Applebees of the world, so if it was some kind of steamed rib with some liquid smoke in it and some sweet BBQ sauce and the meat was falling off the bones, it was edible. I mean I was still a kid, I didn't have that many options. 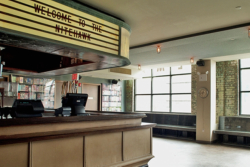 2) Sprit Guides and Pairing Drinks with Movies: HRN Executive Director Erin Fairbanks talks to Jesse White, director of Spirit Guides, a documentary about NYC craft bartending set to premiere at Nighthawk Cinema this month. Nighthawk's bar director, Jen Marshall, joins them to talk about the fun she has pairing drinks with each film that comes through NYC's only full-service food and drink movie theater. Here's White on the inspiration he drew from the bartenders he interviewed for the film:

What really got me excited was listening to bartenders discuss not only their creative process in coming up with drinks, but also their knowledge and the history, and, at least with the bartenders today, [I] had come to respect and really admire [their] understanding of where they fit in in that historical fabric, and a real sense of pride that went into the job that they were doing. 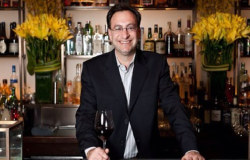 3) Apps for Running a Restaurant: Phil Colicchio of "The Business" sits down with Damian Mogavero, a hospitality-industry veteran who developed an iPad and iPhone app for managing the finer details of running a restaurant called Avero. Mogavero left a job on Wall Street to take a job as CFO of a hospitality group, where he put his Harvard School of Business education to work on making his company more efficient, culminating with the data-management multi-platform app: 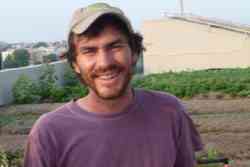 4) Rooftop Compost: Ben Flanner of Brooklyn Grange shares his recipe for good compost, explains how his Brooklyn and Queens rooftop farms source and utilize all the food waste they can from the community, and gives some tips on how to get into the compost loop. On keeping fire escape compost projects pest-free:

One thing that you can do is, if you want to be cautious, especially at the beginning, you can err on the cautious end of more browns [such as wood scraps and leaves] and a little bit less greens [vegetable scraps] because it's really going to be the greens that do attract pests. 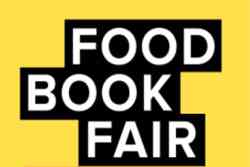 5) Coffee Crawling at the Food Book Fair: New York Times coffee contributor Oliver Strand and Lars K. Huse of the coffee blog Illustration and Coffee talk coffee appreciation and infatuation, and share their must-hit locations on a Williamsburg coffee crawl. Speaking at the 2013 Food Book Fair this past Friday, Strand admits to the trendiness and plethora of food and drink crawls:

I will defend the coffee nerds out there. It could be that beer crawls have a little more traction in the world, but if you're a coffee kid, you do a coffee crawl when you show up in a town, it's what you do. So when you go to London, you hit as many places as your body can handle, and it's just kind of a coffee thing.