Kasia Krupinska of The Third Man in Alphabet City

Share All sharing options for: Kasia Krupinska of The Third Man in Alphabet City 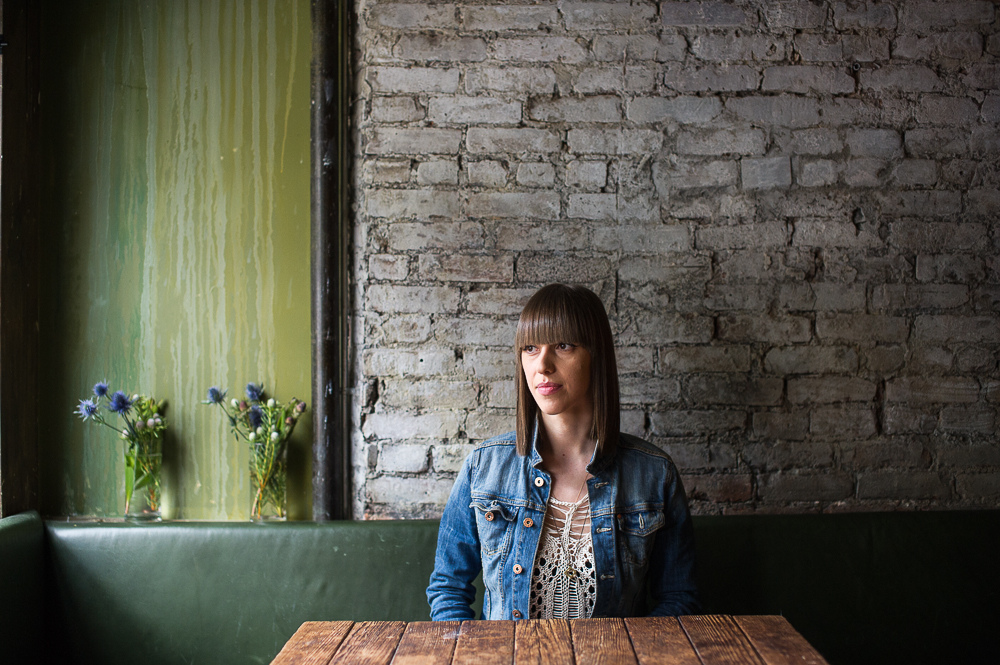 The Third Man is the five-month-old cocktail bar from Eduard Frauneder and Wolfgang Ban, of the popular Avenue C Austrian restaurant Edi & The Wolf. Opened last December after a brief Sandy-related delay, the cozy, film noir-inspired bar — with dark wooden interior modeled after Vienna's Loos Bar — sets the stage for some killer cocktails that often riff playfully on mid-century classics. Helping keep the good ship Third Man afloat is manager Kasia Krupinska, who previously worked for Frauneder and Ban at Seasonal and Edi & The Wolf, after four years at the Michelin-starred Williamsburg restaurant Dressler.

In the following interview, Krupinska talks about an average night and the best cocktails at The Third Man, her path to joining the Edi & The Wolf team, and what it's like to be a newcomer to the cocktail world.

What's the busiest time of the week?

The busiest shifts of the week are obviously Friday and Saturday. However, Sundays and Mondays, I've found that for the last few weeks we've been really busy.

Just because! But you know, it also really depends on the weather, especially in the summer. When it's nice weather, people go out, want to have drinks, hang out. When it's raining hard, nobody's here because everybody wants to watch a movie at home or sit with a book cuddled in a blanket.

What's the most popular drink at The Third Man?

It varies. There's always that question, "Well, what do you recommend?" We start by asking what liquor you prefer, then go from there. But our most popular drink is definitely the Harry Lime, which is a variation of The Last Word. It's our twist on that classic, with mezcal, maraschino, chartreuse, and lime. It's really delicious?smoky, sweet, really easy to drink.

Who are your favorite customers?

Before I started working here, I worked at Edi & The Wolf, so a lot of my regulars [there] were curious about this place, and a lot of them kind of transferred after dinner here. Pretty much all of our friends, family, and people from the neighborhood, just moved here and had some cocktails with us.

Do you get many celebrities here?

Yes. When they come in, they're the most pleasant people in the world. Obviously we treat them just like regular customers, there's no special treatment. And they're always super-sweet. But everybody who comes in here is a celebrity. Unless you're waving at me [to get my attention], because I'm allergic to that. But yeah, we get quite a few, but like I said all of our customers are celebrities.

Are there any drinks you hate making?

You know what? I'm very, very new to this industry, so I'm still very excited about it. Any cocktail that I have to make?especially if it's something new, or if the customer requests it and I don't know the recipe and they tell me how to make it?it's that much more exciting because it's something new for me. So no, there's absolutely no drink that I don't like to make.

Are there any that you really love making?

You know what, I'm a big whiskey drinker, and we always taste all of our cocktails before they go out, so I'm always excited to make something with whiskey and bourbon.

From your menu, are there any in particular?

From our menu? We do have a variation that I want to say is between a Manhattan and an Old-Fashioned, we call it the Tennessee Waltz. It is with American whiskey, Cocchi di Torino, and creme de peche. It's really delicious, has just a tiny bit?just a barspoon?of creme de peche, which gives it that perfect addition of sweetness and fruitiness to the drink.

How do you cut someone off?

First you offer water and you're polite. You don't refuse a drink, because most likely [if you need to cut someone off] they will not order another drink, they will order a shot. The polite way to do so is to say, "Why don't you drink this water first, and we'll see where this goes." You have to be very careful. People get really angry, especially when they're drunk. They want what they want at that moment, and if they don't receive it they can turn really ugly.

How did you get into bartending?

I'll tell you how I got into the hospitality industry, because that's actually very important. I had just moved here from Poland, I was 18 going on 19, and my English was non-existent. My very, very first introduction to hospitality was a doughnut shop in Greenpoint. This is where I mastered my English, where I learned to incorporate my skills with the customers and how to talk to them and interact with them. And once I learned English I wanted to go a little further. So I got introduced to Dressler, they were just opening. I walked into an interview not having any experience beyond the doughnut shop. They gave me a test, with questions about cocktails and wine and food, and my test was blank. I came up to the gentleman who was interviewing me at the time and said, "I'm really sorry, but I have absolutely no idea how to answer these questions. I'm very new to this industry." And he's like, "Okay, tell me a little bit about yourself." So I did, I told him my story, and the next day he called me and hired me. So they took a huge, huge chance. I was there for four years, and eventually became their maitre d'.

And then I switched between jobs. I opened Seasonal with Edi [Frauneder], and then I opened Edi & The Wolf, and obviously I opened this place. I was really excited when he told me he had a cocktail bar in mind. I was like, "Me, me, me, me, me! I really want to do it!" I wanted to learn beyond food and I really wanted to introduce myself to that next step. And that is making cocktails and learning how to expand my knowledge. I was also bartending at Edi & The Wolf, but that was at the time when they were only serving beer and wine.

Since you're so new to the cocktail world, has there been anything that's really surprised you?

When I first started working here, I had only a very basic knowledge of using jiggers and how to shake cocktails, and I was kind of thrown into deep water. They put me behind the bar, gave me the specs, and let me swim without knowing how to swim. And my first cocktail that I ever made here, my very first on day one, was a vodka soda. So I was really excited. But then it got super, super busy and somehow I managed to swim. And that's really how I learned. I mean, yes, I knew what basic cocktails looked like and I knew what specs they needed in order to make a full palate of flavors in the cocktail, but I'd never made them before.

How often does the cocktail menu change here?

Because we are attached to a restaurant, we try to do it seasonally. Seasonal fruit, seasonal ingredients. Everything that we use is fresh, we juice our juices every day. We get our food delivered every day because we utilize the restaurant. And that's the beauty of it, because the restaurant changes their menu seasonally, we are also able to change ours seasonally.

How active are you in coming up with those new recipes?

The Third Man has an amazing staff. Everybody that works here is super-creative and super-passionate about creating cocktails. When we meet together, I kind of let them guide me. I see how they create their cocktails, I see what they use, but myself, I'm still kind of learning and watching, and they're telling me exactly how to do that.

When you're not here, where are your favorite places to go get a drink?

I love Hotel Delmano in Williamsburg. It's the atmosphere, it's the drinks, it's everything about going there. I love absinthe cocktails and Hotel Delmano has a lot to offer there. One of my favorite dive bars is Mona's on 12th and Avenue B. I love going there and having a nice, hearty glass of Maker's.

If someone's coming in for the first time, what should they order?

Well, like I said, I would interview them first. But definitely the Tennessee Waltz, because it's my favorite drink. We have another drink with bourbon, which we named the Cuckoo Clock?it's taken from the movie The Third Man?and that's bourbon, Campari, lemon, and Cointreau. So it has a little sweetness to it but it also has the bitterness. It's delicious, and it's pink.
· All Coverage of The Third Man [~ENY~]