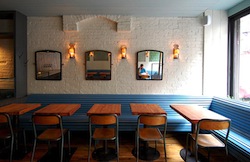 1) Rye and Northern Spy: Patrick Martins, founder of Heritage Radio Network, talks market-driven menus with Cal Elliott of Rye and Hadley Schmitt of Northern Spy Food Co. For Elliott, keeping the menu seasonally fresh has been as important as keeping up with Williamsburg over the last four years. For Schmitt, rotating dishes means staying open to finding inspiration at the farmer's market and at the pass:

It's one part having the mindset and opening your eyes to anything at any point in your day-- just walking down the street, or sure, going to a Thai restaurant and having a lettuce wrap. Just being inspired by anything that you come across. But that's part one, you can be in the shower and come up with something, but the other part is, you just gotta be working. You just get in the kitchen. I can sit there and I can look and I can write down an idea, but the other part is you'll just be in the kitchen and working?and things just start to come together. 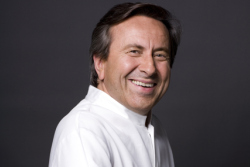 2) 20 Years at Daniel: Visionary chef and restaurateur Daniel Boulud shares his vision of how his cooks, diners, and ingredients have driven him to change and grow over the course of his New York career. He discusses his pride that Daniel has served as a "good school" for cooks over the years, but admits that a chef's background and education is changing before they even arrive in the city:

Many of the chefs who made what New York is today had a stronger European and international background, but you see a lot of young American chefs today who are doing their tour of America rather than touring the world and France. They are born in Cleveland and work in San Francisco and move down to the south and come back to New York, and I think every region brings something different. 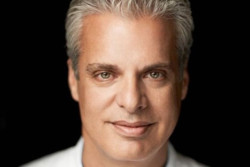 3) Eric Ripert on Evolutionaries: On this week's installment of the HRN radio documentary series that lets industry game-changers reflect on their work to date, Eric Ripert walks listeners through the changes in his life and at Le Bernardin in the almost twenty years since becoming executive chef:

I come from a very good education from my previous mentors, but I would change the dynamic of the restaurant in a bad way, because I [was] abusive to the waiters, I [was] abusive to the cooks, and I [was] changing completely the ambiance of the restaurant. At that time I believed I improved the quality of the food, although the food was very good, or in my head I thought so, but I made a mistake. So, suddenly the ambiance changed, and the talented people started to leave, and it's when I realized I made a mistake. That restaurant that was a mix of American culture in terms of management and French culture in terms of influence lost the positive from the American culture of managing people for a while, and then, of course I embraced the idea of it being a peaceful environment to work in, but it took me years to reverse what I had destroyed. 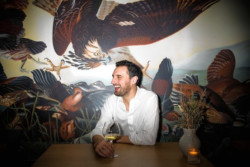 I got into wine because I was sort of obsessed with perfume. I had not been able to smell for a couple of years, and I had surgery, and afterwards, I could smell, and I got insanely into perfume, and spent all my money on perfume, and a friend sort of took pity on me and told me about wine, and it was this super cool thing and was mostly olfactory. 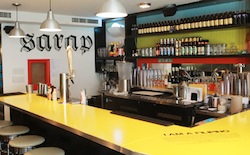 5) "Lola Hour" At Jeepney: On "The Morning After," what seems like the whole FOH/BOH crew behind East Village Filipino joints Maharlika and Jeepney packs into the HRN studio to talk about growing into new digs at Jeepney, getting reviewed, and welcoming Filipino food purists who would initially balk at some of their non-traditional menu items:

We call 5 p.m. to 7 p.m. the 'Lola Hour,' and the Lola is the same as Grandmother, and it is painted with a shade of curmudgeon, like, 'what is this Filipino food,' 'how come you're charging this,' or 'what is this dish,' so, they're coming with skepticism. And we always say, and I know it's cliche, but "kill em with kindness and then let the food speak for itself, and [we] have new Lola fans every day. So there is a modicum of 'hateration' in there, but we don't meet it with a cold shoulder, we meet it with "bring it on, hate on it, but we're gonna change your mind.