Newcomers, Openings, and Expansions in the Hamptons

Share All sharing options for: Newcomers, Openings, and Expansions in the Hamptons

With the summer fast approaching, things are getting busy in the Hamptons. With weekend getaways in mind, here's a roundup of all the foods news from Eater's sister site Curbed Hamptons this week. 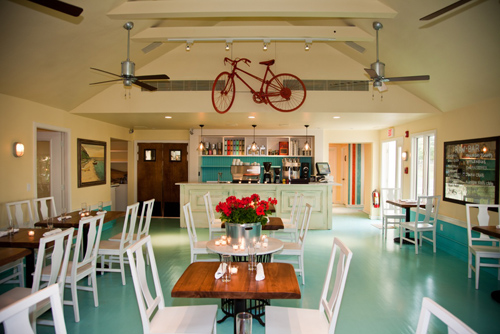 [South Edison courtesy of Wordhampton]]
Re-openings: The restaurants of the Hamptons are reopening left and right, often with new things on the menu. Botwick's Chowder House has already opened, and now offers a $75 Chowder House seafood tower of clams, oysters, cocktail shrimp, seared tuna, smoked crab dip, and one whole lobster. South Edison reopened on Wednesday with a whole range of new dishes featuring local ingredients. Navy Beach opened in Montauk last weekend with the addition of both large and small plates to the menu.

Montauk: The Red Hook Lobster Pound is opening a branch in the Hamptons this season, most likely in the next week or two. They're teaming up with local lemonade maker Sweet'tauk to serve fancy lemonades and ice pops alongside their lobster rolls, chowder, and sides.

Southampton: Tate's Bakeshop is adding a 3,000 square foot kitchen that will be certified gluten free. They already make a couple of gluten free things, but now they'll be able to expand that menu and also manufacture around 400,000 of those gluten-free treats a week.

Southampton: On May 23, BLT Steak is opening a pop-up restaurant in Nobu's old space at the Capri Hotel. It will serve signature BLT Steak dishes like popovers and Dover sole, and also offer poolside service.

Wainscot: Juiceland, a new cold-pressed juice bar that happens to be run by identical twins, will open in the neighborhood on Memorial Day. The juices will be made from local ingredients, and have names like "Summer After Party."
· Curbed Hamptons