Alder is the most polarizing restaurant of the year. Some early diners love Wylie Dufresne's new creations, while others complain about dishes that simply don't taste good. A lot of people have already checked out the six-day-old restaurant, and the reviews from the big critics should start rolling in by the end of the month. Here's a roundup of what people are saying about Dufresne's second-ever restaurant, Alder:

The Good News: One Yelper writes: "The 'pigs in a blanket' was nicely composed with a crunchy pastry crust, the sausage was flavorful, and the dots of sweet chili sauce and wasabi was a nice hot/sweet/sour contrast. The farmer's cheese was rich and flavorful and the chips that came with it had a great texture to them. It went well with some 2009 Von Buhl Sekt. A couple next to us was raving about the rye pasta with pastrami... I will definitely return for a full meal, but the menu is small/limited." [Yelp]

The Great News: Here's a recap of the first night from longtime Eater commenter Momobaby: "Went to Alder last night: the place was packed! Wylie and staff were in fine form last night: the food was deceptively familiar yet turned on its ear with Wylie's mad scientist innovations. Purple pub cheese turned out to be cream cheese mixed with red wine, with a fig-pistachio brittle and "crackers": Wylie's take on a savory cheese course prior to the meal. Pigs in a blanket were fun: Chinese sausage wrapped in fried strips of hotdog bun. The stuffed kumquats were sweet and gamey: nice combination. The rye pasta was a Reuben sandwich in noodle form: genius." [Eater Comments] 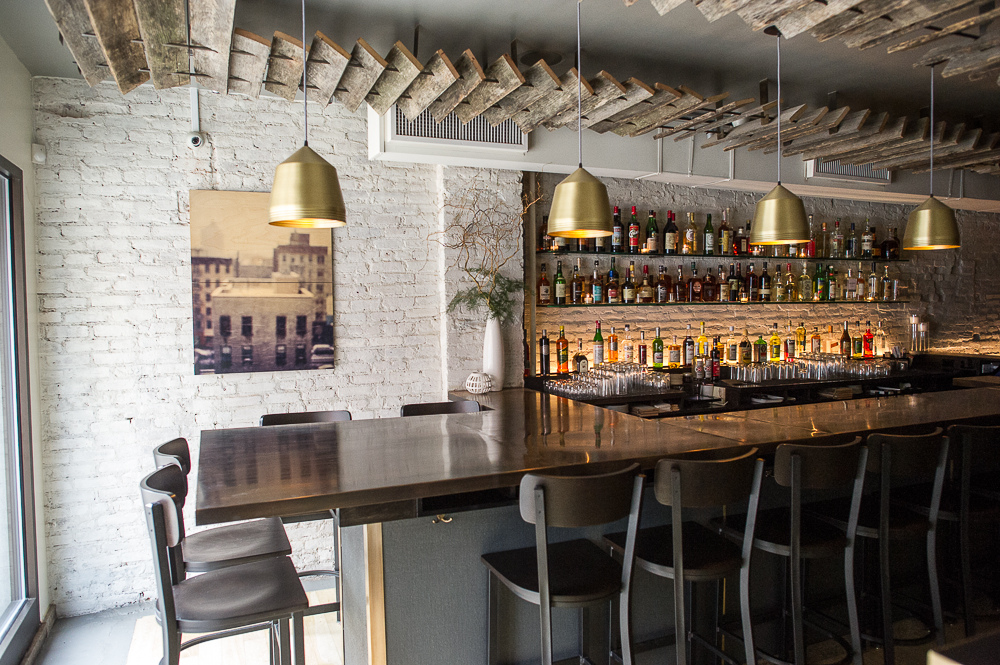 The "Better Than wd~50" News: One Mouthfuls forum user files a detailed report with photos, as well as this note about pricing: "I would go back here before Carbone any day. But not very often. It's more expensive than it looks. I ordered 4 items and spent $56 just in food and I don't really think it was enough. Probably could have used another 1 or 2 things, which would bump the food check up to $70-$85+ before tax, tip, & beverage. I really don't think there are any main courses. If you think about it, the prices are about the same as dining at the bar at wd~50. Ironically the food may be better, though." [Mouthfuls]

THe So-So News: Another Yelper: " The stuffed kumquats had a great filling, and I also enjoy kumquats, but the flavor of the rind of the kumquat was overpowering. Basically, there was 2-3 seconds of real enjoyment when I could taste the filling, but when the kumquat skin got broken, that flavor dominated. The fried quail, similarly, had a great aspect but was hindered by the combination. The quail itself was delicious and was in a great sauce. Really, the light breading on that was crunchy and the meat was clearly fresh and well prepared. The problem was that it was served over a banana curry that really did not match well at all." [Yelp]

The Sweet and Savory News: A Zagat blogger writes: "The foie gras terrine was wrapped in a poached apple and served on an English muffin, bringing to mind a gourmet breakfast sandwich. The combination of sweet and savory seemed to be a common theme - Dufresne's take on 'pigs in a blanket' were thick slices of Chinese sausage that was served with a sweet sauce that was closer to honey than the advertised chili and circular disks of fried quail were served on a bed of mashed curried banana that added some sugar to the plate." [Zagat] 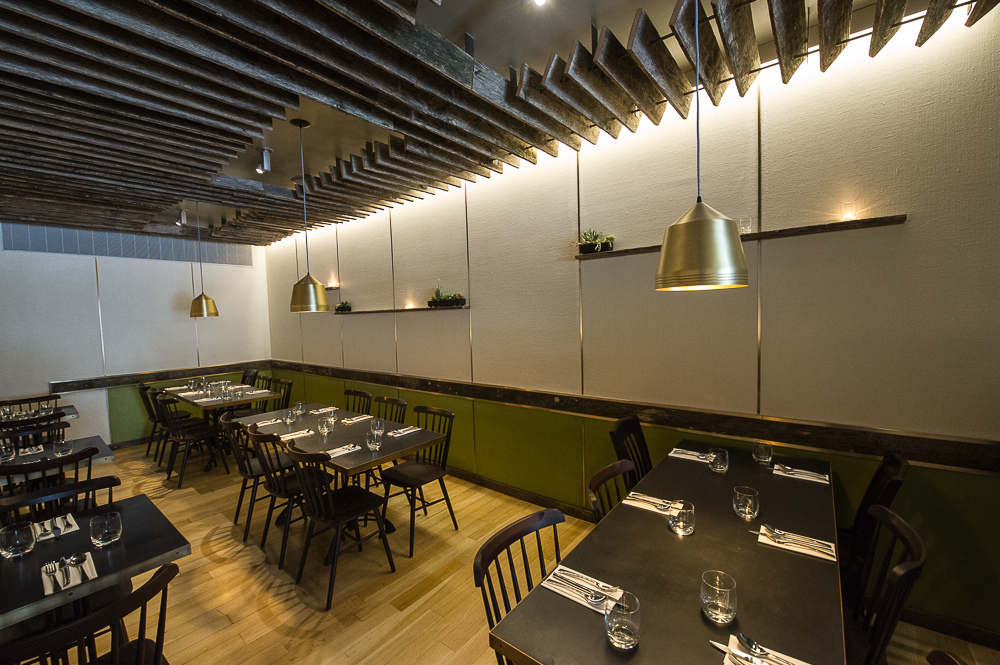 The Odd News: A Mouthfuls forum user likes some, but not all of the dishes: "Squid Salad- My favourite dish of the night. The tartness was a great contrast from all the other dishes of the night. New England clam chowder - The chowder was good, but the oyster crackers were very odd. By themselves they were great but thrown into the chowder made them really chewy and odd to eat. Soft poached egg - Worst dish of the night. This literally was a single poached egg. Maybe we were expecting something different and we don't understand this dish, but no one in my group enjoyed this dish at all." [Mouthfuls]

The Bad News: This Yelper files a review after day three: "Overall, the food was not bad, just decent with a lot of misses in execution. It would receive 3 stars if it were a new chef, but this is a Wylie Restaurant. I expect better especially given the premium charged for his name...The staff was very enthusiastic and the volume of the music was back grounded and not a distraction. It really does not deserve the hype. 2 stars, I've been to many places with better quality food and value. Sorry Wylie not a fan, I still love WD50." [Yelp]

The Underwhelming News: Eater commenter Moody Foody jumps in the conversation: "Had dinner there last night and I was a little underwhelmed. Possibly on account of the high expectations I would always have for a Wylie place. Best dish was Foie Terrine which was excellent. I thought the Pigs in a Blanket were kind of bland and boring." [Eater Comments]

The FourSquare News: Bin Y.: "What a fun gastropub! I'd choose the chicken liver toast over the foie gras, and definitely get the quail. Desserts are interesting too." Kent. Y: "Get around 3 dishes per person. The pub cheese, squid salad and rye pasta are the standouts." Lauren P.: "Not normally that impressed by deserts, but the root beer pudding was a real standout for me. Make sure you also try the foie and the pub cheese ( perfectly paired with pistachio brittle)." Davis A.: "Smoked Arctic char is like the best BBQ you've ever had. And the wine list - BTG and bottle is ridiculously well priced and interesting. Couldn't complain about anything. Service was wonderful as well."
· All Coverage of Alder [~ENY~]