Sara Jimenez on Running the Show at Momofuku Ssäm Bar

Share All sharing options for: Sara Jimenez on Running the Show at Momofuku Ssäm Bar

This is The Gatekeepers, in which Eater roams the city meeting the fine ladies and gentlemen that work the host station at some of New York's most popular restaurants.. 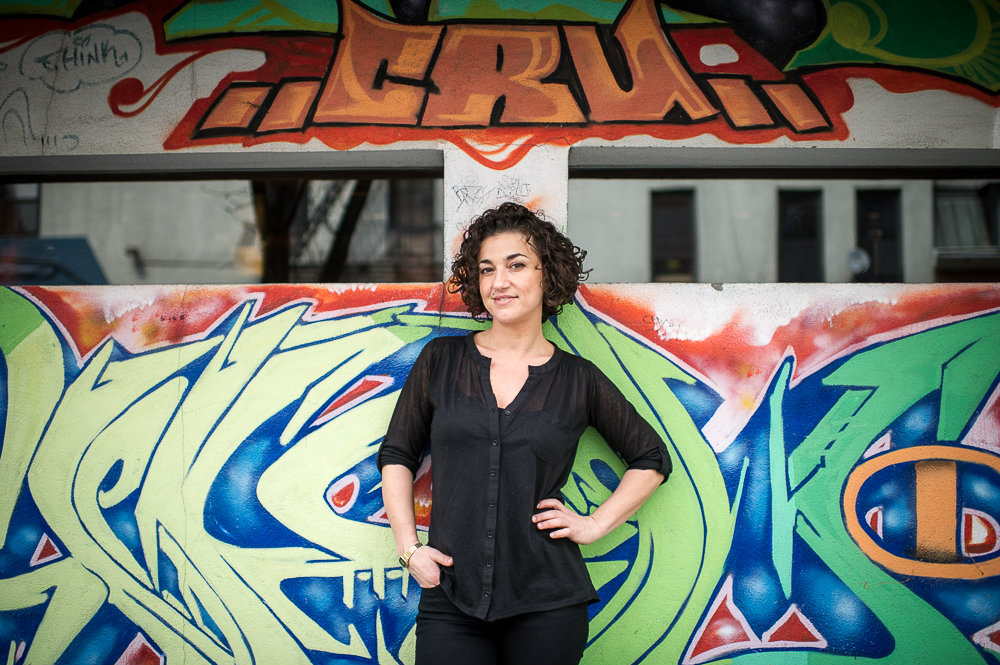 For the past two years, Sara Jimenez has served as general manager of David Chang's Momofuku Ssäm Bar on Second Avenue and 13th Street. Before coming to New York, she grew up working in her father's popular Dublin restaurant, a decade-long experience that allowed her to gain the chops to later become manager of Fergus Henderson's St. John Bread & Wine, in London. Her current gig is enviable and challenging: Ssäm is a very popular restaurant, and Jimenez is tasked with making sure that the service there remains as informed and professional as it is refreshingly informal. In the following interview, she talks about getting into the world of restaurants, wacky requests and regulars, keeping guests and staff happy, and why Ssäm Bar is the place for her.

What were you doing before Momofuku? How did you get your start in restaurants?
I started working in my dad's restaurant in Dublin, Da Pino, when I was 16. It was 12 years of learning, including time in the kitchen. I eventually moved to London and ended up at Fergus Henderson's St. John Bread & Wine.

Tell me more about the experience at your dad's restaurant. What did you do there?
It became a very, very popular and busy restaurant. It was the Italian restaurant to go to in Dublin, so I got used to high numbers and high volume early on. Then my dad made me work in the kitchen.

My first day in the kitchen, I was ready to go to the stove, but my dad put me to the potwash. "You're starting there," he told me. He made me work my way up there, and then I ended up running the kitchen for a year. I got sick of the burns and went back on the floor.

I basically managed that restaurant for nine or ten years.

And then how did London and St. John come about?
The original plan going to London was not restaurants, although I loved food, obviously. Restaurants had kind of always been my life. I actually went to London to pursue acting for a bit. I started, then, to work at an Irish chef's place — Richard Corrigan's Bentley's. Quickly, like a couple of months after that, I got a job at St. John Bread & Wine.

That's where it all really started. I began working as a server, stopped being a vegetarian, and then the managing thing just happened. I was a supervisor, and then it just grew into managing.

How did you land the job at Ssäm bar?
When I gave my previous bosses my notice and told them I wanted to move to New York, they put out feelers for me, and David Chang just happened to be in London promoting the Momofuku cookbook. Momofuku was at the top of my list. So we met, talked, and took it from there. It was pretty incredible timing.

How was it meeting Chang and getting him to give you the job?
[Laughs] It was nerve-racking. The build up to it was nerve-racking. When the cookbook first came out, we all had it open all the time in the restaurant. I remember the pastry chef at St. John Bread & Wine, she absolutely loved Momofuku, and it would always be a topic of conversation.

Chang and I ended up having lunch at Bread & Wine. We met there. It turned out to be so easy. [laughs] He was really, really easy to talk to. He said I should come to New York, trail, see if I like it, and see if they liked me. That's how it happened, literally.

It was always Ssäm Bar that I wanted to go to.

How come?
This has actually come up in conversation before, since I've had St. John Bread & Wine regulars show up at Ssäm Bar. I feel like if you go to Bread & Wine, it's in East London, it's relaxed, and the food is really good. Ssäm is almost the New York City equivalent, not necessarily in terms of the kind of food, but because of the fun and relaxed style.

So, now let's talk about the gig at Ssäm Bar. How would you describe the service style at Momofuku? What's the key to being informal without going too far?
It is casual, fast-paced, and very informed. The company spends a lot of time and goes to great lengths to educate the staff and organize great field trips — I'd like to think all of that shows. I think the key to being informal is being attentive; we're informal but very professional.

What are those field trips like?
The thing with Ssäm Bar is that we have a lot of long-term staff, so you want to keep people motivated and really encourage teamwork. So I figured: let's have these gatherings which are outside of the restaurant but still have something to do with food. It's not just going to restaurants — we recently went to Roberta's — because it goes way beyond that.

It's actually not just Ssäm. The company has organized tours to Stumptown. We've done a couple of oyster field trips to Blue Island Shellfish, in Fire Island, where you go, learn about the oysters, eat, and go kayaking and swimming. In April, we're doing a ramp foraging trip outside of the city. It's crazy the cool stuff the company puts together.

How do you deal with guests that may not be familiar with the restaurant and come in expecting something that's more conventional fine dining?
That happens a lot. But it's exciting explaining the menu to new diners — how it's so great for sharing, and the different options that are available. It helps that our servers have so much confidence in the food to feel that they can guide people based on their questions.

Sometimes, we'll even choose a menu for them. Ultimately, though, we do what the guest wants. The goal is to create the ideal dining experience for the guests whether they choose to share or not.

It's Saturday night, 8 pm. What's the wait for a table for two? Is there any way I can speed that up?
It can vary, honestly. My suggestion would be to stay close by and grab a cocktail at [our bar] Booker and Dax. Sometimes, things can change very quickly, and tables become available sooner than anticipated. 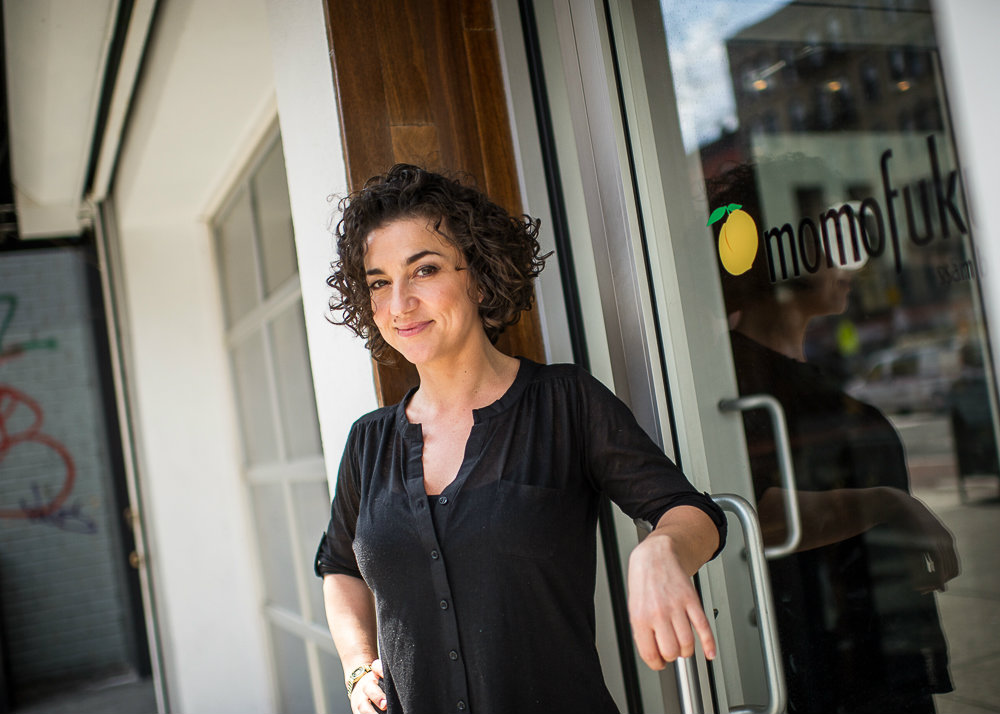 What's something interesting or important about Ssäm Bar, or working at Ssäm bar, that people might not know?
We're not strictly an Asian restaurant. There are certainly Asian influences, but from a food standpoint, we like to display a wide variety of culinary techniques and flavors. With our beverage program, we look to have great options that pair well with the food, whether you drink wine, beer, sake, or cocktails. And the story behind McEnroe...

I actually don't know the story behind those posters.
When I first started working here, there were a couple of stories floating around. I kind of love the ambiguity of it. If you ask any server when you are there, they will tell you the actual story. I like to leave it ambiguous, and Chang will just say we are McEnroe fans. But if you come into the restaurant, I'll tell you.

Have you had any outrageous requests from diners?
We certainly have interesting requests, but nothing too crazy. We do get some pretty hilarious voice mails though, like the guy who wanted to talk about his dim sum.

What was that about?
It was seriously just a guy calling saying, "I want to talk about dim sum, dim sum, dim sum." We get plenty of amusing voice mails, and that guy wasn't asking for anything in particular, either. We also got one from a lady in Los Angeles who talked about how much she loved Momofuku and asked if we'd go and open up on the west coast.

Do you have regulars? What are they like?
Yes, we have lots of regulars. It's great — all walks of life. Some have even become friends. They know who they are, and we love taking care of them. It's nice to think that people choose to spend one or even two nights out of their week at Ssäm. There is one guy who is awesome, and the chef particularly likes. He always orders so much food, but always — always! — starts and ends with dessert.

Tell me more about this guy.
The man who comes in and orders a lot of food — chef loves him. He usually comes in on his own, and once he ordered the four-inch pancake cake before he ordered his savory.

The pancake cake is the quintessential Milk Bar style, with the exposed sides, and layers of pancake, raspberry jam, and miso ganache. It's four inches wide, and about the same height. He ate the whole thing. When he comes in, he eats everything, and he's this tall, slim man. It's crazy.

What's the most essential tool for working this room?
Dovetailing! It is a vital part of our service. It's about teamwork and efficiency, being one step ahead. And keeping our front of house happy, because guests can sense it. There should always be a good atmosphere in the room. It makes for a more enjoyable experience, especially in this setting.

How have you seen the restaurant change in the two years you've been here?
For me, the cohesiveness right now between the back of house and the front of house is new in many ways, because it has solidified so much in the last few years. There's a lot of communication now, and it just feels a lot more interactive than when I started.

What do you think makes the restaurant unique?
Here, the menu changes often, and the chefs are always trying to come up with dishes that reflect their experiences in abroad. For example, the porgy dish came from chef Matt Rudofker's travels. There is that drive for the new at Ssäm, but there's always going to be those dishes that you crave, too: the rice cakes, the buns, the kimchi. They will either always be there or come back in some form. The place is reliable in every sense of the word. It's good for new things and things you always want.

Plus, like I said, it's informal, but we still aim to be incredibly professional. It's loud, it's boisterous, but I hope the care and professionalism come through.

When not at Ssäm, where do you like to eat and drink?
My spot at the moment is the Pines. I really love what they're doing there. Mile End is also one of my favorite places to go — any time of day, too. It's always so reliable and delicious, as are Prime Meats and Roberta's. If I were in the city more on my days off I think Mission Chinese would be sick of me! But I'm trying to check out new places as much as possible.

For drinking — I know it's cheesy — but I actually love the drinks at Booker and Dax. If I'm in the city, I'll always have at least one there.