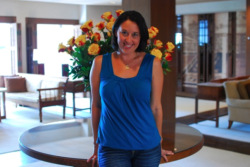 1) The Cocktails of The Great GoogaMooga: Julie Reiner of Clover Club and Flatiron Lounge divulges the details behind her plot to keep GoogaMooglers tipsy and drink lines to a minimum at the second annual The Great GoogaMooga. As the festival's "Cocktail Experience Coordinator," she's in charge of operations at the morning "batch tent," where she will help all participating bars and cocktail lounges keep up with the breakneck pace of boozing at the festival:

We're going to be making a lot of drinks, so it's an enormous matrix of how many drinks are we making, how many gallons of juice?We're going to be juicing everything on site, so that the cocktail experience will be what you get when you go to Pegu Club or Pouring Ribbons, or these lounges, because what we do on the day-to-day is what we want people to experience at this festival. 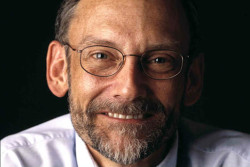 2) The Evolutionary Harold McGee: This week's episode of HRN's radio-documentary series "Evolutionaries" features master of food science Harold McGee. He shares the story of how he published his classic book On Food and Cooking, how he decided to devote himself to food science, and how the field has grown to meet the demands of passionate cooks and kitchen adventurers:

What really excites me are the number of people in the sciences who are taking an interest in cooking, who see it as a respectable subject, something that for many many generations it has not been?.There are now people in food science departments, chemistry departments, microbiology departments who are taking the best that science has to offer these days, and applying those methods of analysis to questions that are of interest to people who cook and people who love food, and not just to people who are manufacturing food and trying to do it more efficiently.

3) Local Beers with Local Grains: Jimmy Carbone of Jimmy's No.43 and host of "Beer Sessions Radio" asks June Russell of GrowNYC how the Greenmarket's Regional Grains program got their malting act together and started allowing local breweries like Kelso to not only brew locally, but with sustainable grains from the area as well:

We started out with our bakers, but quickly realized that looking for end users to support our grain growers would include distilleries and ultimately those that make beer once we have malting facilities. So once we had Valley Malt come on the scene a couple years ago, that has really opened up some possibilities for us?We're pretty excited to have [Kelso Brewery] working with the grains that are coming out of Valley Malt, and slowly getting those grains into the market where our consumers can access them. 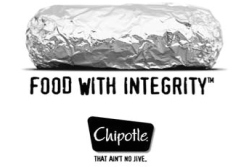 4) Chipotle's "Foods With Integrity": On this week's "Farm Report," HRN Executive Director Erin Fairbanks cuts right to the tortillas with Joshua Brau, Chipotle's high priest of food sourcing and sustainability. They undress the burrito, discussing the challenges behind finding suppliers for each ingredient that match both the philosophy and the scale of the company. On changing their model while embracing the parameters of fast food:

We're definitely a fast food company, and personally I'm really proud of that, I think fast food is an important component of the general food landscape, and I don't think it's going anywhere. Our mission is to change the way people think about and eat fast food. We're really proving that fast food can be cooked in the restaurant and can be made from really great ingredients. 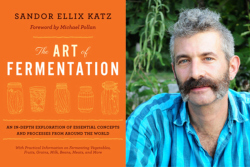 There is a broader movement of people who are trying to reclaim their food in general, who see the downside of centralized production of food and centralized agriculture. I see the renewed interest in fermentation as a part of a broader interest in where our food comes from...For a food that's as utterly simple to make as sauerkraut, an element of fear has been introduced. The number one question I get from people is 'how can I make sure I'm getting good bacteria rather than bad bacteria?'