Gravner Breg 2004. Sandrone Barolo 1989. Ornellaia 1993. These are not wines that you normally see offered by the glass at any restaurant, anywhere in the world. But Del Posto has been offering these options by the glass for several months now, in addition to many other wines of similar stature. Eater reached out to Del Posto Wine Director Jeff Porter to find out more details.

At Del Posto you offer a menu of wines by the glass, and then you also offer a different menu: wines by the glass "alla Coravin." What is the Coravin?
The Coravin, which was originally called The Wine Mosquito (I loved that name, 'cause we called it The Skeeter), was invented by a biomedical engineer out of Boston. The impetus for it was he was a pretty serious wine guy, had a big collection, and after his wife had their second kid, his wife wasn't into wine anymore. He didn't want to open a bottle for just one glass of wine a night. So being an engineer, he started creating a device to extract wine out without having it oxidize. He went through a bunch of iterations, and it took him about 10 years. Around 2010 he started showing the device to people. In 2011, a friend of mine put us in contact. He did a kind of show and tell here.

They had a blind tasting with a few sommeliers and we blind tasted the wines that they had what they call "accessed." Being skeptical of wine devices, I was like, "This is too good to be true." So we Coravin'd a wine that we had here, a Revello 2004 Barolo, and I told them to come back in three months. This was in September 2011. They came back in December 2011, and I gave them a fresh bottle of Revello 2004 to pour me blind side by the side, and I couldn't tell the difference. Then I was like, "Okay this thing is pretty legit."

How does the device function?
It is like a surgical needle that goes straight through the foil and the cork. It injects argon gas into the bottle when you press a trigger, and then when you release the trigger, due to the pressure change, wine comes out the same needle. The wine comes out, and the argon sits on top of the wine in the bottle to preserve it. So you aren't opening the wine. There is no oxygen exchange. It is like tapping a keg.

How have you been using the Coravin at Del Posto?
We've been using it since November of 2012, and in my opinion it has been a success. It hasn't been a category leader in terms of sales, but it allows access to wines that we would not normally be able to pour by the glass. It allows more people the opportunity to try a wine. We offer an expansive list of reds this way. And those are some interesting wines, some of which aren't too big of an investment when you compare the glass price to the bottle price. It's not every day that you get to try 1971 Bartolo Mascarello or 2000 Monfortino. And instead of the investment of $1,000 for a whole bottle, someone can just taste it for $100.

And are you seeing the same results using the device with older wines that you are seeing with younger wines?
Yes. The oldest wine we are pouring right now is the 1971 Mascarello, and it tastes great. The biggest issue is that the Coravin doesn't filter for sediment. So when we do an older wine where I know there will be sediment, like the 1998 Rinaldi has significant sediment, we strain it over a filter, directly into the glass. So we basically filter just the pour. The Coravin is gravity fed, so you have to angle it like you are pouring it out of the bottle. There is not enough pressure to have the wine shoot out of the Coravin from a standing bottle. So sediment can move when you angle the bottle, and you have to use a filter on what comes out. 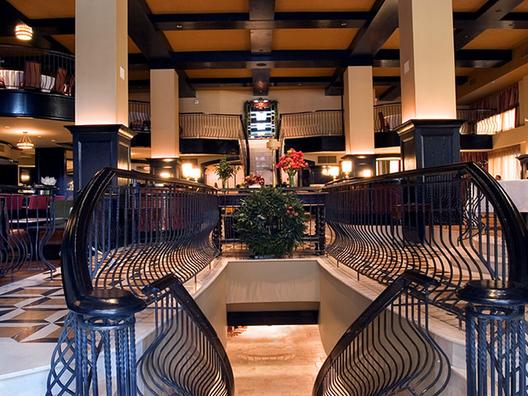 How has the program been received by customers?
The customer response has been amazement and awe. Also some disbelief at the beginning, but when they try the wine, the wine tastes fresh. We keep the bottles at cellar temperature to chill them and slow any oxidation down no matter what. The best part is that we offer a Coravin wine pairing menu. If someone says that they really want to go full bore, we can do it up. We can do a menu with Gaja, Bea, Fiorano, Aldo Conterno, and then '71 Bartolo, or whatever we feel like pouring. And that makes people pretty stoked. The whole idea of Del Posto is a grandiose experience. And this allows us to give someone a unique experience.

And in terms of sales volume, are you seeing movement?
Yes. Again, it is not a category driver. It is not huge volume. But every night there is someone who is interested in either doing a three ounce or a six ounce pour. It just expands our by the glass offerings without us taking the financial risk. I mean, otherwise I could open a bottle of Gaja Barolo and pour it out, but if I only sold one glass, I've already opened the bottle, and in three days I don't know that I'd feel comfortable pouring the wine for someone. So this allows me to protect that wine and to protect Del Posto. And people can have an experience of enjoying some of those iconic wines.

Is the idea to focus on famous wines?
That's the approach I took. The list has been like Quintarelli, Giacomo Conterno, Aldo Conterno, Rinaldi, and Sandrone. I tried to pepper in modern and traditional together, but the iconic names. These tend to be the wines most people talk about and want to experience. Now that it is spring we are going to change the selection up a bit with some things from the cellar, though. I'm looking to expand the white selections.

How often does the Coravin list change?
We've gone through two iterations, and those haven't been big changes, more about changes in certain vintages or bottle sizes. But nothing philosophically has changed. If you didn't try the '71 Barolo tonight there's a good chance that it will still be here in a couple of days.

Are you getting the sense that some of the guests ordering these wines this way have never tried them before?
Definitely. Many people are excited because they have read about a wine, or even have it in their own cellar, but have never tried it. And sometimes we comp small tastes from the Coravin to give people a sense of what they might be interested in buying by the bottle when they've never had a wine like that before. If someone says they really don't know what I mean when I say "traditional" or "modern," it can help to give people a taste of what those terms imply. And what I'm giving them is a great taste, a classic taste: that can feed someone's curiosity.
· All Wine Coverage [~ENY~]
· All Coverage of Del Posto [~ENY~]