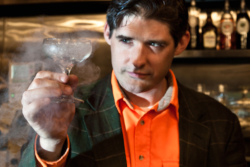 1) How to Cook a Bad Burger in Seconds: On this week's episode of "Cooking Issues," cocktail master Dave Arnold answers a listener question about the Instant Burger. Arnold explains how the efficient but gimmicky device works, and why it's not really geared towards burger connoisseurs:

You have two conductive plates. You set the thickness of the plate with a spacer on the inside, you smash the thing down, it squishes the burger flat, and this is why you don't use salt because presumably it changes the conductivity of the meat, and from what I can gather on the literature and the various patents on it, it passes a large electric current through the meat?It literally heats the burger by zapping it with an electric current?People who wanted rare burgers weren't buying the Instant Burger, it's the people who don't want to think things that were buying the Instant Burger. 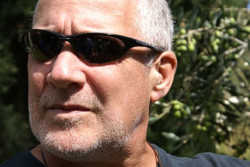 2) Changing the World of Cheese: As Master Cheesemonger at Fairway Market and author of the indispensable tome The Cheese Primer, Steve Jenkins is on a career-long fight against boring cheese, and he has a few battle scars and plenty of stories to prove it. His efforts have brought a mountain of unique cheeses to the city, and with this segment, the first in a new series of half-hour radio documentaries called "Evolutionaries," he talks about his journey. Here's Jenkins discusses smuggling raw milk cheese into the market before any customs officials knew what to look for on a French cheese label:

Everything I sold was illegal for years and years and years. So I just thought that was the coolest thing in the world. Not only was I a renegade and a rogue and a pioneer and a bandit, but I became a curator of the greatest assemblage of French, and then later Italian and Spanish and English and American cheeses the world has ever known. 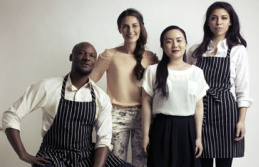 3) The Aesthetics of a Menu: Michael Harlan Turkell talks to Diana Yen of The Jewels of New York, a multidisciplinary creative studio that merges dining with design. Besides planning culinary events, Yen also helps clients build a perfect menu to match their restaurant, from the wording to the design layout:

It's kind of like writing a song. You don't really know the details yet, but you know the basic structure and you're thinking about the flow and what should come first. If you think about it, it's about what pairs with what and how you want it to unfold?Then I work with the client to see if it sounds good together, what they like, then we keep writing this song, and when we play this song, that's when it's time to talk about how it's going to look. 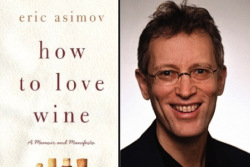 4) Eric Asimov on Wine Tastings: Joe Campanale invites Eric Asimov, the chief wine critic of the New York Times, in to talk about the business of blind tastings, internet wine sales, and whether or not beverage programs and wine lists need more coverage in restaurant reviews. On the importance of context in wine tastings:

Good wine is always changing and evolving. Talking about wine has a lot to do with context—the food, the people you're with, the season, your own mood. When you talk about a blind tasting—the context is the other 49 wines, which is unnatural and you're ignoring a lot of cultural information that can inform you about a particular wine. Good wines are cultural expressions, they aren't just isolated flavors and aromas in a glass—they convey where the grapes were grown, the heritage, the people, the history—all of this is important to convey in a wine. 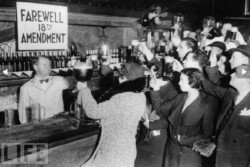 5) Theatrical Dining with Prohibition NYC: Chef Rob McCue, James Monahan, and bartender Sean McClure are joining forces to pull off an underground theatrical dining event called Prohibition NYC. They talk about the planning that goes into this micro-popup format, the current iteration of which will feature cocktails, music and actors reminiscent of Prohibition-era NYC, staged in a secret location. Chef McCue, a veteran of the Fox reality show "Hell's Kitchen," explains the thrill he gets from the project:

For me, I love just taking the journey back through time?The restaurant world, it's great, I respect those guys hitting the ranges each night, but for me, I need a little bit more thought process going into research and looking back on time and just trying to tell a story through food rather than doing the whole restaurant thing, it's just the direction I choose to go and I think we got a different brand and a different look that nobody else has really got out there.