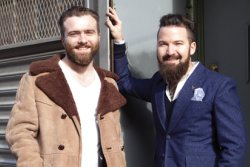 1) From Milk & Honey to Attaboy in Two Months: Damon Boelte of Prime Meats and host of "The Speakeasy" talks to bar buddies Sam Ross and Michael McIlroy about the breakneck, two month turn-around they underwent to convert the old Milk & Honey space into their new speakeasy, Attaboy. On making the daily schedule switch from a bartender's hours to a bar builder's hours:

Those couple months we were closed during the renovations, hours were changed significantly from being a bartender for 14-odd years and getting up around midday, on an early day, and then getting home until 5 to just change, getting and being there at 9 o'clock, making sure the contractors were on top of their game, making those phone calls. Did you know business hours close at 5 pm?

2) Kitchen Nightmares and Mishaps: Patrick Martins, HRN founder and host of "The Main Course," invites Liz Clarke of Bubby's in to reminisce about the botched nights of service that make her appreciate a regular, hiccup-free night in the kitchen. Besides the usual grizzly meat slicer and butchering slip ups, Clarke shares the first, and surprisingly more fortunate, of two grease trap incidents during service:

You ever smelled what grease trap is? It's disgusting. So the grease trap is a big tank where, with all of the sinks and the dishwashers running, all the oil will drop, and it will collect and it will cake and it will look big and gray and nasty and alive, it's really a nasty concoction of weeks worth of food. Last weekend one of the grease traps overflowed into the kitchen--and the new computer crashed at the same time. It was a clogging situation, and we had an extraordinary busy week of Easter, so the busier it is, the more that equipment is stressed, and it just, it happens. 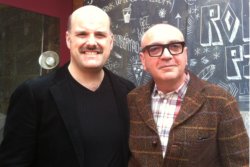 3) French Perception of American Chefs: On this week's episode of "Taste Matters," international food journalist Andrea Petrini shares his views on the changing world of food journalism. He also discusses the French response to current European and American culinary trends:

The idea of having a fun place producing a high quality of cuisine is really hot in Europe, there are many links between Europe and the American restaurant scene. The average French person still doesn't totally accept that there are incredible places, incredible chefs, all around Europe. They are still trying to digest the big boom of Ferran Adria at El Bulli. Can you imagine now going to Denmark and eating wild herbs and even ants? For sure, no. But, the more well-informed perception is that definitely there are plenty of great chefs. 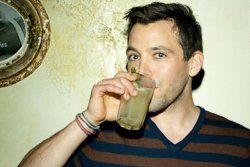 4) On Cider and Perry: Jimmy Carbone of Jimmy's No. 43 invites Tom Oliver of Oliver's Perry & Cider House along with BR Royala and Joel Shelton of Shelton Brothers Importing into the studio to discuss their mission to grow the market for cider and perry (a drink made from fermented pears) in the states. Oliver, who hosted a cider tasting at Jimmy's No. 43 last week, discusses the appeal of cider to a wide range of drinkers:

There's always been the die-hard cider drinker who will drink the still, dry ciders that are the way the apple has fully fermented that will give you this dry, still cider, but nowadays they're able to sparkle ciders, sweeten them and add carbonation that will give them a real appeal across the board from the dry cider drinker to the young person who wants a little bit of sweetness. 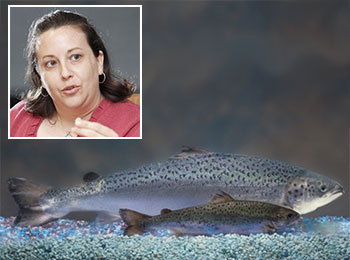 5) GMOs and other Fishy Business: Patty Lovera, assistant director of Food & Water Watch, fills listeners in on the unknown and potentially dangerous effects of GMOs on the food industry. She talks about the rapidly changing processes and the various available products, in particular a fish named "AquAdvantage," a genetically modified salmon from AquaBounty Technologies. On the risks and concerns of the new techologies: