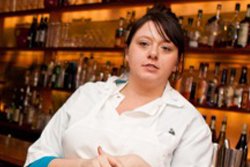 1) Dealing with Surprise Visitors at Back Forty West: Heritage Radio Network and Slow Foods USA founder Patrick Martins talks to Shanna Pacifico, the head chef of Back Forty West, about the stresses of managing a professional kitchen and how she hit her stride at the one year mark. She discusses the difference in pressure she feels when the DOH visits versus when a food reviewer stops by:

Every restaurant in this country, when the reviewer walks in, everything stops. Service has to continue, but that is the most important thing, not only for their table, but for every table around them, because if you overcook somebody's steak next to them, they're going to pay attention to that. It is normal operation. You can focus and do a really good job, but you're only as good as you are, so you have to be the best at that situation. 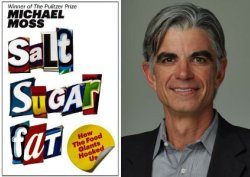 2) Tricks of the Junk Food Trade: Pulitzer-prize winning reporter Michael Moss goes inside the world of junk food in his new book, Salt Sugar Fat to uncover the dirty truth about the industry. In this HRN "Community Session," Eddie Shumard sits down with the author to discuss the process of writing the book, and what he learned from talking to the industry's representatives. In addition to learning that Frito-Lay uses a $40,000 robotic chewing simulator to determine when a chip has reached its moment of chip perfection, he learned a bit about the people behind all the processed food:

They themselves are hooked on these three ingredients, [salt, sugar, and fat]. They are the holy grail of the processed food industry for providing convenience, because they act as preservatives, for enabling their foods to be incredibly low cost because they're so cheap, especially salt, and for providing this utterly-irresistible taste that keeps their sales up and keeps Wall Street happy.

With every first year event, we're going to learn a lot. We took all the feedback from last year and we're trying to improve in lots of different areas, certainly working with the restaurants to make sure they're set up properly to serve as much food as possible, working on capacity. There are lots of things we're doing to make sure it's a better experience this year. 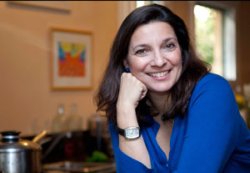 The nomenclature is confusing, there is no real definition of what greek yogurt is, beyond the fact that it's thick. How you achieve that thickness is up to the ethics of every "Greek" yogurt producer in this country. One of the great things is that it's opened the door to an interest in other healthful aspects in Greek cuisine. 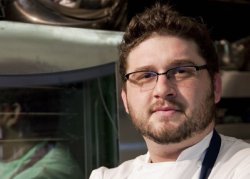 5) Inside Recette: Joe Campanale asks Jesse Schenker, chef and wine director of Recette in the West Village, about the pros and cons of having all the food, wine, and front of house details come directly from him and his wife. Like any solid small restaurant owner, Schenker has learned a bit about plumbing and electrical repair, but he's also found crafty ways to expand his own skills and knowledge, especially in the wine department, as a way of reducing costs and better serve his customers:

For the first couple years you'd have these wine drinkers come in and these big Burgundy guys and they'd say, 'Your food is amazing, but your wine list doesn't match up.' I didn't really understand that, I just thought, It's a Pinot Noir, what's the difference? So I learned a little bit, and then I just became a "name brand whore," so to speak. I looked through all these great wine lists, looking for the common themes common producers, and then went on a hunt for where to find them.