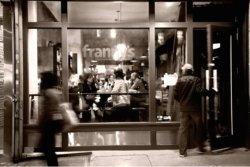 1) Jonathan Adler of Franny's on Growing with the Barclays Center: Jonathan Adler, executive chef of Franny's on Flatbush, talks about the impact the addition of the Barclays Center has had on the neighborhood, and his restaurant in particular. He credits the kitchen and the front of house with holding on to their regular neighborhood customers while making room for new concert-going guests, managing the various expectations seamlessly:

We immediately started tracking [concerts and Nets games] on our end of night reports?and within a month they had it down, how to handle Barclays events, whether it was having to get extra staff to work half shift at the beginning, or whether it was having family meal on the weekends a bit earlier because we knew we were going to have a pre-game rush when we would normally be eating, and they've been absolutely amazing at orchestrating how the restaurant navigates those events. 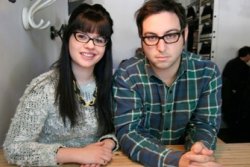 2) Noah Benamoff of Mile End Delicatessen on Deli Authenticity: Mitchell Davis of the James Beard Foundation sits down with Mile End Deli's Noah Benamoff to talk about the resurgence of Jewish cuisine, how NYC delis have changed over time, and where Mile End fits into the New York deli landscape. Davis and Benamoff, recalling the cuisine of their shared Canadian-Jewish background, discuss their ideals and debate the definition of the quintessential deli, tracing it's disappearance back to health food trends:

North American culture began to consider salty fattening foods bad for you, so when you actually visit some of the old delis that were established 50 to 60 years ago and have lived through this cultural shift in how North Americans eat, you go to those delis and see weird stuff that are not remnants of the original thought of that deli, but rather remnants of the 80s and the 90s where delis started serving, you know, leafy green salads that have nothing to do with "deli," and I think it was that turn towards trying to be more healthy that I think really pushed Jewish cooking and Jewish food out of that stage, for Jews particularly. 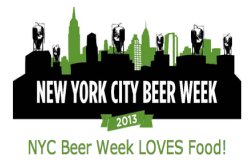 3) NYC Beer Week with Beer Sessions Radio: Josh Schaffner, founder of NYC Beer Week, talks about how the beer-centric event has grown over the past few years, and about the future of beer in New York. He shares how his work-related travels have bolstered his appreciation of the U.S. brewing scene:

I defined what I was doing and my success rate by which bars I was checking out and who I was talking to and visiting breweries. As I travelled around the world, a lot of what I kept hearing from people, which is a nice accolade to what's going on in the states, was, 'Yeah, we're ten years behind, we're twenty years behind, we're going to be where you are.' And they look at what we've done here in the States as kind of the goal. For me, it's been the norm and what I've grown up with. 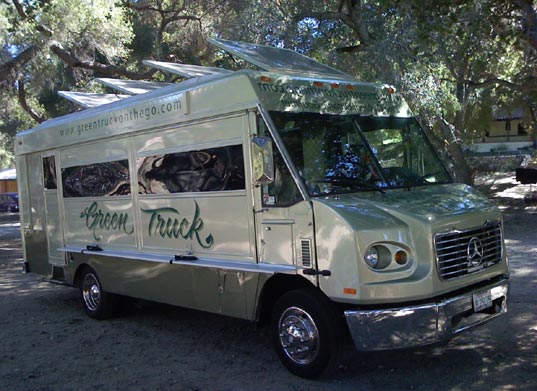 4) Built-to-Order Food Trucks Starting at $100,000: Phil Colicchio talks to Deepak Devaraj and Joe Falvo of Feeding Innovation, a custom food truck fabrication company, about their commitment to a growing low-investment industry that, as they see it, has the potential to triple in size over the next three years. They provide everything for budding mobile food entrepreneurs--design and branding consulting, custom outfitting, even help with getting the necessary health permits. Colicchio, who long ago offered Devaraj the tip that "food trucks will be to the restaurant industry what franchising was years ago" asks the Texas-based duo for thoughts on NYC brick-and-mortar restaurants' clashes with food trucks:

I don't think anyone sees them as evil by any stretch, I think it's the classic 'I don't understand you, so I'm against you,' but as I understand it, if I embrace this as my own, I may be able to enhance my particular brand. There's nothing to say that my restaurant on say, Broad and South, can't fit out a truck and run it around town and further enhance my brand. And I think that's the spirit of appropriate competition. 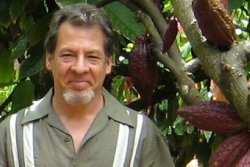 Like any chef now that has available to them a vast array of spices and flavorings, the Meso-Americans - and that includes the Mayans, the Zapotecs and the Aztecs - they had a myriad of spices as well. So what I've created was basically my palate - what would go well together.

He also addresses the rumor that the earliest versions of hot chocolate tasted bitter, when they were actually mild and spicy.