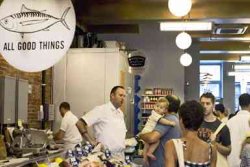 1) All Good Things in Tribeca: Jessie Kiefer and Jen Tullock of "The Morning After" bring in Ryan Tate and Kyle Wittels, the chef and the designer behind the new restaurant and market All Good Things in Tribeca. The market houses a selection of food from eight vendors, including Blue Marble Ice Cream, Cavaniola's Gourmet Cheese Shop, and Dickson's Farmstead Meats. And underneath the market, there's a restaurant that has a very no frills approach to dining:

There are no traditional servers, the cooks all bring the food as it's prepared. The cooks describe each dish and how it ties together with the previous dish or goes with what's next. We serve absolutely the best things we can get our hands on, one menu every day, no choices, no options. The concept is to get people to sit back and relax and have a good time and just enjoy each others company, and enjoy what we do. We're all professional cooks and we know what we're doing, so if you can trust and relax, you'll have a good time. 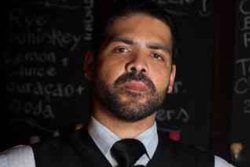 2) Giuseppe Gonzalez's Golden Cadillac: In one of the few HRN shows flagged for explicit content, bartender Giuseppe Gonzalez of Painkiller joins host Damon Boelte of Prime Meats on "The Speakeasy" to talk about his plans for the upcoming opening of his East Village project, Golden Cadillac. Named after a drink, and as an homage to his grandfather's favorite car, the bar will focus on unpretentious classics and on letting people drink what they like:

It's easy to pigeonhole something and just do old drinks. The fact of the matter is I don't think there's any such thing as a bad drink. There are bad bartenders, there are bad products, there are bad techniques, there are a million ways to make a bad drink, but if you really give things thought like some restaurants are doing--like one of my favorite restaurants on earth, Parm--you take really old-school family style shit, and they can make it beautiful and they can make something so excellent that doesn't resemble the original product, just with a little bit of thought. 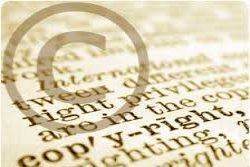 3) Trademark and Copyright Protection in the Restaurant Industry: Attorney and intellectual property specialist Lisa Pieroni talks about how important it is for chefs and restaurateurs to know about trademark and copyright laws as they pertain to their image and ideas. She's helped Terroir, Cannibal, the Momofuku empire, and others understand how to develop a concept that's packaged in way that's easy to protect. Pieroni explains how to keep control of ideas that aren't protected by law, in particular, recipes: 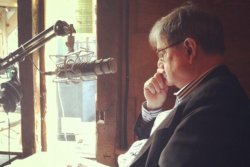 4) The NYC Restaurant Scene of the 1870s: Yale Professor and restaurant history hobbyist Paul Freedman is working on a list of "Ten Restaurants That Changed America," but it's a bit broader than the ones you'd normally see. He's looking at where travel guides have steered diners over time, how menus change as their intended audiences change, and where upper and lower classes have overlapped in the dining world:

Every society has a few dishes that both rich and poor like and have access to. Oysters were very cheap, available everywhere, certainly in New York, once you get out as far as Minnesota then they do become expensive and they're not the food of working men, but they also were highly prized by the wealthy. I would say in the middle ages chicken and herring were like that, they were food both the rich and the poor ate, whereas the rich ate spices and the poor weren't supposed to. The poor would eat root vegetables and the rich despised them. 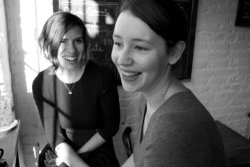 5) Getting a Good Food Job: On this segment of HRN's "Community Session," Erin Fairbanks talks to the women behind Good Food Jobs, a job board for jobs centered around food ethics and sustainabiliy, in anticipation of their upcoming food job fair, the Just Food Conference. Taylor Cocalis and Dorothy Neagle, both partners in the site, share their ideas of how to gauge the value of unpaid internships, the importance of creativity in the job hunt, and prioritizing career-mindfulness at every step:

Our job search has gone the way of the sound bite culture. A lot of people approach job searching the same way they would be cramming for a test. They want to know exactly what answers they need to know for that test because they want to get a great grade, which is the equivalent of being able to share that you have this awesome job with an incredible title and a great salary that, at the end of the day, might not leave you that fulfilled. What we want if for people to really think about these things and to understand their career goals in a really effective and strategic way.