Share All sharing options for: A Guide to New York's 'Secret' Burgers

It's hard to keep a secret in New York for very long. Here's a guide to five "off the menu" burgers that you can order in Manhattan restaurants. 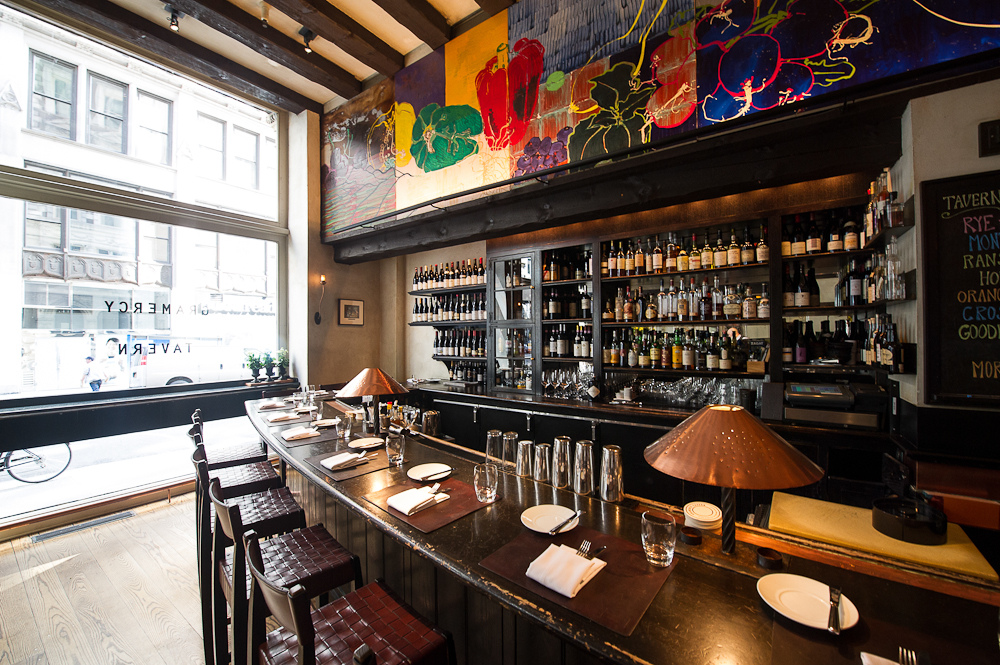 1) Gramercy Tavern: For the last two years, Gramercy Tavern has served an off-the-menu cheeseburger during lunch made with beef that is butchered and ground at the restaurant. The grilled patty sits on a fresh-baked graham bun, and it's topped with cloth-bound cheddar cheese, Bibb lettuce, raw onions, and pickled onions. Homemade ketchup, whole grain mustard, and Thousand Island dressing come on the side. Although Gramercy Tavern started out serving about 20 of these burgers a day, a host at the restaurant tells Eater that they've upped the number recently. Sometimes, the restaurant even has a few to offer at the beginning of the evening. Check out a picture of the burger here. [Gramercy Tavern Photo; Burger Photo: Nicole Franzen] 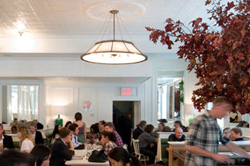 2) Peels: The secret, off-the-menu burger at Peels is a thick grilled beef patty topped with gooey pimento cheese, bacon, shredded lettuce, and pickled onions. It comes with a side of crunchy tater tots. Peels has been serving this since shortly after the restaurant opened in 2010, but it's never been listed on the dinner or lunch menus. Click here to see a photo of the burger. [Peels Photo; Burger Photo] 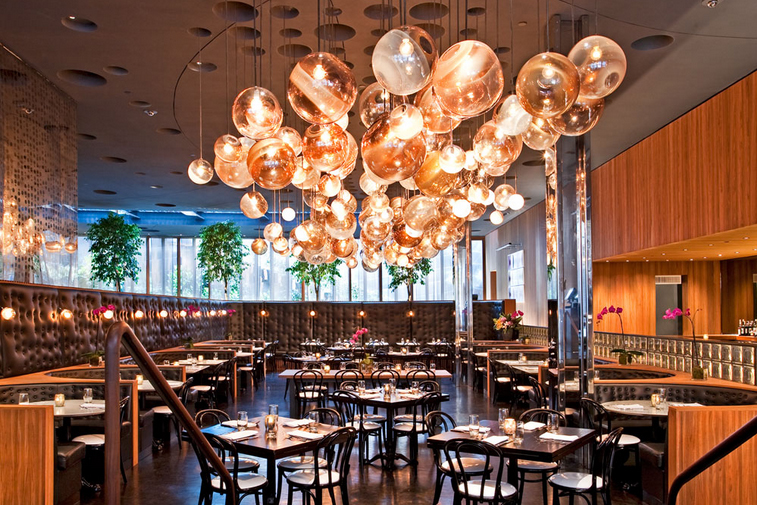 3) Marble Lane: Last year, Marble Lane started offering a bonkers burger that's not on the menu. The "Murder by Burger" is made with an eight-ounce patty of Pat La Frieda aged beef, a fried egg, bacon, Comté cheese, sautéed mushrooms, avocado, tomatoes, steak sauce, caramelized onions, pickles, and one onion ring. A knife is stuck in the top of the burger to keep it standing up straight when it hits the table. The "Murder by Burger" is available in the dining room for lunch and dinner, but only if you ask for it by name. Click here to see a picture of this meat monster. [Marble Lane Photo; Burger Photo] 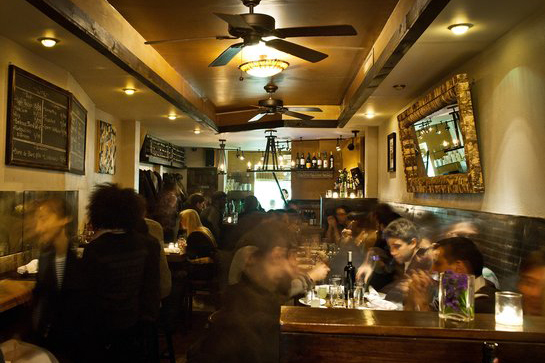 4) The Brindle Room: The "Sebastian's Steakhouse Burger" at The Brindle Room is made with a good amount of fat-rich deckle meat. It's cooked in a cast-iron skillet, then topped with American cheese and caramelized onions, and served on a lightly-toasted white bun. Although this is one of the most beloved dishes at chef Jeremy Spector's East Village restaurant, it's not listed on the dinner menu. But a server at the restaurant tells Eater that the kitchen will always make it for you at night if you ask. Check out a picture of the burger here. [Brindle Room Photo; Burger Photo] 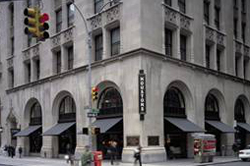 5) Hillstone: Both of the New York Hillstone locations serve a secret "Hickory Burger." This is a medium-sized patty of grilled beef topped with shredded cheddar cheese, chopped onions, a thick slice of Canadian bacon, and hickory barbecue sauce. Although Hillstone is a somewhat large chain (it's Houston's identical twin), the restaurant grinds its burger meat fresh every day. It's one of the better chain burgers around. Click here to see a picture of the burger. [Hillstone Photo; Burger Photo] 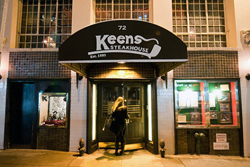 Also of Note: Last fall, Stone Street Tavern was offering an off-the-menu peanut butter and bacon-topped "Elvis Burger." An employee at the restaurant tells Eater that it's not currently offered, but they might bring it back as a secret special soon. Keens serves two excellent burgers in the pub room, which, like all the dishes on the pub room menu, can be ordered in the dining room during the lunch. And, although there's no set protocol for ordering, some people claim that you can order a "Shack-Cago" Shackburger at Shake Shack (that's a Shackburger topped with the relish and fixings from the Shack-Cago Dog), and a bun-less "protein-style" Shackburger if you ask politely at the counter. UPDATE: A rep from Shake Shack says that people definitely order "protein-style" burgers and they can accomodate that, but apparently nobody ever orders a "Shack-Cago" Shackburger.

Do you know of another off-the-menu burger? Share your secrets in the comments.