The reservations for Momofuku Ko's fifth anniversary dinners go live at 10 a.m. According to the official Momo site, "some of the original chefs and menu items will be added back into the rotation" for two nights at the end of the month. The menu will be served at the original 2008 price of $85 per person. UPDATE: As of 9:55 a.m., it looks like the Momofuku Ko site is down. It's like 2008 all over again. UPDATE 2: Here is what you will see if you log on to the Momo site right now: 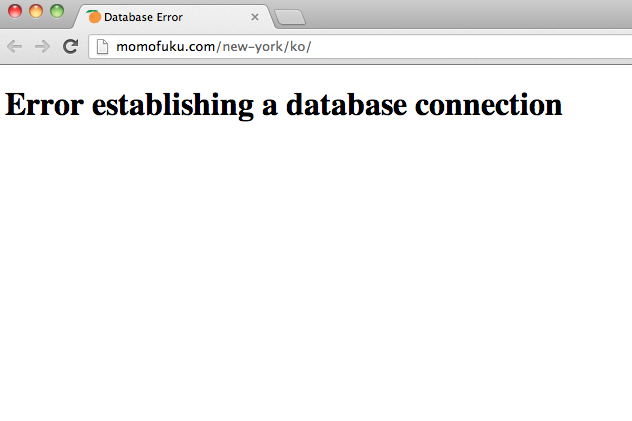 [At 10 a.m.]
UPDATE 3: Team Momo has figured out solution to the server problem. From the Lucky Peach Tumblr: 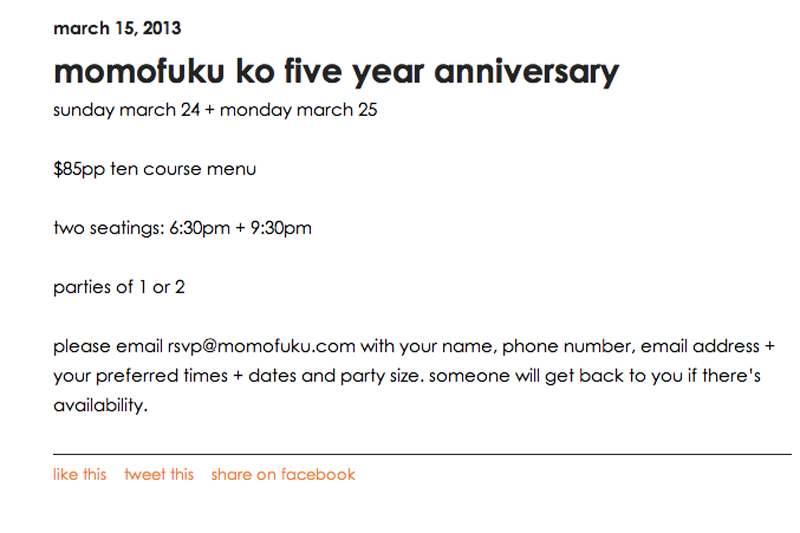 [10:05 a.m.]
So, if you want one of those seats, email rsvp@momofuku.com with your info.
UPDATE 4: From the official Momo Twitter account:

thanks for the love, nyc. sincerest apologies for our website going down. 5 years old but same problems as day one. #olddogsametricks