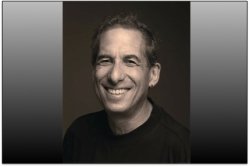 1) Scott Haas on the Fragile Psyche of the Professional Kitchen: Clinical Psychologist Scott Haas swings by "The Morning After" to shed an academic light on the mental state of the professional chef. In his new book Back of House: The Secret Life of a Restaurant, Haas follows Boston chef Tony Maws of Craigie on Main and his staff to learn about the psychology of the restaurant kitchen. Maws was surprised that the book so candidly covered the psychology and personal dynamics of the kitchen rather than the "psychology behind the dishes." On the delicate balance of working in a kitchen:

While you're [at the restaurant], you can put your problems, your issues on the back burner, which is a sweet thing. On the other hand, it's one o'clock in the morning and you've been cooking for eight hours, or been on your feet for eight hours, and serving occasionally grumpy customers, or entitled customers, or even nice customers, and it's hard to unwind. So the temptations for people entering the field, and who often who don't last in the field, is, at one o'clock in the morning to behave in ways that are dissolute. So there's a lot of temptation. The real issue for people who have longevity in the business is a lot of self-discipline. As Daniel Boulud said to me in the book, 'At the end of the day, it's a profession. You're running a business.' So if you take a business-like attitude to it, you'll be successful at it. 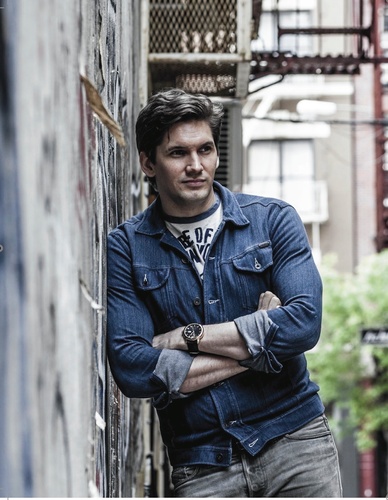 2) Nico de Soto on Bringing the Bar into the Kitchen: Damon Boelte of Prime Meats hosts of "The Speakeasy," and brings in Nico de Soto of the Experimental Cocktail Club to talk about how his world travels influence his drinks. De Soto, who worked with ECC in Paris and London before coming to NYC to mix drinks at Dram in Williamsburg, talks about approaching drinks from a culinary perspective:

There's still a limit to what we can do because we have a small kitchen and we don't have all the equipment that a chef would have, so it wouldn't go further than that. When you work with a kitchen, and they have sous vide, then you can go further and create more and more. And it's even better when you can work with a chef. [As a bartender], we know our spirits, we know combinations, but the chef knows stuff about food and real cooking, and that we don't know. When you can combine both together, it's super interesting. 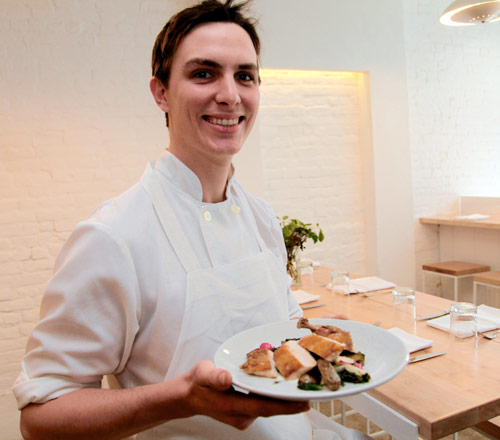 3) Parrish Hall and Egg Founders on Defining Northeast Cuisine: Heritage Foods founder and host of "The Main Course" talks to Evan Hanczor and George Weld about branching out into dinner service, a new space, and a new cuisine with their Williamsburg restaurant Parrish Hall, while getting the best value out of their new wholly-owned and devoted farm Goatfell:

We have this restaurant Egg that's Southern and works in a tradition that's very well defined and deep and old and delicious and identifiable. With Parrish Hall, I was thinking of growing up in this region, and we ended up asking ourselves, 'What is North Eastern cuisine?' If you can define Southern cuisine so fully and richly, why isn't that established for the Northeast?

Martins also asks Hanczor and Weld to weigh in on using every last bit of the animal:

You shouldn't be limited to have to use the whole pig. Bring in a hundred Boston Butts and its the farmers job to figure out a way to get local quality and sustainable quality, so why do it? You bring a half pig or a whole pig every single week, so describe that challenge, since you're really affecting the menu if you have to use the whole thing. 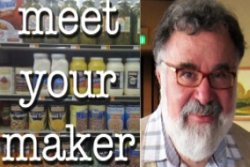 4) Community Grains Wants to Bring Flour Back from the Dead: Rachel Wharton, deputy editor of Edible Manhattan and Edible Brooklyn, hosts "Meet Your Maker," a show that deals with the people behind food production. This week, Bob Klein of Community Grains talks about why he wants to get people excited about the taste of flour. Klein promotes "true whole grain" flour, a type of flour that lacks a long shelf-life, but keeps the living parts of the grain--the germ and the endosperm--while maintaining the grain's real flavor. On why wheat varieties should be considered in the professional kitchen:

If you're a cook, and you're looking at wheat as a component of a dish, how do you create a vocabulary for those flavors? A protocol for understanding the functionality of those flours and an educational process so that people understand what they're doing? 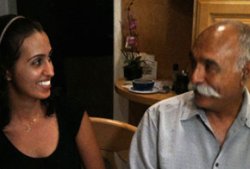 5) Anne Saxelby and The White Moustache: Back from maternity leave, Anne Saxelby of Saxelby Cheesemongers latest from the world of dairy to the airwaves on "Cutting the Curd." Saxelby chats about cultures with Homa Dashtaki, proprietress of the family-run Persian and Greek yogurt company the White Moustache. She explains how she uses her legal background to navigate the regulatory framework for small-production food in California, and the rewarding challenge of running a company with her parents:

We've had our tense moments, and it's really changed a little bit of our dynamic, because we grew up in a very patriarchal family. This is me and my dad trying to run a business and I can get really bossy sometimes. Growing up you really see your parents as parental figures, but as adults, this has really given me the opportunity to enjoy my folks as people and to collaborate on this project that is totally outside of that dynamic that we had.