There is no stopping the Tørst Train. Right now, a team of beer-loving rebels — including Momofuku vet Daniel Burns and "gypsy brewer" Jeppe Jarnit-Bjergsø — are hard at work building the Greenpoint bar/restaurant that might just change the way that people think about beer, bars, and restaurants. The Tørst team sends word that they hope to open on March 8, that is, if the elves can finish their work in time.

A few pictures of the build-out have surfaced, including one shot that shows a bizarre spiral design on the ceiling. There is most certainly a hidden message in its design. It's time to crack the Tørstvinci Code: 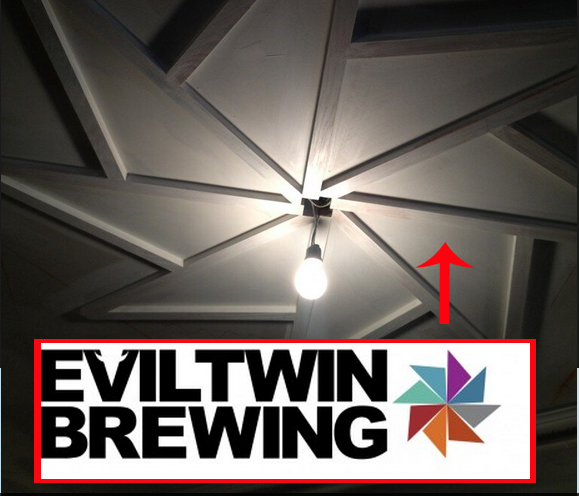 [Photo]
Why yes, it looks like the design on the ceiling is a reference to Evil Twin Brewing, the Danish beer company that is owned and operated by Tørst team member Jeppe Jarnit-Bjergsø.
· Momofuku Vet Daniel Burns to Open Greenpoint Beer Bar [~ENY~]