Take a Look Back at Hottest Chefs Through the Years

Share All sharing options for: Take a Look Back at Hottest Chefs Through the Years

This year's hottest chef competition is happening right now, having gotten trimmed down to a svelte and exciting one-day sexytime extravaganza. Since this is the fifth ever edition of the annual competition tradition, it's worth taking a look down memory lane at the hot chefs of last year and beyond. Let's enter the Eater Time Capsule, shall we, and take a quick look at four years of sexy competition.

2008: Allegretti is the First Hottie 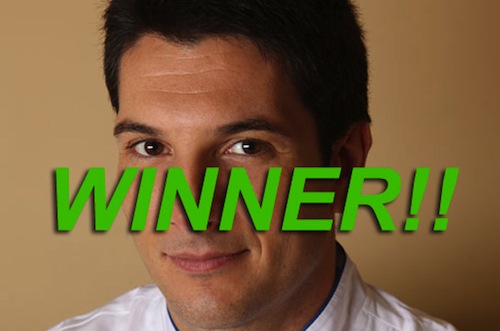 In the inaugural round of Eater's Hot Chefs, New York City got lost in those dreamy doe eyes of Alain Allegretti, then of his short-lived Flatiron District restaurant Allegretti, now with the year-and-a-half old Bistro de la Promenade. He beat out 44 other hot chefs, vanquishing Lon Symensma?then of Buddakan, now of ChoLon Bistro in Denver?by a mere 137 votes. 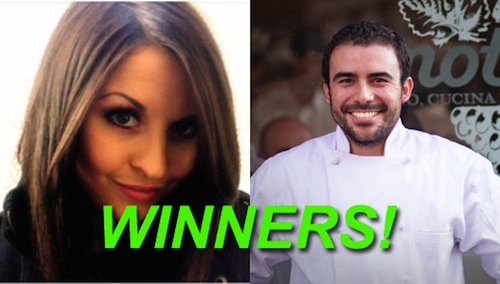 The final round in 2009's competition was even closer. Sorella's Emma Hearst was officially crowned the Hottest Chef in New York that year, but she beat out 'inoteca's Tomas Curi (who's now at Corsino) by just 56 votes. That was just .4% of the final's total vote count, which means Curi is the only chef in the history of Hot Chefs to win a consolation prize: he was officially crowned the hottest male chef in New York.

There was no competition in 2010, so Hearst and Curi kept their titles and bragging rights for two full years. 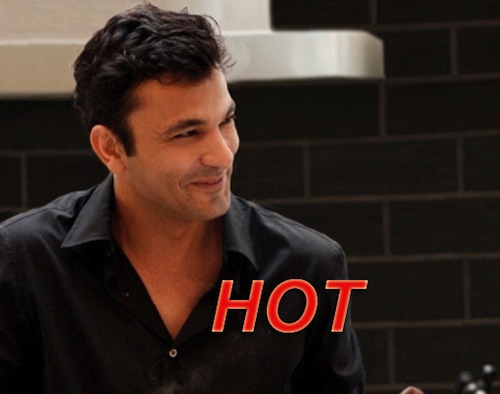 When the hottest chef competition returned in 2011, 30 total chefs battled it out for the coveted prize. This year, though, Junoon's Vikas Khanna would. not. be. denied. The beautiful man and executive chef at Junoon ran away with it, more than doubling his competitor Paul Corsentino of The National's vote total in the final round. Over 14,000 fevered fans voted for Khanna that year, making him?unlike Hearst in 2009?the undisputed hottest chef in New York City. 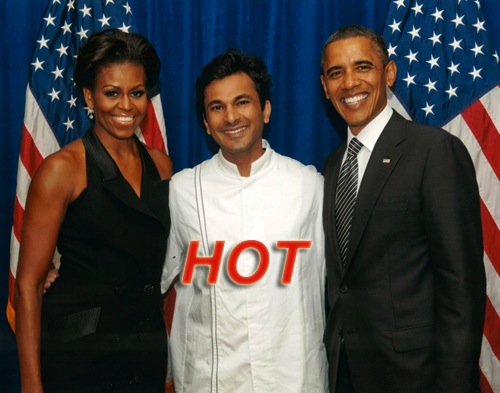 As the defending champ, Khanna entered the 2012 competition as a clear favorite. Even still, his run of dominance is truly remarkable. Let's take a look: In round one, over 1,000 votes to Richard Capizzi's 600 or so. (To put it in perspective, neither of the previous winners, Emma Hearst or Alain Allegretti, even made it out of the first round.)

Round two was a little tighter, beating out stiff competition from Wong's Blake Joyal and Ashley Merriman, then of Butter and The Darby. And in the final, he handily beat the gorgeous vegan icon Sarma Melngalis.

And this explains this year's new rule, that defending champions cannot compete again.
· All Coverage of Hot Chefs [~ENY~]