And now, Levi Dalton, the sommelier behind the I'll Drink to That podcast, files on a notable shift in the wine world. 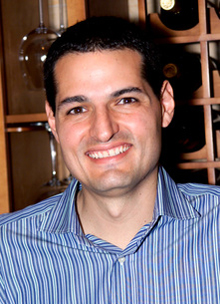 Antonio Galloni was coming into the restaurant, and although I had met him once, I didn't know him well. How is he? What does he like to drink? I inquired of another sommelier who had hosted Galloni on several occasions, and that person issued the statement that I think best sums up Galloni for me today, "For wine, Galloni is a lover, not a hater." Over the course of his wine criticism, first at the Piedmont Report which Galloni founded in 2004, and then later at the The Wine Advocate, which he announced today that he will soon leave, Galloni has mostly steered a course through the middle, and avoided settling into one wine tribe or another. In an era where it is common for wine writers to lead with the subjective and sometimes, the damning, Galloni has rallied around the theme of enthusiastic consumption and consideration.

Sometimes his catholic tastes have surprised me. Galloni has embraced both the big and bold from California and the traditional from Barolo. As he goes on now to launch his own online venture in the wake of the recent sale of the Wine Advocate. I suspect that he will continue to thread the critical needle, attempting for an authoritative voice in what is now a very big and very verbose world wine conversation.
· A New Web Venture for Antonio Galloni [NYT/DJ]
· All Wine Coverage [~ENY~]
[Photo]