Maurice Dancer on Making Resys for The Pierre's Guests

Share All sharing options for: Maurice Dancer on Making Resys for The Pierre's Guests

New York City has plenty of Whales, sure, but it's also a destination for big-money people traveling from all over the world. To get a sense of where these folks are going, Eater talked to a couple of concierges from luxury hotels. Up now: The Pierre. 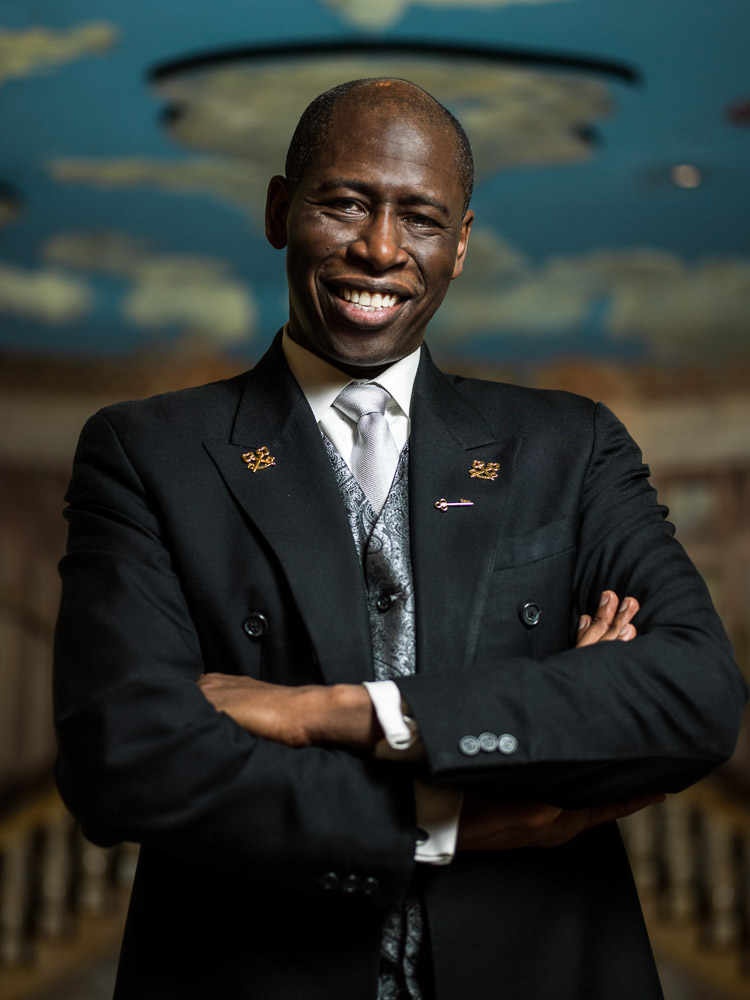 Maurice Dancer has been at The Pierre since 1994. A luxury hotel right by Central Park on the Upper East Side, The Pierre has always brought in its fair share of celebrities, royals, and run-of-the-mill big money visitors.

In his time at The Pierre and at other luxury hotels before it, Dancer has been asked to get reservations for guests at pretty much all of the high-end restaurants in New York. But to hear him tell it, times have changed of late, with the true "times of excess," when a blue blood might ask Dancer to reserve an entire restaurant for just him and his fiancée, now well in the past.

What are the most-requested reservations at The Pierre?

I think the restaurant reservations kind of follow the trends of what is getting the most buzz. The guests that are coming to New York are reading and they want to go to the places that have the buzz, so that they can go back and talk about it. The buzz is always going to be at the classics, like Le Bernardin, Eleven Madison Park, L'Artusi, Per Se, Four Seasons, La Grenouille. That's the first line, I think, the traditional classics in New York.

Then depending on the generation it becomes the contemporary classics, be it Babbo, Balthazar, Saxon & Parole, The Lion, Crown. And then everyone is reading to see what's new now, so for example right now Arlington Club is starting to get a lot of excitement. You're starting to see the ones that came on at the end of last year that a lot of guests maybe hadn't heard of.

What are the most difficult reservations?

There will always be those last minute people. A tremendous amount of people do plan in advance because New York has now sent that message out to the traveler, that you're coming to the big city and a whole lot of other people are coming, too. It's become now a little bit more manageable, but we still get that percentage of guests who do arrive and just think that that's what they want at that moment.

But we do have a lot of partnerships with the various high-ends, and what we've been successful with is, it may not be that 8 o'clock, but we try to get it within that desired range. So if you want 8 o'clock, because that is the time that's on the lips of pretty much every diner, it's not the true reality. But if you give me that range within the seven to nine window, success is probably more possible.

Any requests you haven't been able to accommodate?

In reality, I think yes. There have been requests that you could not accommodate with what they wanted specifically. But when you understand more of what they're looking for, you're still able to deliver. Because what I've noticed with a lot of guests is that they come with their lists of what has been recommended to them first, as opposed to what they particularly are maybe looking for. So once you spend that quality time talking to them about what they would like, sometimes you find that it differs. And then you deliver upon what they want versus what they've been recommended to do. So I guess it's both yes and no. If it's specific "I want to do this," sometimes in that moment it's not possible. But once I find out what you really enjoy and want, then we can meet the goal.

Do you ever do special packages for the biggest VIPs?

We do. We pretty much customize a lot of the guests' experiences. For example we have a guest who's coming at the end of February. He contacted us in October of last year to say that he's coming, and to see if we would build him something specific for him. He said that here are his interests, and he's wanting to experience the full breadth of what New York has to offer, so there's a whole dialogue that we have between us, and for him to facilitate that and pretty much, you know, said, "This is where I want to go, and I want to make sure I get there." So we were all over making that happen.

And with VIPs, as you know, we have a host of royals that are with us. And those kinds of itineraries are definitely something we do on a regular basis.

Where do you send the royals?

The royals enjoy the same as all the others! There was a time here in New York where it was about the separation, where they had the private clubs, more of the old world of the Upper East Side. But a lot of those types of venues have closed because there's just not the demand for it anymore. So it's now becoming very much?the marketplace is comfortable for everyone. The royals, the "blue bloods," [as well as] all those who just come in with the business profile, the other guests, they're all enjoying the same ambiance, and pretty much the same requests. They want to be in places where there's a buzz, an energy, where the food is great, but it's all in a relaxed atmosphere.

What's the most outlandish or excessive request you've gotten?

Looking back, in the late-80s, early 90s?those were the times that we call a "time of excess." We did once have a prince who was staying with us at that time who wanted a certain restaurant for dinner, and he wanted music playing, and it was just he and his fiancee. And he was like, "I want to close down the restaurant just for me and my fiancee, and I would like to have a violinist, and a harp," and those are the kinds of things that I thought were kind of wild and crazy in those days. But we don't see as much of that anymore. Those were the kinds of exciting things that you had to do then. You do find it intermittently now, but not as much as then. Moderation is definitely the new black.

When you're out on your own, where are you going?

The role of the concierge is an "always on the job" type of profession. So wherever you're going, or even when you're in conversations with friends, you're listening to what they're saying and they're experiencing, because it's always something you can probably recommend to someone. When I go out for pleasure, I look for places that are going to be architecturally interesting, and for the service quality to be genuine, sincere, and as best as possible to be customized. And I look for flavors that are going to be distinct and that build on each other as opposed to masking each other. So I like to have this explosion of taste going on so that by the end, when I walk out, I'm going "That was a 'wow'." And those off-the-beaten track, hidden places that you wouldn't necessarily think for your guests, but then when you're in the environment you think, "There might be someone who could enjoy that." That's what I kind of keep in my mind when I'm out and about.

What would be an example that satisfies those criteria?

I would say there are two good examples of just the flavors and the ambiance and the service. My favorite place is always Bouley. I've never been disappointed in all the years that I've been here and I love going down there. It's always an indulgence because the chef, I think he's more of an artist and he wants to create a story as opposed to just placing food on your plate. That's that all-encompassing experience. And there was a place I went more recently, Suenos. It was delightful.

I think what we're most looking forward to now is, you know, New York is all about change. So I think what we've been doing here at our team, is looking to see what's going to be the new explosion. The middle of last year, or towards the summer, you know you still had that molecular cooking style that was coming on, but it doesn't seem to have taken off as strongly as anticipated. So we're trying to see what's going to be the exciting, new destination activity.
· All Coverage of Whale Week [~ENY~]
[Photo: Adam Lerner]