Del Posto's Jeffrey Porter on the Whale That Loved Barolo

Share All sharing options for: Del Posto's Jeffrey Porter on the Whale That Loved Barolo

Whales like wine. Whales like to dine. Herein, some prominent New York sommeliers share their biggest bottle moments. What happened at the table, and more importantly, what did they drink? Right now: Jeffrey Porter. 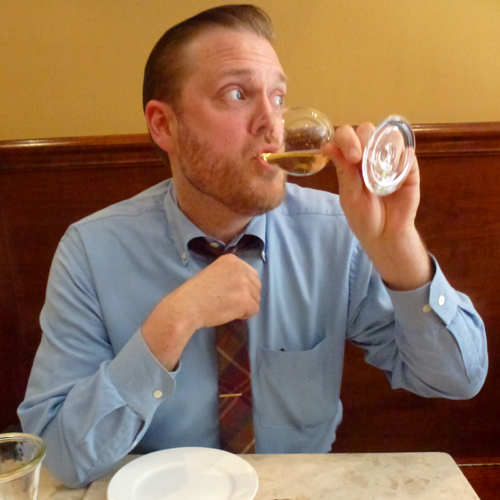 Jeffrey Porter, Wine Director of Del Posto: We knew a super VIP was going to be coming in and sitting in my section. His notes said "He LOVES Barolo, more on the modern side of the equation. He is also fond of the 'Big Three' of the Super Tuscans." I decided I wanted to sell Barolo that night and looked through our wines and fell upon one that personally means a lot to me: 1989 Luciano Sandrone "Cannubi Boschis" ($1,000). This was the VERY first Barolo I ever tried and I LOVE it! I did not have a backup plan...I was dead set on selling this wine.

The guests sat and had a bottle of Champagne first. As I was pouring that wine, the host of the table and I started to discuss plans for the next bottle. He was curious about what I liked. I introduced an Aldo Conterno "Granbussia" 1999 as the first choice and then introduced the wine I wanted to sell. I talked about the vintage, 1989: lush, plush, and forward. Then the idea that the wine is powerful, yet with age has become more elegant and soft around the edges. I saw that he was interested but not sold. So, I went with this: "Nebbiolo is one of the best expressions of power and elegance wrapped up in one. The 1989 Sandrone is like a male ballet dancer. It can hold up a woman with one hand, effortlessly, but then leap, jump and spin without letting her fall." SOLD!