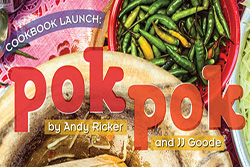 1) Andy Ricker on Old Recipes: This week's "Eat Your Word" features chef Andy Ricker and JJ Goode, co-authors of the Pok Pok Cookbook. Here's Ricker on the translation process from recipes into restaurant dishes and back into printed recipes:

The thing about all these recipes was that they started out as recipes when I learned them, more or less in the form that you see them in the book, and then I had to extrapolate restaurant recipes out of those original recipes. So that what we were doing was reverse-engineering and getting back to what I started with. It wasn't as simple as going back and taking the recipes that I had learned years ago, because we have expanded on them, refined them, changed certain little aspects of them, so we literally had to reverse-engineer all of them to a place that made sense. 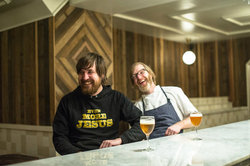 3) Beer and Food Pairings: Jimmy Carbone talks beer and food pairings with Jeppe Jarnit-Bjergsø of Tørst and Luksus and Sarah Monroe, Beer Director at Eleven Madison Park. Here's Monroe on how EMP has incorporated beer into a course on its revamped menu:

We actually have a course that we have built a beer into—our cheese course. Basically we put a bottle of beer inside of a picnic basket with the cheese. The beer is made for us by Ithaca Beer Company, and the cheese is actually washed with the beer. 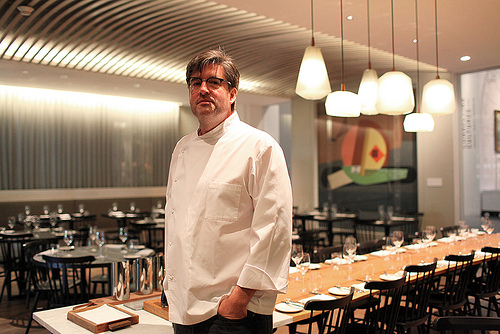 4) Saul Bolton's Brooklyn Buddies: Saul Bolton chats with "Food Talk" host Michael Colameco about the history of Brooklyn's restaurant scene. On which semi-old-school Brooklyn chef he looks up to:

Far away from us, but probably a person I worship more than these chefs, cooks and business persons is Anna Klinger at Al Di La…When I look for advice, when I'm down, I go there for lunch and hope she's around, because I wouldn't dare call her. She always makes me feel better and sets me straight. 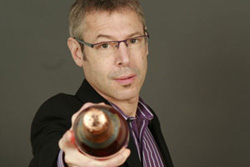 5) Joshua Wesson of Best Cellars: Joshua Wesson, sommelier and a leading authority on the pairing of wine and food, chats with Joe Campanale about his budget wine-centric retail outlet Best Cellars on this week's "In The Drink." On keeping the spirit of discover while long after leaving the restaurant industry:

Even though I'm not working in restaurants anymore, I'm still completely and utterly devoted to taking people beyond their comfort zone and giving them experiences that will hopefully be long-lasting, rewarding, and informing of things that they'll eat and drink long after they hang out with me.