Industry Tastemakers on Their 2013 Restaurant Breakups

Share All sharing options for: Industry Tastemakers on Their 2013 Restaurant Breakups

As is the tradition at Eater, our closeout of the year is a survey of friends, industry types, and bloggers. We've already covered best standbys, top newcomers, biggest dining surprises, and best meals. Now, Breakups. Readers, please add your thoughts to the comments. 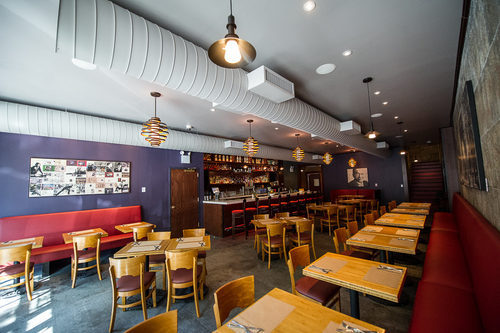 Q: Were there any restaurants that you broke up with in 2013?
Mimi Sheraton, former Times restaurant critic: Much-hyped newcomer that I broke up with after two tries...Umami Burger...They're kidding, right? Totally unremarkable, overpriced burgers and trimmings that add nothing to the NYC scene.

Kate Krader, Food & Wine restaurant editor: I'm not trying to break up with restaurants in Brooklyn. But I did move back to Manhattan in 2013; I have to support my new home town. One day I'll get to that Porridge restaurant.

Joe DiStefano, Chopsticks + Marrow blogger: I make it a habit to never get into a relationship with a bad restaurant. That said I broke up with Mission Chinese, but only because they've temporarily closed.

Nick Solares, Serious Eats meat bureau chief, amNY features writer, and publisher of Beef Aficionado: The "big box" corporate Manhattan barbecue restaurants. They continue to sell decent barbecue but the new wave of independent pit masters — Delaney, Durney, Fisher, Mangum, et al — are doing it better and with a spirit of camaraderie and hospitality that is closer to what you find in the South.

Kat Kinsman, Eatocracy managing editor: I'm so sorry to say this, but Artisanal. I'd been going there as long as it had been open, and had some exquisite, elegant, romantic, playful, joyful meals over the years, and learned an awful lot about cheese in doing so. I appreciated its educational bent, and at the same time, appreciated its artistry and warmth. It was one of my go-to recommendations and personal standbys for over a decade. No longer. I took out-of-town family there a few months back, and it couldn't have felt more perfunctory. Service felt like a constant up-sell, food would have been at home at a chain hotel and my former favorite just felt cheesy — and not in a good way.

Every restaurant is entitled to an off night, but this just felt cold, impersonal and mechanical in a way that felt like an institutional shift. I may learn to love it again, but for now, we're Splitsville.

Danyelle Freeman, Restaurant Girl: I'm breaking up with SriPraPhai. I used to love making the pilgrimage to Woodside for the killer Thai cooking here, but my last two visits, well, sucked. It was like eating at any old Thai, take-out joint and mediocre at that. I'd rather go to Uncle Boons.

Foster Kamer, senior editor at Complex: Mission Chinese. For a variety of reasons, most of which have to do with the fact that it got shut down, and remains shut down.

Scott Solish, Eater nightlife editor: Moving from the South Burg to Greenpoint has led me to say goodbye to all of my neighborhood favorites at the same time. It's left a giant whole in my heart and stomach. Also had dumped Dressler a few months before its unexpected closure.

Kim Davis, The Pink Pig: Would have split with ZZ's, had we been dating. Don't bounce critics. 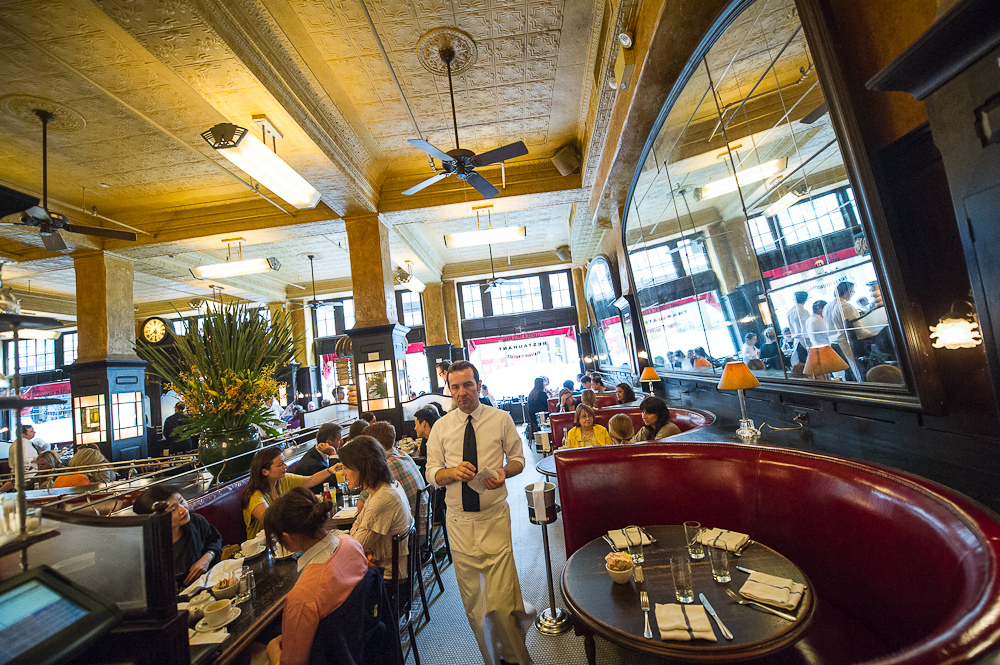 [Balthazar by Krieger]
Charlotte Druckman, author and senior editor at Medium: I may get yelled at for this, but Balthazar ... there, I said it. Something about its opening in London, maybe. I'm reigniting my Odeon torch.

Ryan Sutton, Bloomberg critic: South Edison. My parents got out to Montauk for the first time in about four years so I decided to take them to South Edison because the food's pretty decent. So I called up one night and I'm like, "What time are you open until?" And they're like, "10 p.m.," or whatever. Brilliant. So we drive on over and I walk in with this stupid naive grin on my face and the host is like, "We're really not doing walk-ins tonight, private party in the bar." And I'm thinking to myself, why the [bleep] didn't you tell me that when I called you 10 minutes ago, did you think I was "just curious" about what time you were open until tonight? Like I'm an [expletive omitted] fact checker? Why else would I call? The host suggests there might be something open later, which is great, but doesn't offer to take my name, which to me means: don't come back later. So I'm like whatever, and I leave. Now here's the thing: I ended up talking to a regular there who had a similarly poor experience with the host. So, I'm quite frankly done with those guys, because I'm not going to expose my hardworking parents on friends to that kind of ridiculousness.

Helen Rosner, executive digital editor at Saveur: Not that I was a frequent enough customer that they'll notice I never return, but I had a depressingly bad experience at a certain very fancy spot in the Time Warner Center. The service was great, as always, but the food was a drag. I don't make nearly enough money to justify that kind of high-stakes disappointment.

Michael Kaminer, Daily News critic: Maimonide of Brooklyn, now called MOB, which shrank its name and its menu. When they bring back the yucca fries, I'll return.

Bret Thorn, Nation's Restaurant News senior editor: None. I've been neglecting Crab Spot, an under-appreciated restaurant in Park Slope, but it's not the restaurant, it's me.

Erik Torkells, Tribeca Citizen: My version of Mark Bittman's vegan-before-six rule is to avoid cheap meat—if you're not paying much, the animal probably suffered. And now I'm having guilt about cheap cheese for the same reason, making grabbing a slice rather difficult.... 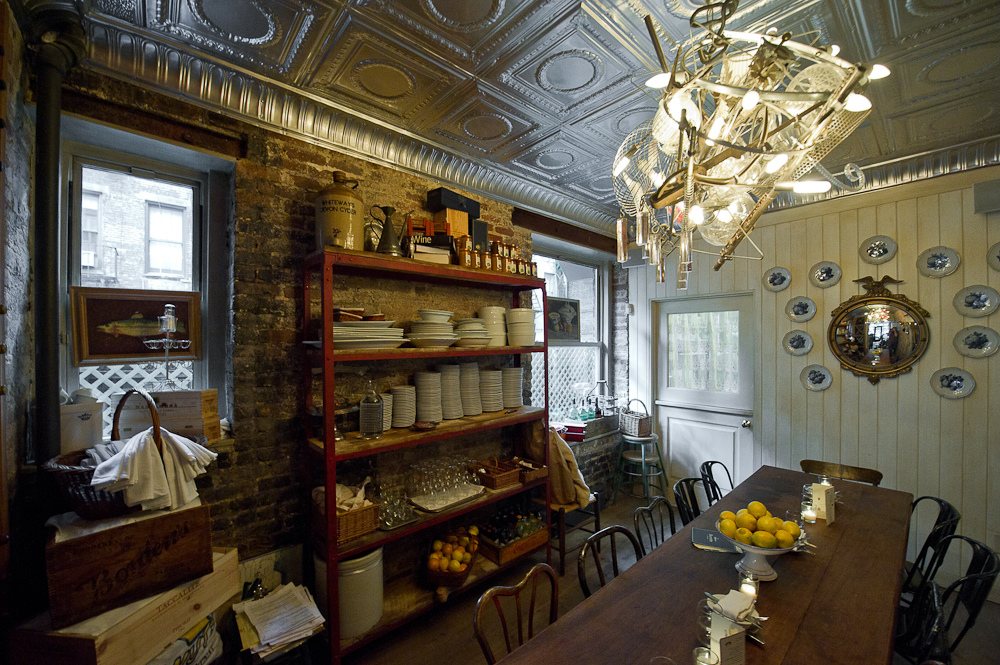 Amanda Kludt, Eater editorial director: I'm sad that both Pulino's and Gwynnett St. are breaking up with me. But I have high hopes for getting back together with at least one of them once they sort their shit out next year. 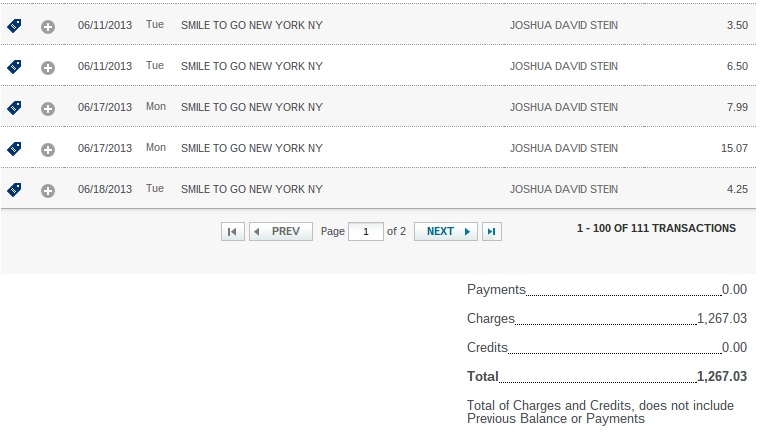 Marguerite Preston, Eater NY associate editor: Mission Chinese was such a charmer, and we had some good times together, but sometimes it was hard to keep up the energy to actually go. And then she went and broke up with me, so that was that. We'll see what happens next year.

Jordana Rothman, veteran food editor/cocktail expert: I will never stop loving the room, but can we agree that the food at Grand Central Oyster Bar is just awful—and that includes the canonized pan roast and even the sloppily shucked oysters. SMH that Brooklyn franchise — all the terrible food, and none of the atmosphere!

Matt Rodbard, Food Republic contributing editor: Had a blast at Battersby the first time, but a birthday tasting menu in June was so redundant and off-season that I swore…never again!

Chris Stang, one half of Immaculate Infatuation: Buvette. Yes the food is good, and yes it's absurdly cute, but the service has gone from aloof to full on unpleasant over the last twelve months. Also because they made me use the word aloof.

Greg Morabito, Eater NY editor: I broke up with Papacito's, a shitty Greenpoint burrito place, and it closed three weeks after I vowed to stop going there.