Remembering the Biggest Dining Surprises of 2013

Share All sharing options for: Remembering the Biggest Dining Surprises of 2013

As is the tradition at Eater, our closeout of the year is a survey of friends, industry types, and bloggers. We've already covered standbys, top newcomers, and best neighborhoods. Now it's time for the biggest dining surprise of the year. Readers, please add your thoughts to the comments. 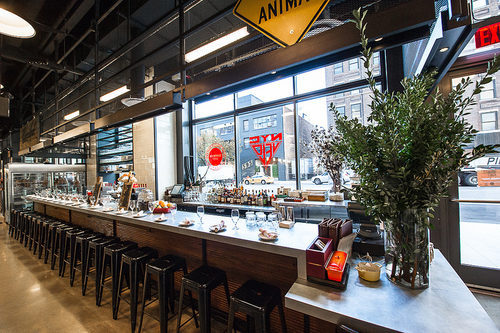 [The Cannibal at Gotham West Market by Krieger]
Andrew Steinthal, one half of Immaculate Infatuation: Gotham West Market. Hopefully more high quality food courts like this will emerge, because this place is incredible. Like Smorgasburg on steroids.

Foster Kamer, senior editor at Complex: The real late-breaking answer here is the "holy fuck" style shitshow implosions of ostensible New York City culinary darlings (e.g. Gwynnett Street and Mission Chinese Food). Past that, that most of the best and most exciting restaurants I visited this year were for the first time not in New York City. Also, I finally had the Holeman & Finch burger, which was a little like losing my virginity: Over way too fast, but also, that rare commodity that is something which actually lives up to its hype.

*I think I wasn't paying enough attention but the line up at Gotham West Market was such a great surprise. Brilliant job of curating. So many awesome people/entities: it's like the Miami Heat over on 11th Avenue. (good surprise)

*Not to diss ancient, global, gluten-free grains, but I thought the Brooklyn Porridge Company was a joke when i first heard about it. Meadowood's Christopher Kostow had been joking about porridge cuisine — I think that, secretly, this is his place. (Brooklyn cuisine has no limits for surprises) 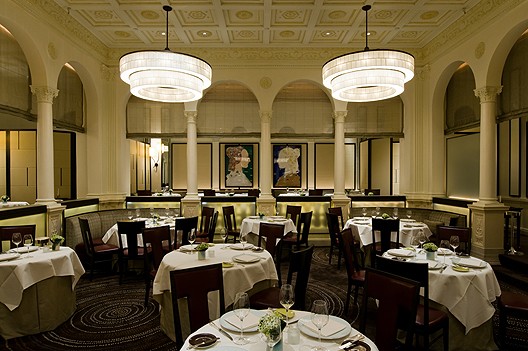 Joe DiStefano, Chopsticks + Marrow blogger: It's a tie between the falafel slice, and, well nothing.

Matt Duckor, Bon Appetit multimedia editor: Nashville. Between the high level of cooking going on at places Rolf & Daughters, The Catbird Seat, and Husk Nashville, this is the city I find myself coming back to the most. And, okay, dancing and fried bologna at Robert's Western World.

Ryan Sutton, Bloomberg critic: Outside of New York, the biggest surprise for me was how good my meal at Atelier Crenn was. Really a perfect balance of modern French sensibilities and modernist techniques. Back in New York, I think the biggest surprise was how much post-Isa Ignacio Mattos toned down his experimental inclinations and ended up serving creative food at Estela that just effing tastes good. That steak with taleggio and anchovy is without a doubt the steak dish of the year. (disclosure: I regularly dine out with the wife of Thomas Carter, one of Estela's owners).

Danyelle Freeman, Restaurant Girl: Definitely Piora. Who would have thought a Korean-Italian mashup would be a good idea? It sounds like a horrible accident to me. But in Chris Cipollone & Simon Kim's hands, it's an ingenious marriage of flavors and cuisines. It's also a great comeback story for Cipollone. 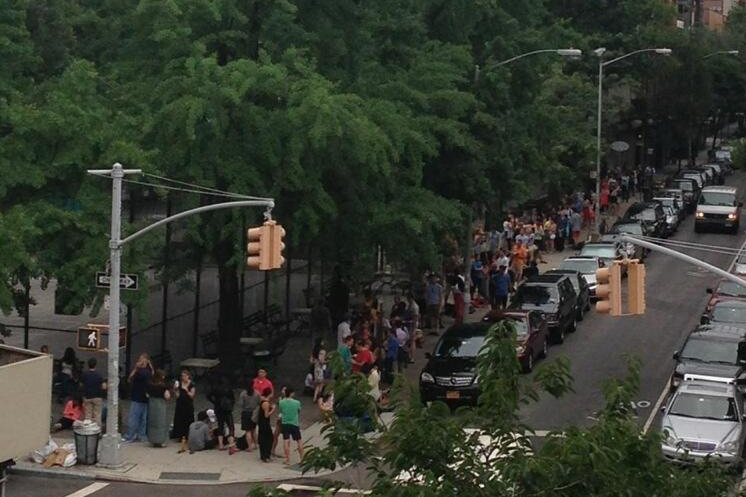 Gabriella Gershenson, Every Day with Rachael Ray food features editor: It's not dining, per se, but the biggest surprise of 2013 has got to be the Cronut. I remember getting a press release announcing the product before it blew up, thinking it was a fun idea, but that's about it. Now it's a global sensation that is not letting up. The Cronut has even penetrated non foodie circles — it's become shorthand for something, though I'm still not sure what that is. I can't remember hysteria like this since the Cabbage Patch doll.

Kim Davis, The Pink Pig: Four stars for a sushi restaurant with live lobster (like Jewel Bako ten years ago).

Kat Kinsman, Eatocracy managing editor: The classics are (for the most part) just killing it. I found myself accidentally, and then purposefully, dining at some NYC stalwarts either for the first time, or for the first time in a long time. Daniel, La Grenouille, Jean Georges and Nougatine, 21, Craft, db Bistro Moderne — they all have some miles on them, but still felt relevant. Some were more reflective of current dining trends, and others felt like preserved in amber, an edible history lesson.

Erik Torkells, Tribeca Citizen: Jungsik didn't close, despite the fact that it always seems to have prime same-day reservations, if Eater's "Last-Minute Reservation Guides" are any indication. (I enjoyed the restaurant when I went! But I do worry about it....)

Jamie Feldmar, Serious Eats managing editor: A pleasant one, at that: the surge in relatively affordable tasting menus. I'm not talking about fine dining — I mean progressive menus at places like Luksus, Contra, Aska (okay, that's from last year, but still), and more traditional (but still unusual) experiences at, say, the expanded Kaijitsu in Murray Hill. 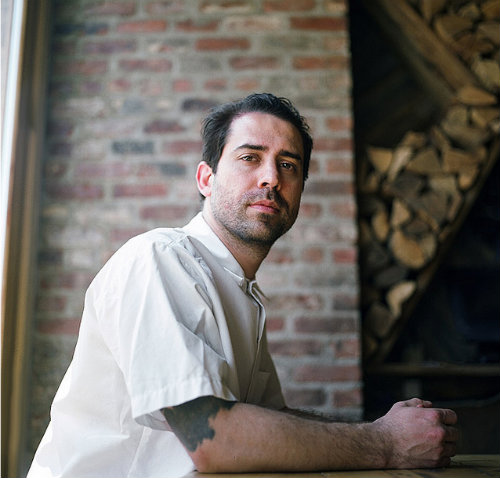 Levi Dalton, Eater wine editor: I was surprised that Ignacio Mattos found greater acceptance in Manhattan than in Brooklyn. Innovative cuisine has to move in from the boroughs? Is that how it is supposed to work?

Helen Rosner, executive digital editor at Saveur: Jersey City! Man, I slag on Jersey all the time (I've earned that right by living there as long as I have), but Jersey City is playing a really solid game right now.

Scott Solish, Eater nightlife editor: Mission Chinese closing, Marlow and Sons not offering brick chicken at every meal, and the fact that Isa is cranking out a delicious menu in a great room after its initial problems.

Jay Pascual, The Food Doc: That Carbone and Torrisi thought they could go upscale with Carbone and ZZ's Clam Bar, and although they succeeded, it kinda backfired on them.

Marguerite Preston, Eater NY associate editor: Dare I say the Cronut? Let me qualify. I am not surprised that the food media/blogosphere/internet in general was able to whip people into a frenzy over a deep-fried, cream-filled croissant-doughnut. I am not surprised that New Yorkers have the capacity to form long lines over such things. But I am surprised that people not in New York actually care quite a lot about Cronuts, based solely on blog posts and shoddy knockoffs. I am surprised that this thing is still going strong. I am maybe not so much surprised as impressed that Cronut actually is good, and that Dominique Ansel has handled the whole thing as gracefully as he has. I have no idea where the Cronut will be one year from now.

Jordana Rothman, veteran food editor/cocktail expert: Three stars for Betony—just didn't hit me in the feels when I ate there; The Sack of Daniel.

Marc Shepherd, NY Journal blogger: The number of new restaurants charging luxury prices, especially the sudden wave of big-ticket Japanese restaurants, along with the usual glut of steakhouses and steakish places. I always thought the luxury segment would recover, but it's happening much faster than I expected. 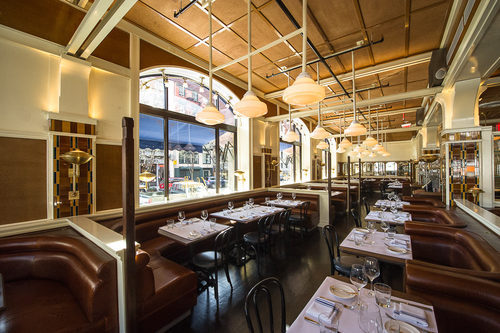 Matt Rodbard, Food Republic contributing editor: All that mediocre barbecue overshadowing a little bit of great barbecue. Kale, what the fuck? On the media tip, the Times missing the mark so badly with the Lafayette review.

Chris Stang, one half of Immaculate Infatuation: How good Contra was, and how good The Elm wasn't.

Michael Kaminer, Daily News critic: Retail dining. Tommy Bahama Restaurant on Fifth Avenue not only served respectable food, but servers were so sweet they made me consider returning. And I loved Stella 34 Trattoria inside Macy's, not least for spectacular views of Herald Square.

Greg Morabito, Eater NY editor: For the first time in, oh, four years, the Altamarea Group does not have any NYC projects in the works...that we know about.

I'm also surprised that ABC Cocina was such a hit with the critics.

And Gotham West Market was the biggest surprise opening of the year for me. It's great to see so many excellent restaurateurs and chefs working under the same roof, in an accessible and fun space. Like Steinthal, I think this will become a model for future food courts, but I also know that it's not easy to do what these guys and gals are doing there.