1) Upper East Side: A bakery specializing in French canelé has opened uptown. Canelé by Céline sells the traditional pastry in a variety of flavors, ranging from chocolate to pistachio to parmesan and truffle. According to DNAinfo, the chef, Céline Legros left her job as a corporate lawyer to start the business after Jean-Georges Vongerichten tried her caneles and asked where she sold them. Status: Certified Open. 400 E. 82nd St., 646-678-4124. 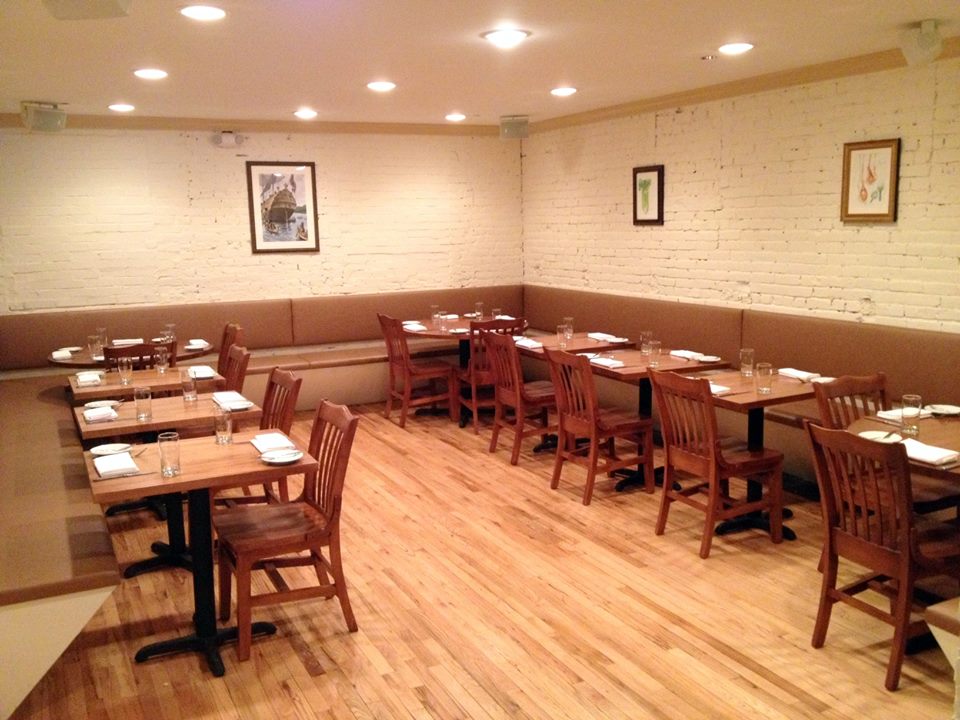 [Photo: North River/Facebook]
2) East Village: Adam Starowicz, a vet of Hearth, Mas, and Momofuku Ko, is the chef at North River, which opened last week. The menu is mostly American comfort food, with dishes like ham salad, grilled salmon with kale and farro, and fried chicken. The restaurant is open for dinner and weekend brunch. Status: Certified Open. 166 1st Ave., 212-228-1200. 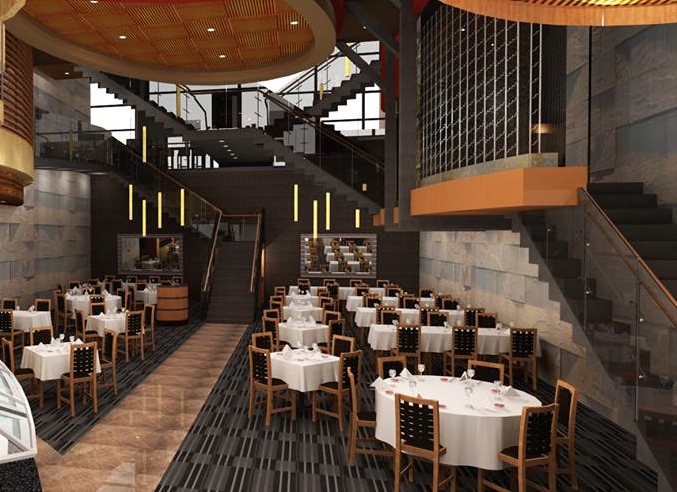 [Photo: Fogo de Chao/Facebook]
3) Midtown: The first New York outpost of Brazilian churrascaria chain Fogo de Chão. According to Gothamist, the massive new space is also the chain's largest. It operates according to tradition: diners pay a flat fee and get a card with green on one side, red on the other. As long as it's green, a steady stream of servers offers meat of all kinds, cut tableside. There's also a salad bar, and sides like fried plaintains and pão de queijo. Status: Certified Open. 40 West 53rd St., 212-969-9980.

4) Cobble Hill: Last week Congress opened in a former fruit and vegetable stand on Court Street. The bar is co-owned by Anatoly Dubinsky, a partner in a handful of other bars as well, including Soda Bar and Franklin Park, and has the same kind of neighborhood bar leanings. It has a seasonal cocktail menu, plus wine and eight beers on tap. Status: Certified Open. 208 Court St.

5) East Village: After a successful pop-up at Maslow 6 wine bar in Tribeca, Box Kite Coffee is now open on St. Mark's Place. Along with coffee and espresso drinks, it will also serve beer, wine, amari, and a "Sherryback" with espresso as the chaser. Right now there are housemade pastries, and soon, Sprudge reports, a chef will also make small plates like fluke crudo and a croque madame with pear. Status: Certified Open. 115 St. Mark's Place.

6) Park Slope: American Cheez, a bar "celebrating America's pop culture cornerstones," has opened in the former Bar 4 space. It's decorated with stuff like MC Hammer posters and a velvet painting of Elvis, and is encouraging customer to bring more of "cheesiest, tackiest, ugliest stuff" they can find fill the place out. It also offers a free cheese pizza with every drink, with toppings for an additional $1 each. Status: Certified Open. 444 Seventh Ave. 347-725-4665.

7) Bushwick: The team behind Welcome to the Johnson's has opened an outpost of the bar in Brooklyn, this one called simply The Johnson's. Gothamist reports that it's much less of a dive than the original, with a wood-panelled interior, a pool table, couches (without holes), booths, and an "expansive front porch." There's a cocktail list of Moscow Mules and Mai Tais, and a decent happy hour from 5 to 8 p.m. Status: Certified Open. 369 Troutman St., 718-417-7100.

8) Midtown East: Popular fast-casual spot Schnippers has opened a new location on Lexington Avenue. Like the others, it serves a menu of Pat LaFrieda blend burgers, plus sandwiches, salads, hot dogs, fries, shakes and more. The two-story restaurant is open for lunch and dinner, and also serves beer and wine. Status: Certified Open. 570 Lexington Ave., 212-826-8100.