Battle of the Boroughs

Share All sharing options for: Battle of the Boroughs 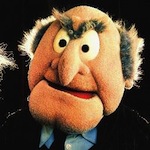 A couple critics note a lull in the Brooklyn dining scene this year. In response to the observation that nine out of ten of his top restaurant picks for 2013 were in Manhattan, Pete Wells tweets: "Last year I had 4/12 in Bkln; scene was quieter this year; probably just a breathing spell." Ryan Sutton chimes in, " Last year I had 5 out of 13 in Brooklyn & one in Jersey City. This year, 13/14 in Manhattan." [Twitter]