Landbrot, The J Soho, and Lievito Are All Closed

Share All sharing options for: Landbrot, The J Soho, and Lievito Are All Closed

Here, now, is a roundup of restaurants that have recently closed. Notice an eating or drinking establishment that recently opened or closed in your neighborhood? Please let us know. 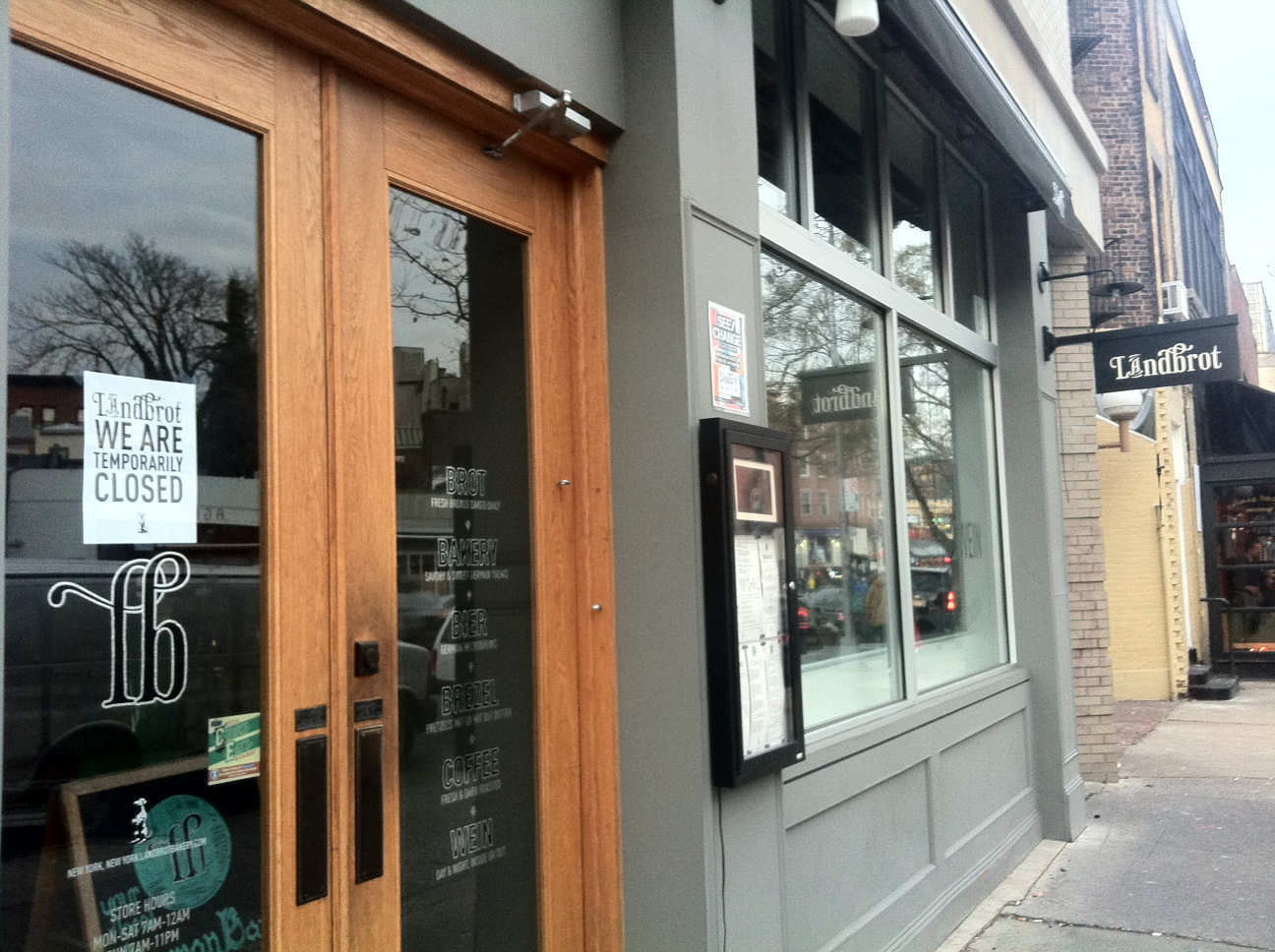 1) West Village: The lights are off and nobody's home at German bakery/cafe/beer bar Landbrot (137 Seventh Ave South). The sign in the window says "we are temporarily closed," but there is no outgoing message on the phone line, and no signs of life on social media. The first location of the chain shuttered earlier this year, and it would be surprising if this outpost opened again. In a bizarre twist, the owners previously announced plans to expand the restaurant to Phoenix, Arizona. 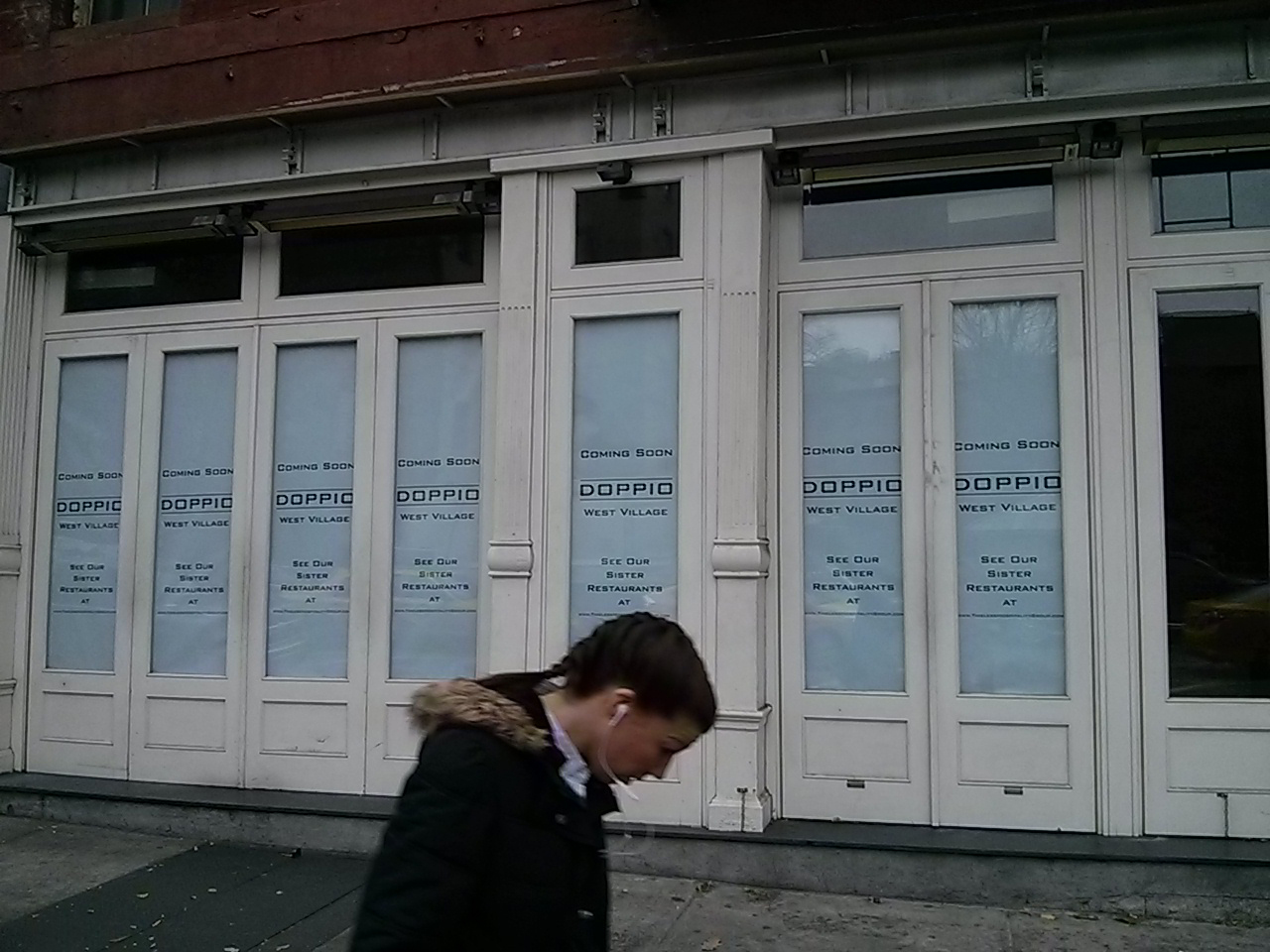 [Photo: Robert Sietsema]
2) West Village: The windows at Lievieto (581 Hudson Street) are papered over, and the phone line is disconnected. The signs in the window indicate that a new Italian restaurant called Doppio will open in that space soon. 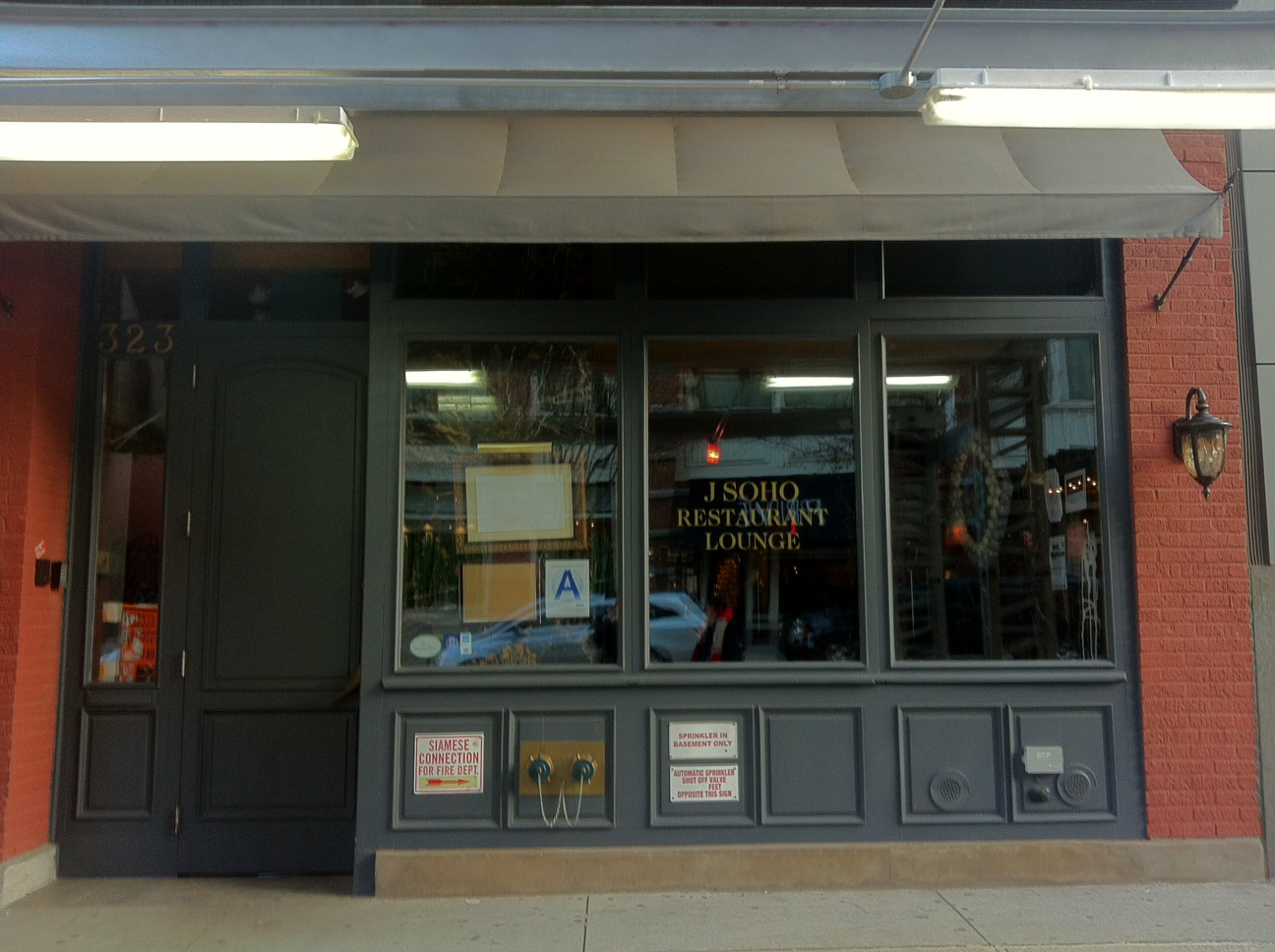 [Photo: Greg Morabito]
3) Soho: And down on West Broadway, The J Soho is The D Dunzo. This place opened less than two years ago as Jezebel, a kosher restaurant with a menu from chef Bradford Thompson, then it morphed into a slightly different kosher restaurant with more of a lounge-y vibe. No word yet on what will happen to that painting of the Last Supper with Woody Allen in the Jesus seat: 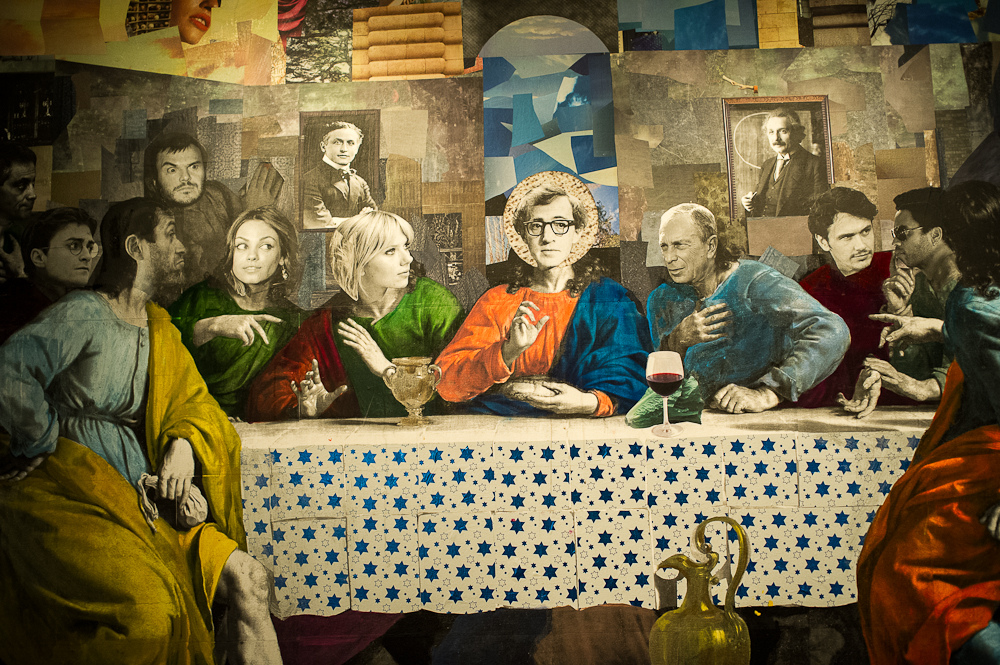 · All Coverage of The Shutter [~ENY~]