A few weeks ago, we detailed how franks had gone upscale in hot dog-dedicated restaurants such as Bark and Japadog, while iconic chef Daniel Boulud had turned his attention in that direction, creating what might be the most expensive tube steak in town at Epicerie Boulud. This new generation of weenies, dubbed glamor dogs, were even sneaking onto menus at upscale restaurants at places like The Cecil, Prime Meats, and Les Halles, often using proprietary franks flaunting sophisticated meat mixtures. But, in a rear-guard action, frankfurters are also becoming universal in Asian bakeries and restaurants at cut-rate prices, sometimes cheaper than even hot dog carts, probably as a New World alternative to spam. Here are some low-end weenies recently encountered. 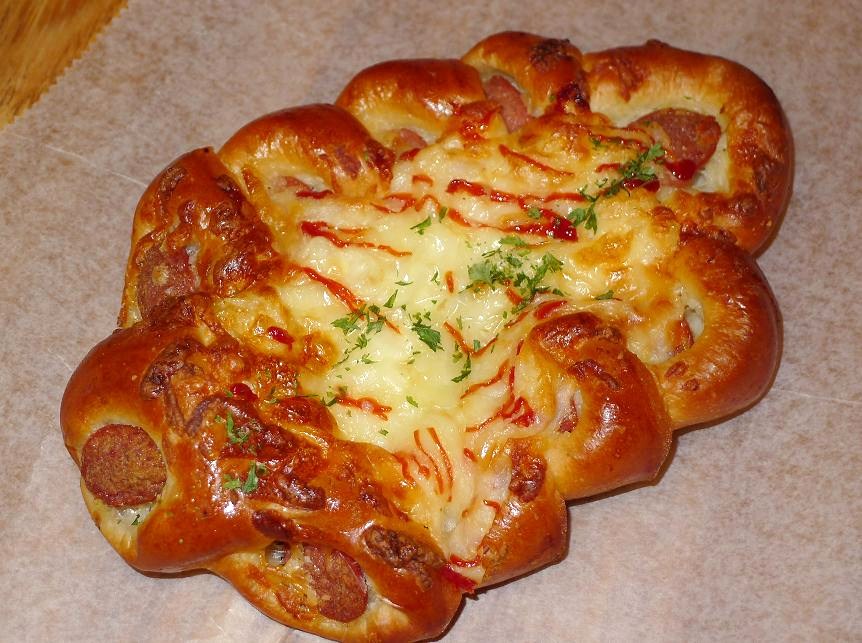 Koreatown is a forest of franks, especially in its newish French-Korean Bakeries. At Tous Les Jours (31 W 32nd St, 323-480-9100) several rich pastries — some of them sweet — are typically ramified with hot dogs, including the one rather grandly named Foliage Sausage Bread, which comes in the shape of an oak leaf with a pair of stubby hot dogs sticking out the bottom and a rich béchamel gobbed on top. 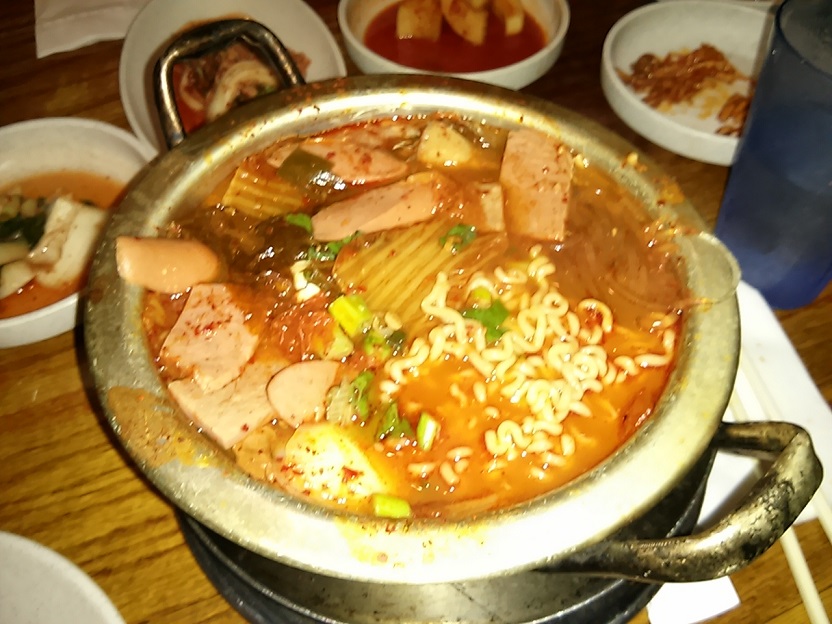 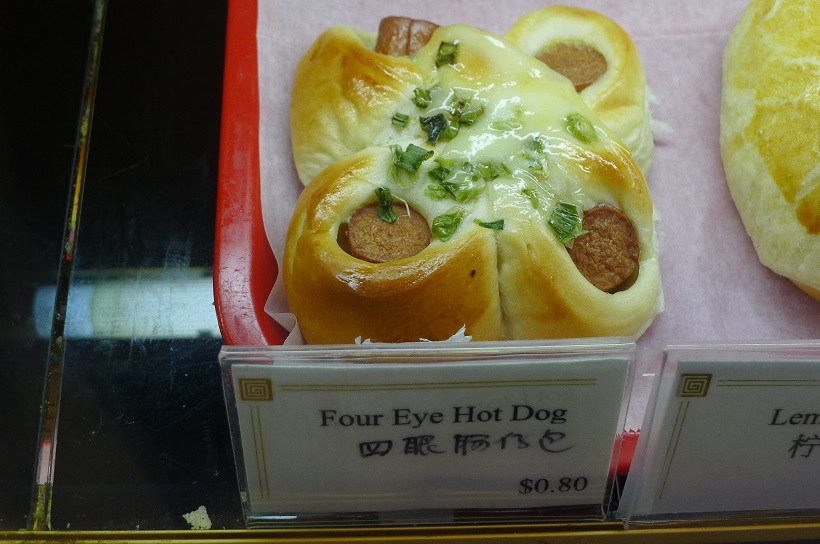 In Bensonhurst, in the shadow of the D-train tracks, Chinese bakery and coffee shop 68 Mei Mei (7814 New Utrecht Ave, Brooklyn, 718-331-8089) offers a pastry hilariously dubbed Four Eye Hot Dog, named for the number of subdivided weenies visible in the four quadrants of this sweet square. In the style of most bakery hot dogs, the condiments are included in the pastry, in this case mayo and scallions, a potent flavor combo. 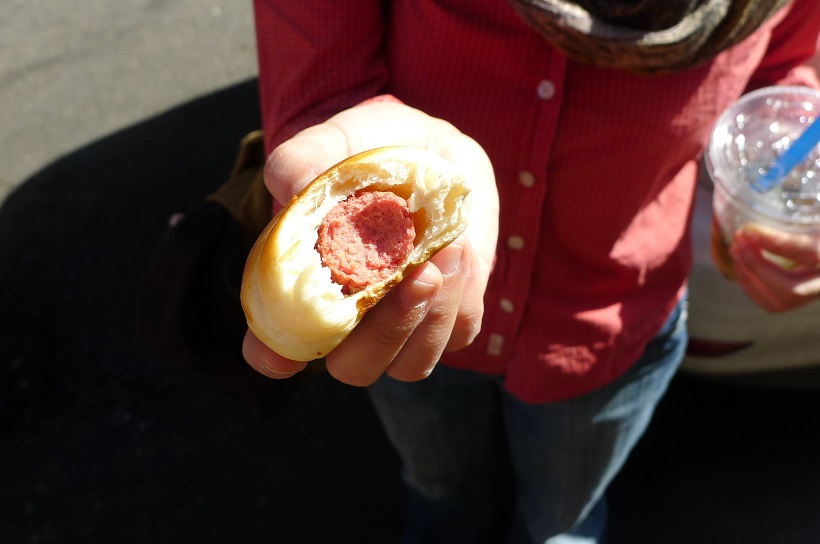 The first appearance of Teutonic-sausage-bearing pastries of this general type may have been at Golden Steamer (143A Mott St., 212-226-1886) in Chinatown, where very plain baked bao have concealed hot dogs for several years, coming as something of a shock if someone simply hands you one. 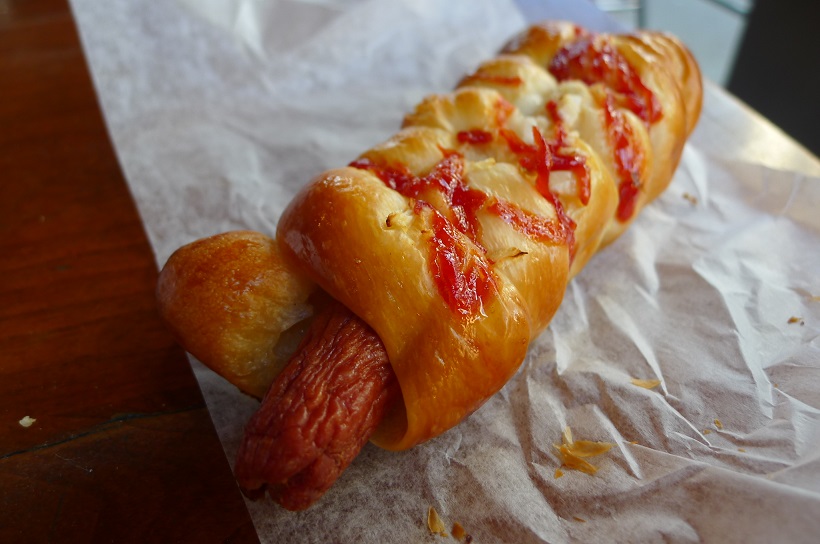 Meanwhile, back in the East Village, Japanese bakery Panya (8-10 Stuyvesant St, 212-777-1930) shows its own enthusiasm for tube steaks in its Sausage Roll: twisted, nicely browned, and cross-hatched with red, red ketchup. I tried several times to score this delicacy in the afternoon, till the cashier finally told me, "Those sell out by 10 a.m. nearly every day." Apparently, the thing is intended as breakfast. 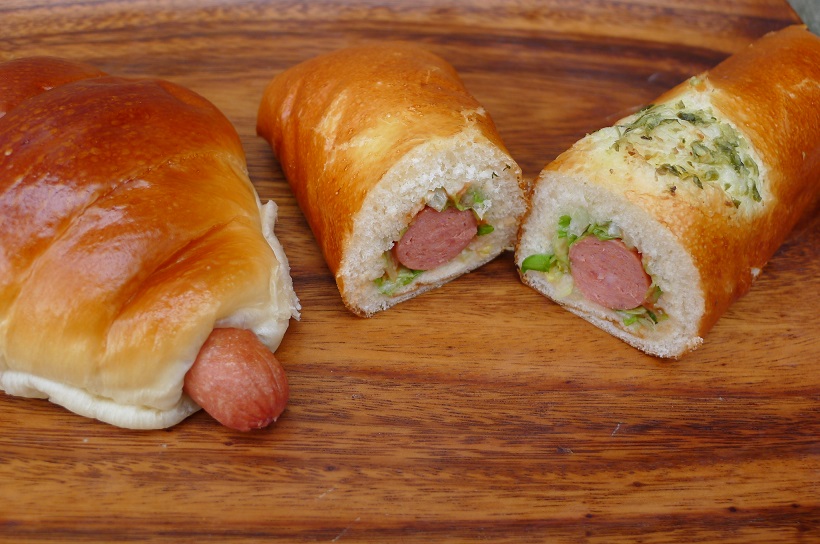 In Greenwich Village, the newest branch of Fay Da Bakery (321 6th Ave, 212-255-9888), right near the IFC Theater, concocts two types of hot dog pastries per day. One is shaped like a catcher's mitt and very plain; the other elongated and coated on the inside with Russian dressing and chopped scallions. 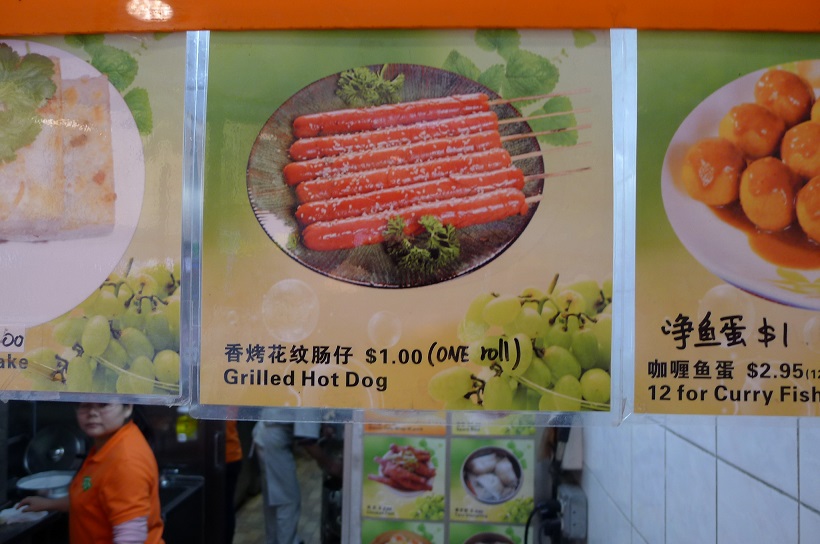 On the eastern frontier of Chinatown, Happy Star (160 E Broadway, 212-608-8899), a fast-food place that specializes in rice noodles made to order in a steam tray, also offers franks on a stick, coated with a thick, sweet soy sauce. The wieners are steamed and then lightly grilled before being handed over the counter. 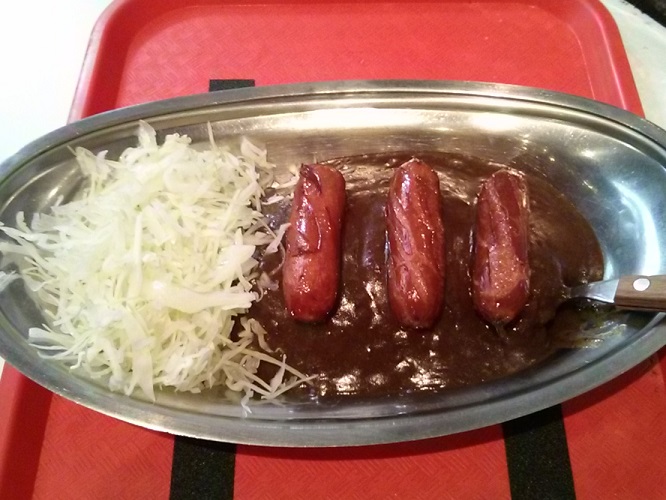 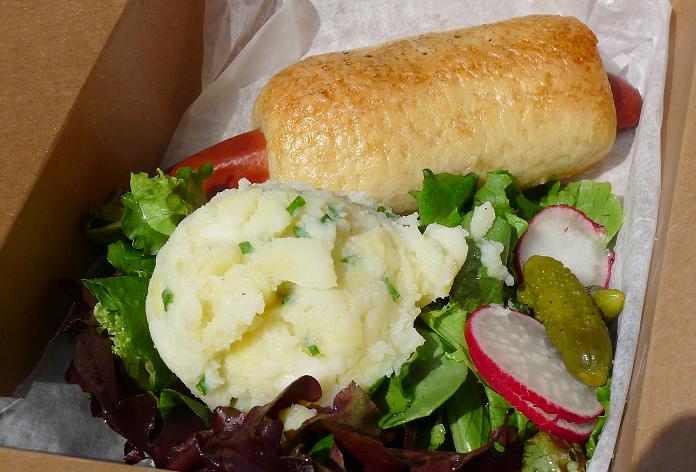 But the low-end deployment of franks in a non-regular-bun context is not confined to Asian eateries. Landbrot, which recently closed, (137 7th Ave S, 212-255-7300) did a frankfurter roll that took the wiener back to its country of origin. It was offered plain, or served in a box with green salad and a German potato salad for lunch. 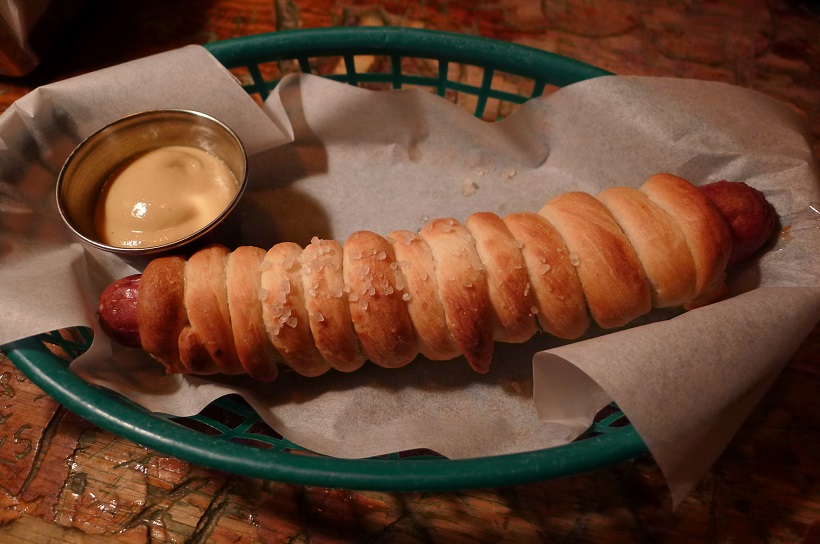 Meanwhile, mimicking a popular chain that entombs dogs in pretzel dough, the Rusty Knot (425 West St, New York, 212-645-5668), on the Hudson River waterfront, makes its own pretzel dog. And is it ever good.