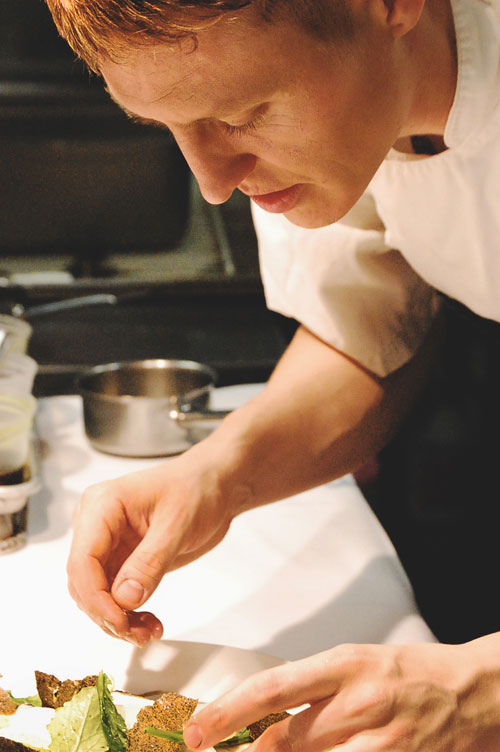 Carl McCoy, the owner of Williamsburg's Gwynnett St., writes in to explain the restaurant's nine-day holiday break. And as many may have guessed, no they're not closing for "Holiday Renovations." According to McCoy, chef Owen Clark quit the restaurant Sunday "with no notice catching us by complete surprise." Some of his fellow kitchen staff followed suit. McCoy hopes to eventually reopen the restaurant to full capacity, but for now he plans on reopening the bar, serving a small bar menu, on December 27. They are no longer taking reservations. Their New Year's Eve dinner has been canceled.

Chef Clark confirms that he and his staff left on Sunday after service explaining that "The association with international drug trafficking, Federal informing, and recent financial troubles all made the restaurant unworkable for me." He continues, "I am simply in mourning for the restaurant I helped to build, carried through the better part of this year, and ultimately have had to walk away from due to circumstances totally beyond my control." Clark notes that he's hoping to find his staff work before the holidays.

His departure comes a week after news broke that McCoy was arrested in a supposed drug bust.
· All Coverage of Gwynnett St. [~ENY~]
· Gwynnett St. Takes a Short Break for Renovations [~ENY~]
[Photo: Gwynnett St.]