1) Greenwich Village: Julian Medina opened Toloache Thompson last night, the fourth outpost of the Mexican branch of his expanding empire. The new two-story spot sticks to the same look as its predecessors, with Mexican lanterns, tiles, and a tequila-lined bar, and it also serves a similar menu. There are, however, a handful of new dishes, including crab tostadas with sea urchin and scallops with quinoa risotto and huitlachoche butter. Status: Certified Open. 205 Thompson St., 212-420-0600. 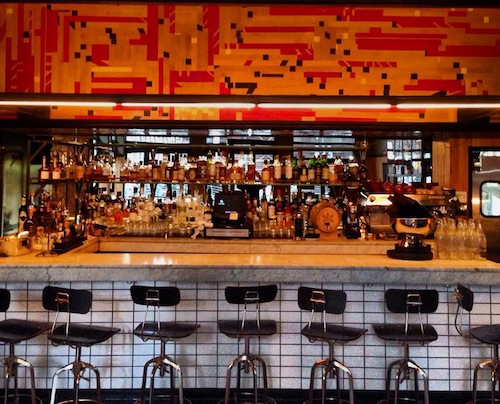 2) Noho: Last week Bleecker Kitchen & Co. opened in the space that once held Corner Shop Cafe and The Vault at Pfaff's. Now Gothamist reports the menu ranges from chicken and waffles to root beer braised short ribs to a lobster roll. Cocktails are mostly variations on classics, like a Manhattan with cacao and a whiskey sour with mulled wine. The restaurant is open for breakfast, lunch, dinner and brunch. Status: Certified Open. 643 Broadway, 212-253-7467. 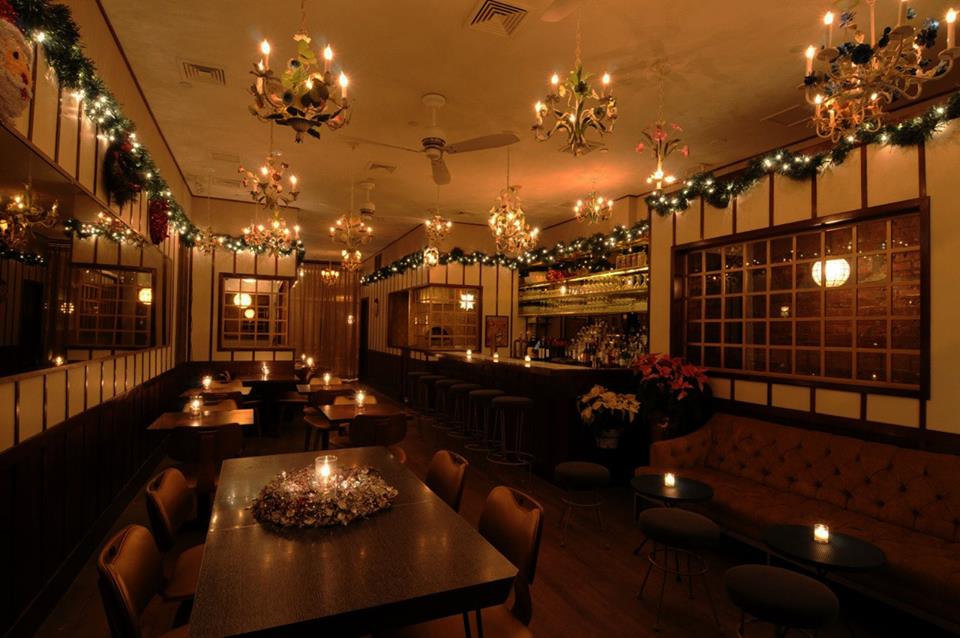 3) Lower East Side: Nightlife man Ron Castellano has opened a new bar in the LTO space on East Broadway called Rosette. Warren Hode, previously of BONDST and Cherry, is managing the bar, and former Acme sous chef Nick Curtin is running the kitchen. Eventually, the team will open up the back dining room and lower level space for dinner, but for now, the front bar/cafe is serving a menu of cocktails and snacks like deviled eggs, chicken cracklins, wood-fired chicken wings, and "clam chowder croquettes." Status: Certified Open; 171 E Broadway, 212-933-1176.

4) Lower East Side: The team behind Wild Edibles has opened Black Crescent, an oyster and cocktail bar in the space that once held Clinton Street standby Alias. The menu from chef Dustin Everett, who spent years cooking alongside John Besh in New Orleans, consists mostly of small plates of ceviche and raw dishes like octopus carpaccio. The cocktail menu is a small list of classics like rum punch, martinis, and an old fashioned. Status: Certified open. 76 Clinton St., 212-477-1771.

5) Financial District: A new two-story German beer hall has opened on Stone Street. DNAinfo reports that Bavaria Bierhaus, whose owners also run Beckett's and The Dubliner nearby, serves 20 German beers, classic German snacks and entrees like weinerschnitzel and warm pretzels, plus pub food like burgers and salads. The owners had both massive wooden bars and all the tables constructed in Bavaria, and then flew in the German carpenters to assemble them on site. Status: Certified Open. 19 S William St., 212-480-8142.

6) Lower East Side: Owner Melissa O'Donnell has reopened the space that was once Salt Bar as Thelma on Clinton. Six months ago she decided to replace the ten-year-old Salt Bar with something "more representative of our community on the Lower East Side," and raised $50,000 on Kickstarter to fund the transformation. The menu of New American cuisine includes dishes like tea-smoked chicken breast, housemade merguez with labne, and nightly specials like classic beef Wellington. Family-style meals for eight to 12 people are also available with 24 hours notice. Status: Certified Open. 29A Clinton St., 212-979-8471.

7) Bushwick: 1 Knickerbocker opened last night in a space that once in the early 1900s held a spot called the Arctic Saloon. The new restaurant and saloon still contains some salvaged tin and wood from that period, plus a set of cathedral doors at the entrance, and the menus also take some inspiration from that era. Dishes include braised pig cheek with carrot puree and smoked sablefish with potato pancakes, while the cocktail menu includes drinks like a hot toddy made with bourbon, apple nettle tea, and cloves. Soon to come are a late night menu and a "hangover healing" brunch. Status: Certified Open. 1 Knickerbocker Ave., 347-987-3751.