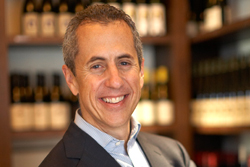 A restaurant like Union Square Cafe is not serving food whose recipe is exactly what you've been eating for your whole life. So there's a lot of leeway for a restaurant like Union Square Cafe or Gramercy Tavern or The Modern, for example, to cook things that we think are delicious. And so the emphasis becomes where did we source the item from….But then we have restaurants like Shake Shack or Blue Smoke, where everyone knows what their favorite barbecued rib tastes like, or their favorite key lime pie tastes like, or what their favorite french fries tastes like. At those restaurants it can be very, very emotional if you change anything, because you're benchmarking against emotional experiences that people have had for their whole lives 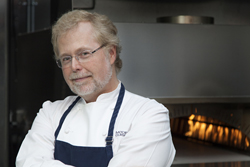 2) Nathan Myhrvold on Food Photography: Michael Harlan Turkell, photographer and host of "The Food Seen," talks to Nathan Myhrvold about describing and picturing the exact moment when something is done cooking:

When we decided to write the book, I thought the best way that I could describe that moment and describe that moment of cooking, would be to show people. But that means that I would have to show them this magic view inside their food, inside their pots and pans or inside their oven. And I could tell them about it, but if I tell them about it, it's going to be a bunch of long, difficult text, and it's not clear that anyone's going to read it. Whereas if I could show them, it would be transparent. Also if I made it beautiful—which was a tall order—but if I could make it beautiful enough, I could get people intrigued who might otherwise say, 'I don't really want to learn state-of-the-art cooking techniques. That's intimidating.' 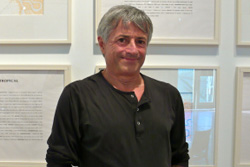 3) Florent in Bushwick: Joe Campanale chatted with Florent Morellet, formerly the owner of the Meatpacking district's legendary spot Florent (which closed in 2008), about his recent move to Bushwick and his plans for the neighborhood:

For me, it's going to be all about opportunity that is going to come, and it will have to be young people…because I don't want to stress myself. I want to find the right partners, and I'm not there yet. At the moment I'm just enjoying the neighborhood and meeting people and feeling the place. 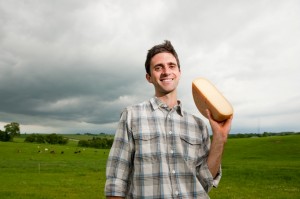 4) Holiday Cheeses With Anne Saxelby: Anne Saxelby ducked out of the Essex St. Market to talk to Andy Hatch of Uplands Cheese about the power of his Rush Creek Reserve, a spruce-bark wrapped cheese:

I think what you said earlier on your program about sharing is right. It's a big piece of cheese to open with your girlfriend on Tuesday night, because it ought to be eaten in one sitting, so bringing it to a dinner or a holiday gathering is the way to do it, because you pull the top rind off and it looks so sexy, it's just something that people want to tuck into. 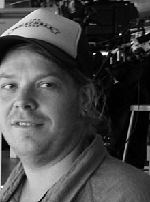 The Serbian diet is a very, very meaty diet, some grilled meat, some stewed meat, pork, lamb, chicken, anything goes…In Serbia the most favorite animal is pig, because Serbia, before the first World War, was the biggest exporter of pork in the whole of Europe.