Although there are still many, many drunk Santas stumbling around Lower Manhattan, the official SantaCon Twitter account instructed the hordes to head to the Crown Heights/Bed-Stuy area, where there are several SantaCon parties going on right now, including the "biggest Santa party ever" in a "HUGE warm 40,000sqft warehouse" at the corner of Nostrand and Atlantic avenues. Here are the best pictures from the second half of SantaCon 2013, and the top tweets about this afternoon's massive roaming bar crawl/shitshow: 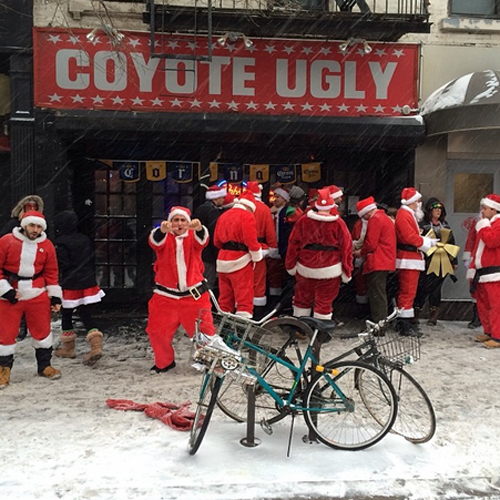 [Coyote Ugly scene via Instagram/schmooey. Caption: "You people must be really sad on the inside."] 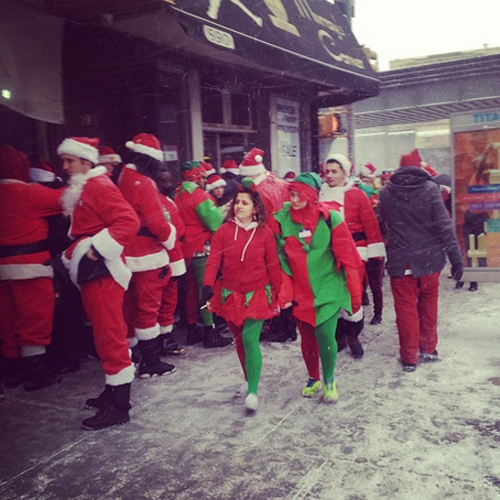 [Santas waiting to get into Butterfield 8 via Instagram/Zaeee.] 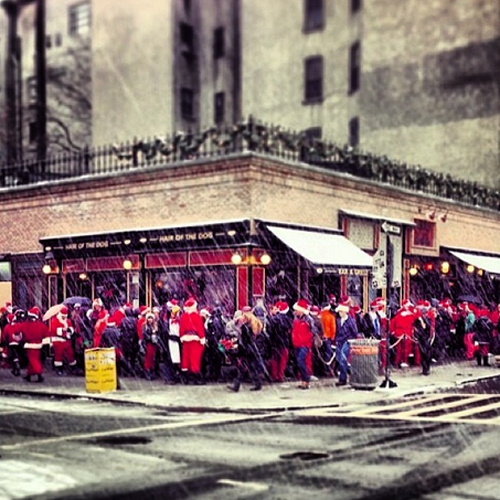 [Santas outside of Hair of the Dog via Instagram/parkerpomeroy.] 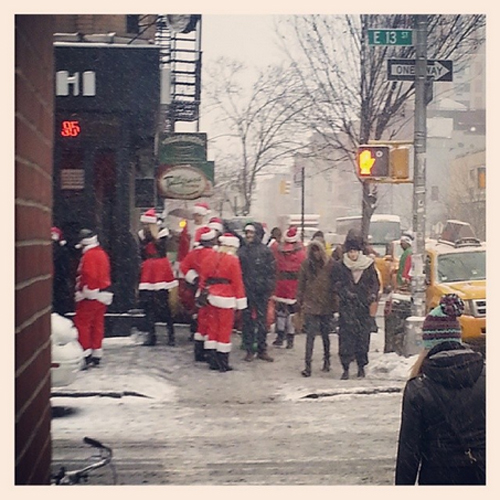 [Santas outside Kumo Sushi via Instagram/fuisine]

And here's a video of some Santas arriving in Brooklyn:

And here are some of the top tweets from this afternoon.

O god I can hear the Santas cheering on the streets. They are legion and they are here. Lo does the great world groan under their weight.

The weather outside is frightful. But the drunk idiots are less delightful! Not a great day to live on the LES... #banSantaCon

Just watched two participants in Santa con get arrested. Gave me some hope for our justice system.

"So dork the SantaCon of man"

Everything is wrong with #santacon in new york. It is Bad Santa come to life. Drunk, smoking Santas nearly getting hit by cars. #badlook

Tonight, we hereby declare this space a respite from SantaCon. No drunken Santas! pic.twitter.com/XXmFXdHmyH

This guy is preparing to order a #SantaCon - Crete @shakeshack #GCT. All is calm, all is well. pic.twitter.com/SLepJMwdj6