1) Tribeca: Father and son duo Francisco and Frank Castro, formerly chef at Toledo and GM at Son Cubano respectively, have opened Tablao Tapas y Restaurante. The menu is a list of classic Spanish tapas and entrees, like montaditos, seafood la plancha, and paella. Every Wednesday and Friday night the restaurant will host live Flamenco dancing from 7 to 10 p.m. Status: Certified Open. 361 Greenwich St., 212-334-4043. 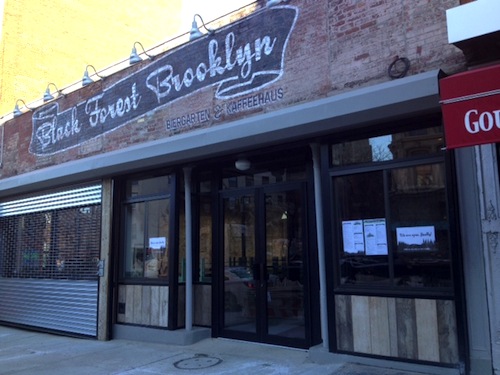 [Photo: Marguerite Preston]
2) Fort Greene: A new beer hall called Black Forest Brooklyn soft opened on Fulton Street on Friday. The "indoor biergarten and kaffeehaus" is owned by a couple who both grew up in Germany, and serves a menu of mostly classic German fare like jaegerschnitzel, wurst, and flammkuchen. As one of the owners has Jamaican roots, there are also some dishes like jerk chicken schnitzel. Status: Certified Open. 733 Fulton St., 718-935-0300. 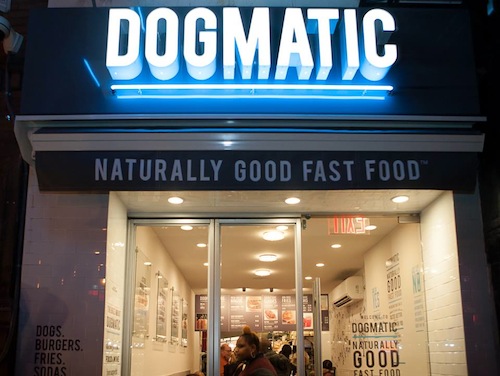 [Photo: Facebook]
3)Greenwich Village: The relocated Dogmatic, formerly of Union Square, is now open in the Village. It still serves the same menu of sausages (and asparagus) stuffed into French bread ends, with a range of sauces like horseradish mustard and truffle gruyere, plus a few other options like burgers and "not-fried fries." Status: Certified Open. 120 MacDougal St., 212-414-0600. 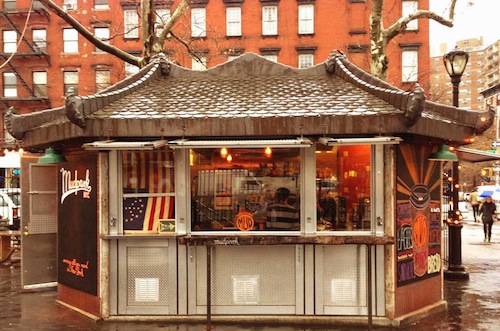 [Photo: Facebook]
4) East Village: The team behind the Mud Truck and the Mudspot Cafe has opened the MudPark in the kiosk at First Park, formerly occupied by S'MAC. They're serving muffins and other pastries, plus a full menu coffee and espresso. Status: Certified Open. 33 E 1st St., no phone. 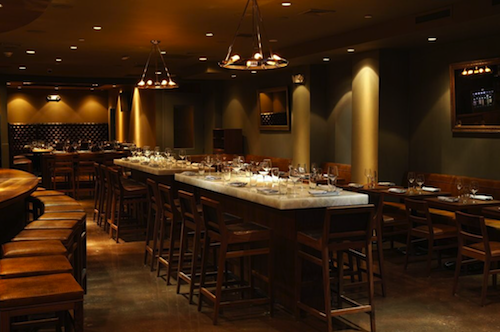 [photo: The Park 112]
5) Harlem: Restaurant and wine bar The Park 112 opened over the weekend just north of Central Park. The menu, from Kingsley John formerly of DC's Oya, is a "globally-inspired" list of dishes that ranges from red snapper tacos and lobster spring rolls to steak frites and brick chicken. It also has a self-service enomatic wine-dispensing machine, which distributes 16 kinds of wine in one, three or six ounce pours. Status: Certified Open. 2080 Frederick Douglass Blvd., 646-524-6610.

6) Lower East Side: Doria Paci of The Counting Room has teamed up with Jason Baron, an army vet, to open Bonnie Vee on Stanton Street. The bar, with an interior inspired by a WWII bomber plane flown by Baron's great-uncle, serves beer, wine, and craft cocktails, plus a menu of bar snacks like deviled eggs plus some sandwiches like a ruben or a tuna melt. A garden will open up in the spring. Status: Certified Open. 17 Stanton St., 917-639-3352.

7) Greenwich Village: Tommy Lai, who earned a Michelin star while cooking at Laut, has teamed up with his sister Camie to open Malaysian restaurant Rasa. The menu includes some traditional Malaysian dishes, like assam laksa (a fish-based soup) and steamed Hainanese chicken over rice, but has a range that spans much of Asia, with everything from sushi rolls to pad Thai to pineapple fried rice. Status: Certified Open. 25 West 8th St., 212-254-1888.

8) Park Slope: Gorilla Coffee has opened its second cafe on Flatbush Avenue. This location is intended to promote coffee education, and the coffee bar has been designed with minimal barriers between the baristas and customers so that it's easy to see what's going on. For those not wanting to get involved in a lengthy espresso discussion, there's a quick-service counter up front. There's also a decent amount of seating and wifi for the working crowd. Status: Certified Open. 472 Bergen St., no phone yet.