Heritage Radio is the food-focused internet radio station that broadcasts from a studio attached to Roberta's in Bushwick. Every week, many of the big players in the food world host and appear on shows, and oftentimes they reveal interesting tidbits about their work. Here's a guide to five notable pieces of programming from last week: 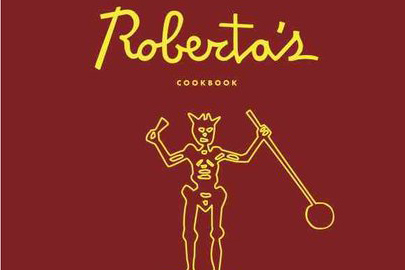 1) The Roberta's Cookbook: Roberta's founder Chris Parachini talks to Heritage Radio Network founder Patrick Martins about how the restaurant has changed over the years, and how its identity and food are preserved and represented in the new Roberta's cookbook:

I think we tried to use a lot of visual aids to get people into the spirit of what the place is, and we tried to not tackle too much, because there was maybe too much to tackle for a book, or one book. The challenge the whole time was in keeping it pared down and using photos and some of the art that's been generated here to support the recipes and give you an overall feeling of, "Oh yeah, cool, this sort of harkens back to that time I was there." 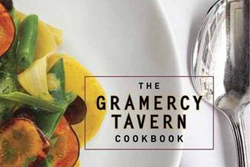 Between the mid '80s and now we also saw this fierce participation from restaurants of all kinds. There were some restaurants that considered it more important to be near the airport than near the market, and I think defiantly most restaurants have said now that by shopping at the market, by making those personal connections, by using ingredients that are grown close to home, there's a more powerful way to tell our story. 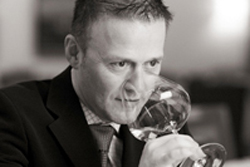 Today, as soon as you get really established, many people leave the industry, leave the floor, which I think is a little bit of a shame because that's a part of what we are doing, that's a part of our job. Now, being every day on the floor, as a person I'd say yes, it's hard, but what I love is that every day you meet great people, and that's so basically refreshing for me, and you deal with so many great wines on top of it. If I don't work at Le Bernardin anymore, I think I'll probably drink only half as many great wines, if I'm lucky. 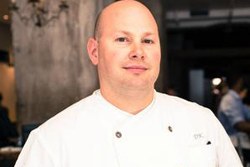 4) Dan Kluger on Keeping it Small and Local: Executive chef of ABC Kitchen and ABC Cocina Dan Kluger talks to Mitchell Davis of the James Beard Foundation about taking farm and greenmarket sourcing in different directions, and how that has complicated consistency over time:

There were a lot of roadblocks, we would find something we really liked, and we thought we were moving down the right path and then boom — we couldn't get it any more. The farmer couldn't produce enough, or whatever it was. Right when we think that we have all the pieces in line, we have this great dairy. Then all of a sudden we find out the dairy has changed the way they pasteurize the milk and now the outcome of the milk is different from what we expected, so now we have to go out and find something different. 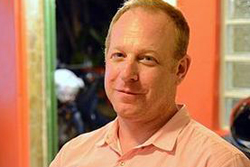 5) Andy Ricker on His Many Career Changes: On this week's episode of Food Talk with Mike Colameco, Andy Ricker explains how he ended up opening his own restaurants after once swearing off of the industry out of disgust:

I had this moment where I kinda got disgusted with it all. I literally walked out into the dining room and saw a table full of people stuffing their faces and it started making me feel nauseous, and basically I knew I had to get the hell out of cooking, probably restaurant work. I moved over to being a bartender for a while, spent a couple years doing that just so I could make enough money and figure out what I wanted to do, went back to painting, and during that time I was able to travel back to Thailand now and then....When I had to get out of pairing, all I knew how to do was cook.


· All Coverage of Heritage Radio [~ENY~]