Share All sharing options for: Pete Wells Awards One Star to Somtum Der

Pete Wells visits Somtum Der this week, an Isan Thai import with a sister restaurant back in Bangkok. The namesake som tum papaya salad, in eight different variations, is the star of the show, but he finds other dishes to love as well:

You want a larb or two, one of the chopped salads lavished with chiles and mint and a dusting of toasted ground rice that crackles between your teeth. The larbs with chopped duck and pork are very good. The one with crunchy flakes of grilled catfish that soak up the lime and fish sauce is even more satisfying. Another takes the opposite strategy, with minced mushrooms that don't absorb the dressing at all but quietly allow the fresh herbs and chiles to sing out.

With fair warning that some of the spiciest dishes involve a "psychotropic level of spice," Wells gives Somtum Der one star. [NYT] 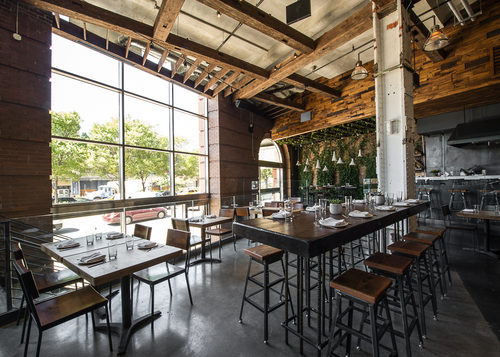 [Toro by Krieger]
Adam Platt gives tapas hot spot Toro two stars out of five: [O]nly a few of the dishes at Toro—in the blizzard of paellas, jamóns, and tapas a la plancha—were entirely forgettable, and many were quite delicious. Oringer and Bissonnette have a fondness for sea urchin (erizo in Spanish), which you can enjoy speckled with caviar, or as raw crudo in its spiky shell, or pressed in toasty tea sandwiches (­bocadillo de erizos) with drippings of miso butter. Being card-carrying members of the nose-to-tail generation, they also have a facility with offal dishes, like mashed chicken livers (stuffed in fried packets of sage), crispy fried veal sweetbreads (flavored, in a faintly Asian, General Tso's way, with peanuts and fermented black beans), and an elegant terrine made with ribbons of pig ear. [NYM/GS]

Daniel S. Meyer also visits Toro, awarding two out of four stars: The mercurial menu sprawls as much as the space, offering 60 traditional and border-crossing tapas. Plancha-seared octopus ($16) is miraculously tender, but cuttlefish ($14) cooked on the same sizzling stove is frustratingly chewy. Odd bits can comfort, like earthy tripe melting into a bone-warming stew of beans and blood sausage ($14), or uni oozing out of a crisp pressed sandwich ($13), like American cheese in the best way. But they can also confound, as with a wildly oversalted pork terrine ($15). [TONY] 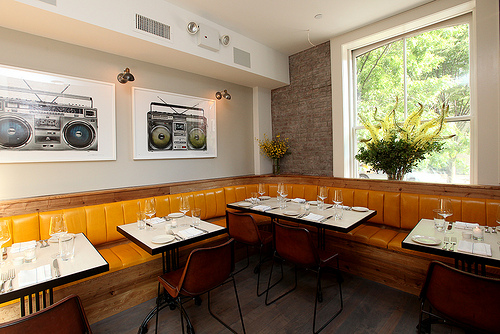 [Charlie Bird by Krieger]
THE ELSEWHERE: Amelia Lester of Tables for Two is impressed by the service but balks at the prices at Charlie Bird. Ligaya Mishan, meanwhile, finds a few rich surprises on the sprawling health-conscious menu at Ellary's Greens. 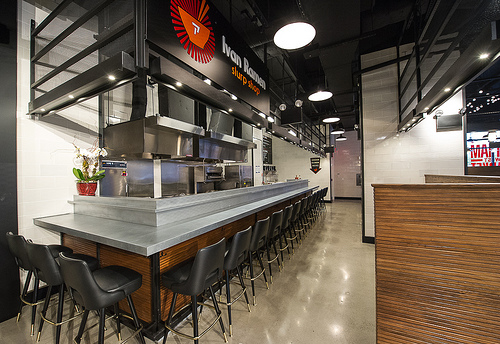 [Ivan Ramen Slurp Shop by Krieger]
THE BLOGS: Andrew Steinthal of Immaculate Infatuation is thrilled by the noodles at Ivan Ramen in Gotham West Market, giving them an 8.3, while co-editor Chris Stang says you just need to know what to order at Toro and rates it a 7.8. Nick Solares samples the menu at Empire Biscuit, Tasty Travails has a great first meal at Fung Tu, NYC Foodie explores Gotham West Market, Eat Big Apple goes for a classic with Lombardi's, Chekmark Eats samples the takeaway at Nourish Kitchen + Table, and NY Journal finds a mixed bag at American Cut.
· All Coverage of Reviews [~ENY~]