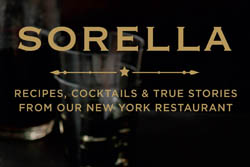 1) The Sorella Cookbook: Sarah Krathen of Sorella is on this week's episode of "The Morning After." She talks about their new book of stories and recipes from the restaurant, sharing this story of her partner Emma Hearst's kitchen attire:

Anybody that's met Emma knows that she certainly doesn't fall into any category of the way that chefs act. I think she wore whites for the first two days Sorella was open and then she was like, 'I'm done with this, I don't like the way I look in whites.' And then she was cooking in Lululemon pants and a black shirt every night. 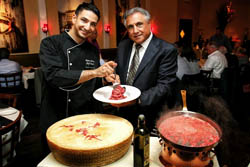 2) A Changing Carroll Gardens: Patrick Martins, host of "The Main Course," chats with Joseph Chirico and his son Marco, two generations of the family behind Marco Polo in Carroll Gardens. Listen in for what Joseph has to say about the changes he's seen in Carroll Gardens since the early eighties:

When I opened Marco Polo there in 1983, people thought I was crazy to open that crazy restaurant. And I would challenge them, and all my life I've liked a challenge. I would say, I have to open a restaurant like in Manhattan…in those days the restaurant was jacket required…All my clientele at that time were all businesspeople--bankers, lawyers, judges. I like competition now. We have a couple hundred restaurants in the neighborhood, between Court Street and Smith Street, which for me is good. 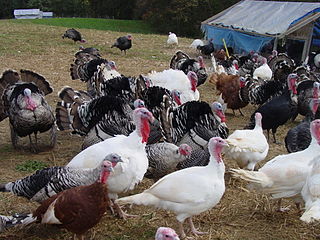 The old standard-bred turkey, or the heritage turkey as they call it today, fed America from about 1850 till about 1960. They started radically changing chickens before they did turkeys, but as farming went from the traditional family farm to universities and scientists and land grant universities, they began to hybridize and mutate and genetically modify these animals. Everything radically changed so that even in the last 20 years they have radically changed these animals so that now you can get a 20 pound turkey in twelve weeks. 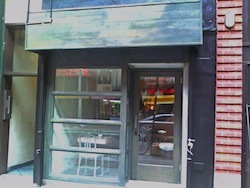 4) Watching Guests Eat at Sushi Ko: Chef John Daley of Sushi Ko in the Lower East Side pays a visit to "Word of Mouth," talking about flubbing a stage with April Bloomfield, working at Masa and 15 East, and how he gauges his guests' appetites:

Some of the plates need to have that 'slurp-ability.' A lot of the first two courses are almost profiling dishes for me to see where the customer's at. We put down a small fork and chopsticks for first course, and now you even could just pick up first course and slurp it. A lot of times, I see how they interact with their food. Are they afraid or are they hesitant? Do they grab the chopsticks or do they grab the fork…then you can move on with the omakase 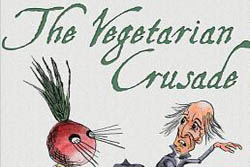 5) History of Vegetarianism: Food historian Linda Pelaccio talks about vegetarianism as a social movement in America on her show "A Taste of The Past." On this week's episode, Adam Shprintzen, author of The Vegetarian Crusade, talks about the roots of meat abstention in the 19th century: