Women in Wine: Not the Same Story as 'Gods of Food'

Share All sharing options for: Women in Wine: Not the Same Story as 'Gods of Food'

And now, Eater wine editor Levi Dalton weighs in on the subject of the media's representation of women in the New York wine world: 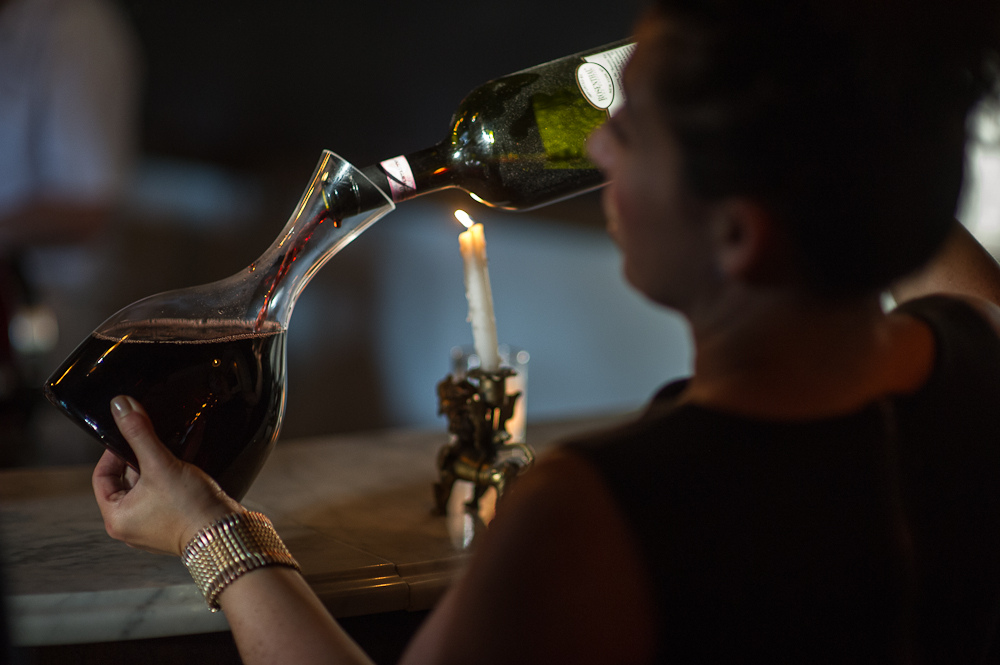 Watching the controversy unfold around the near absence of women in Time magazine's "Gods of Food," my first thought was, "That would never happen in wine." It would be impossible for a commentator to miss the success of female sommeliers in New York City. Sommeliers abound in both sexes in New York today, and perhaps enviably so. While talking recently with a female sommelier visiting from Los Angeles, she bemoaned the lack of opportunities for women back in L.A.. In New York, she felt, women were doing much better. But why might that be so? One reason might be the conferences organized in New York with the aim of promoting women in the wine industry. Another reason might be the quiet, steadfast support of Eric Asimov.

The Wines of the Times tasting panel that Eric Asimov leads for the New York Times features guests from the wine world, usually sommeliers working in New York, whom Eric invites to attend. I have been on the panel myself. It can help a sommelier's career to appear on the panel because it gives them some name recognition with the broader public, but also because it gives them an implied stamp of approval from the Times. And it is the sort of notice that goes over well with restaurant owners and employers, because it helps establish their sommelier as having expertise about wine, but doesn't bring so much attention that it might lead their sommelier to start asking for more money. In other words, it is the kind of welcome pat on the back that can help foster careers.

Each tasting panel generally has two guests from outside The Times sitting in with Eric and Florence Fabricant. I took a look back at all of the various panels, Wines, Beers, Spirits, and Sodas (true) of the Times led by Eric Asimov and dating back from October, 2003 through today. How did the representation of women on the panel compare with that of men? What I found is that while the number of men is greater than the number women on the panel in any given year, women are given more repeat visits in which to participate.

2012: Laura Maniec appears three times on the tasting panel. She is the only person to appear this many times. No male appears on the panel more than twice.

2011: Carla Rzeszweski and Lacey Burke each appear three times on the tasting panel. No male is on the panel more than twice.

2010: Pascaline Lepeltier is on the panel three times. Only Michael Madrigale appears with the same frequency. The other men appear once or twice.

2009: This year brought 12 women to the tasting panel, which was higher than ever before. The following years would also bring as many or more women to the panel. Even with the increased number of women (there were only seven on the panel in 2008), no one appears on the panel more than Rebecca Foster or Elizabeth Harcourt.

2008: Laura Maniec is on the panel three times, while no one else appears more than twice.

2006: The number of female guests on the panel doubles to eight. Beth von Benz, Jill Roberts, and Juliette Pope all appear twice. Of the men on the panel, no individual appears more times than any of these women.

2005: Karen King appears twice. Only one male (Chris Goodhart) appears more than twice on the panel in 2005.

2003/2004: Beth von Benz appears five times on the tasting panel. Of the 25 men who are featured in the same time period, 24 appear only once or twice on the panel.

When reached for comment, Eric Asimov responded to my findings by emphasizing that women have been notably successful in many aspects of the wine business, from wine writers to winemakers, and not just as sommeliers and not just in New York. And that that success has occurred to such an extent that he usually doesn't notice or distinguish between men and women in the field. But he also told me that he hasn't wanted the panel to always be "three men and Florence," and that he has "consciously tried to have more women on the panel for different perspectives."

Of course other members of the press and other articles in other publications may have played a role in giving attention and increased respect to the capable and experienced female sommeliers working in New York City. When I was working as a sommelier myself, my own feeling was that Talia Baiocchi, writing for Eater, was often supportive of women who were deserving of attention. But I found it interesting when I spoke with Talia recently and she stated that by the time she was covering sommeliers, "women had established themselves in the profession." The implication was that the work of fostering careers had been done before she got on the scene.

Why is this important? Well, because it implies that if the press covering an area of endeavor is supportive of women, a stronger community of successful women working in that field can be a result. The current parity status of women working as sommeliers in New York could be thought of as one example. When Time, as their editor Howard Chua-Eoan stated, decided not "to advocate for anything," they may also have missed the opportunity to bring about change in what he also called the "very harsh reality" of the restaurant world. Quietly, Eric Asimov may have helped bring about a positive result by taking a different route.