Cafe Standard Shows its Pretty Face to the World

Share All sharing options for: Cafe Standard Shows its Pretty Face to the World

The plywood just came off the Cooper Square-facing side of The Standard East Village, revealing the handsome brick exterior of one of the hotel's new restaurant spaces, and the pretty blue facade of another venue. Andre Balazs has kept a tight lip about the new dining and nightlife projects at the hotel, but one component, Cafe Standard, is slated to open on Monday. Of course, the most exciting new project here is the as-yet-unnamed restaurant from Dovetail's John Fraser. 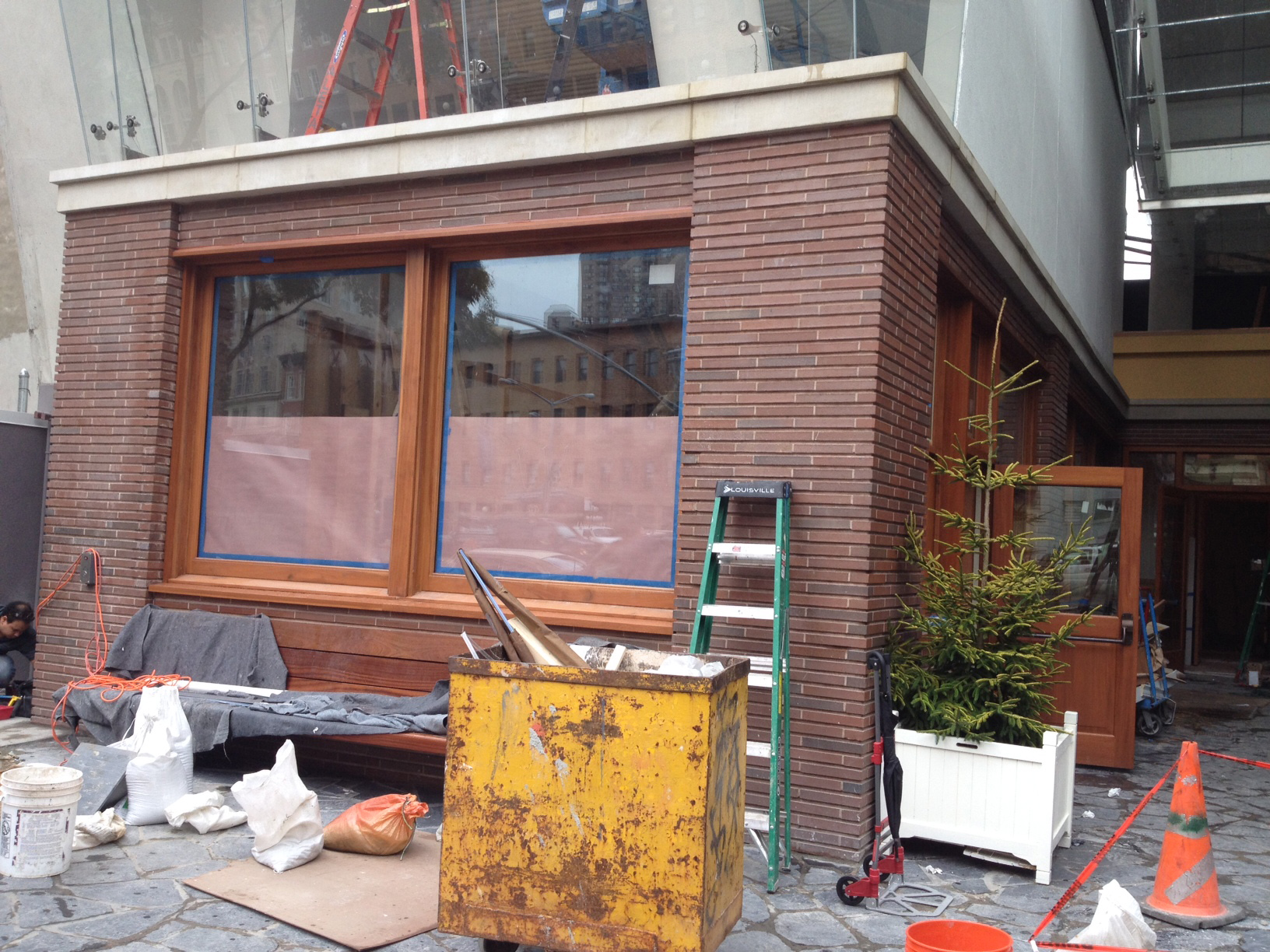 An employee at the hotel tells Eater that it should open around New Year's, but Fraser has had some input on the menu at Cafe Standard, as well. Over the last year, Balazs has drastically changed the layout of the space, so that guests now enter through a new lobby in the three-story building next to the hotel's shiny glass tower. The restaurant's second floor bar remains open, and some food and cocktails are being served in the garden space in the back. Stay tuned for more details on the new dining and nightlife options at The Standard next week.
· All Coverage of The Standard East Village [~ENY~]