All throughout Cocktail Week, bartenders and spirits professionals will be sharing their weirdest bar stories. Up now: Chris Cannon: 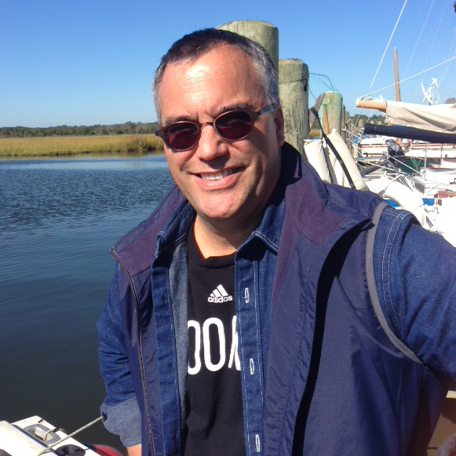 Chris Cannon, industry legend: It was 1984. I used to work from six in the morning to seven at night, six days a week. And every day I'd come home, basically fall asleep for two hours, wake up, have a bunch of hot dogs, and then go out to eat and drink all night. My roommate Mario and I used to frequent this bar on the Upper East Side called Swell's, which was like the preppiest bar in New York City, and we decided that over a period of time, we were going to destroy its reputation. One night a friend of mine from college, a big black guy who had been a running back on the football team, came in with us. We started getting very drunk and I look to the side and my friend is getting into an argument with this big Jewish guy. They are arguing about which guy's penis is larger.

This is a place that had a big bar and a cocktail lounge with cocktail tables, and there are all these 22-year-old, 21-year-old, 17-year-old, 19-year-old girls around. So these guys get so heated in their argument that they take their pants down and put their penises on a cocktail table to see whose penis was bigger. They actually took them out. And all the girls were covering their hands over their faces and looking through their fingers. To the dismay of my friend on the football team, the Jewish guy's penis was larger, and my friend was beside himself for the rest of his life. It was terrible.
Later this fall, Chris will open All'Onda with Chris Jaeckle
· All Coverage of All'Onda [~ENY~]