Share All sharing options for: Michael Madrigale on a Bizarre Karaoke Night Experience

All throughout Cocktail Week, bartenders and spirits professionals will be sharing their weirdest bar stories. Up now: Michael Madrigale: 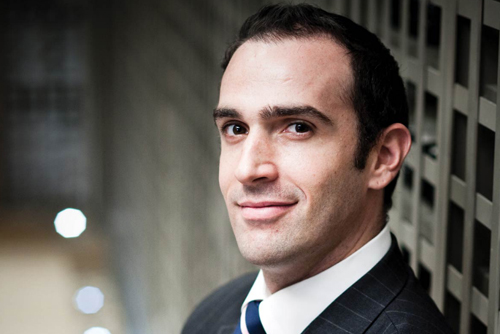 Michael Madrigale, sommelier at Bar Boulud and Boulud Sud: I was at the Eddington House one night in 2004. I had moved back from France to my father's home along the urban sprawl of Northeast Philadelphia. I had been living in Burgundy, France for nearly two years and had to rush back to Philadelphia because of a death in the family. My friend Jeff knew I was home and called me one night to invite me out for a drink and cheer me up. He suggested the Eddington House, as it was a local sports bar in the neighborhood. When we arrived we realized that it was karaoke night as we witnessed a drunk, 22-year-old-girl in a Von Dutch hat screeching her way through a Goo Goo Dolls radio hit. "Let's get the fuck outta here" I said. Jeff had already ordered two beers so we figured we'd down them quick and head to the next bar. Mercifully, the song ended and a new singer came to the microphone.

Jeff and I watched from the bar as a bearded, heavy-set guy in a Philadelphia Flyers T-shirt walked up, took the microphone and closed his eyes. His demeanor was serious and the crowd took notice and became immediately silent.

He stood there, standing in front of a crowded bar of around 90 people, clutching the microphone with his eyes squeezed shut waiting for the music to begin. The first few notes started to play and I knew the song immediately. Creep from Radiohead. A song about alienation, sadness, loneliness and unrequited love. He started to sing the first verse and his voice boomed and hit every corner of the room. Jeff and I looked at each other in awe.

What a voice this guy had! It was beautiful. You could feel the words come to life as he sang "I'm a creep, I'm a weirdo, what the hell am I doing here, I don't belong here". We all felt his sadness and alienation. We felt his pain and rejection. We suffered with him as he wondered if she noticed when he wasn't around. The packed room of tattooed, 20-somethings stood enraptured for the song's entire three minutes and 43 seconds. As the song ended he quietly left the stage and walked out the door. Everyone looked at each other in shock as if to say, "What the hell just happened here?" It was as if he swooped in from nowhere, changed the molecules of the room and vanished into the ether. Jeff and I then finished our beers, paid the bill and left the Eddington House in silence.
And stay tuned for more weird bar stories this weekend.
· All Coverage of Cocktail Week [~ENY~]
· All Coverage of Michael Madrigale [~ENY~]