Joe Carroll to Open a Version of St. Anselm on the Bowery

Share All sharing options for: Joe Carroll to Open a Version of St. Anselm on the Bowery

Last night, two big-name restaurant group appeared before the Community Board 2's SLA Licensing Committee. Here's how it all went down: 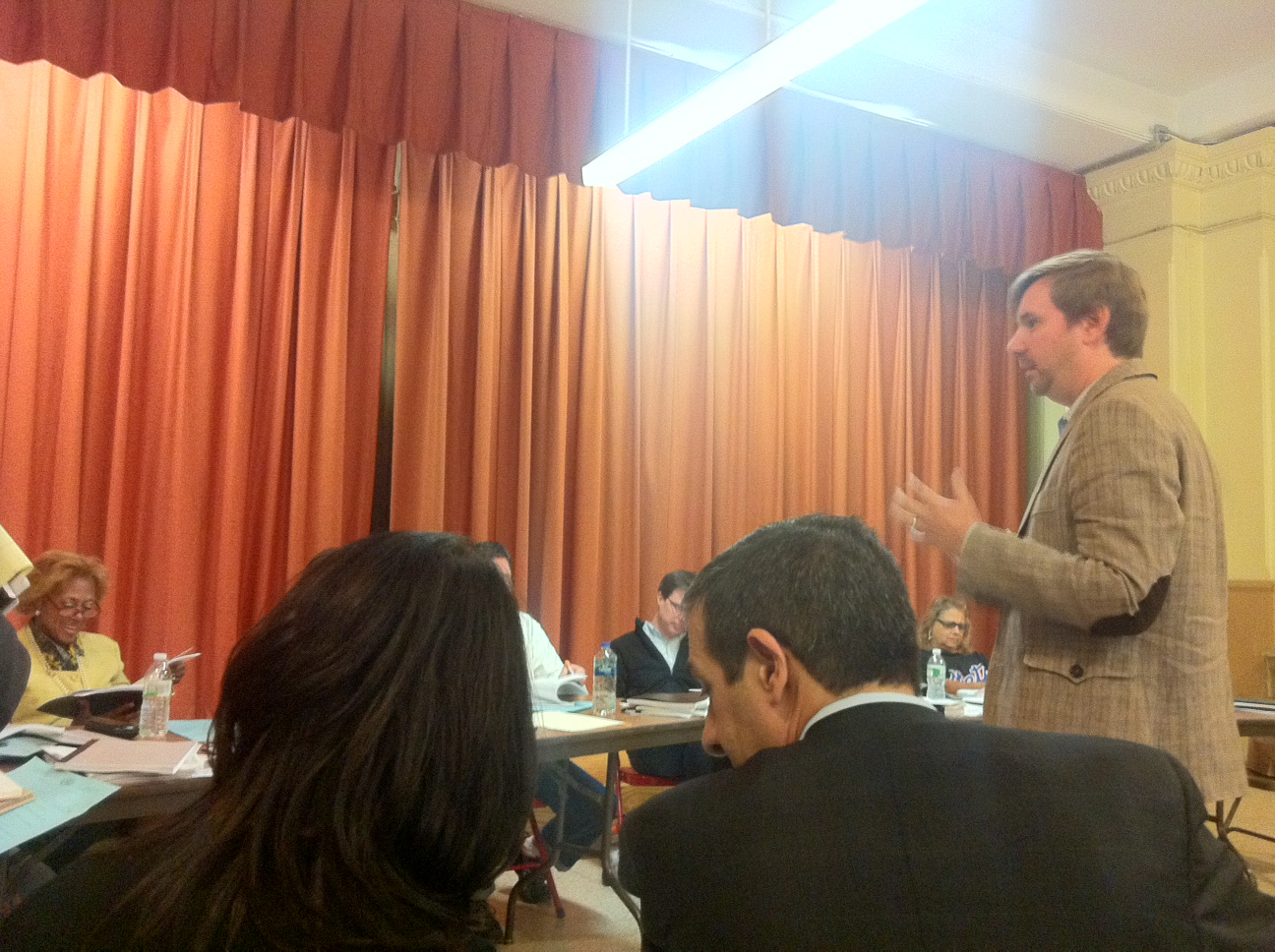 St. Anselm Crosses the River: At the end of last night's Community Board 2 meeting, Joe Carroll and reps from Stephen Starr's restaurant group appeared before the board to rally support for their new project in the landmarked building at 222 Bowery. Carroll pitched this as a version of his wildly popular cheap steakhouse St. Anselm in Williamsburg. The plans include 138 seats, plus a standing bar that can accommodate 10 guests, and the team wants to keep the restaurant open till 2 a.m. nightly.

Some members of the community complained about the fact that this project would be adding a new liquor license to the neighborhood, and that the restaurant would contribute to traffic and general noise in the area. Some neighbors were also skeptical of Carroll and Co.'s claims that this would be an affordable restaurant that would appeal to the neighbors. But the team won initial approval from the board, with a few stipulations regarding closing hours during the week and traffic control/general door management from the team. Carroll and Starr previously worked together on a version of Fette Sau in Philadelphia. [Photo: Joe Carroll pitching St. Anselm on the Bowery] 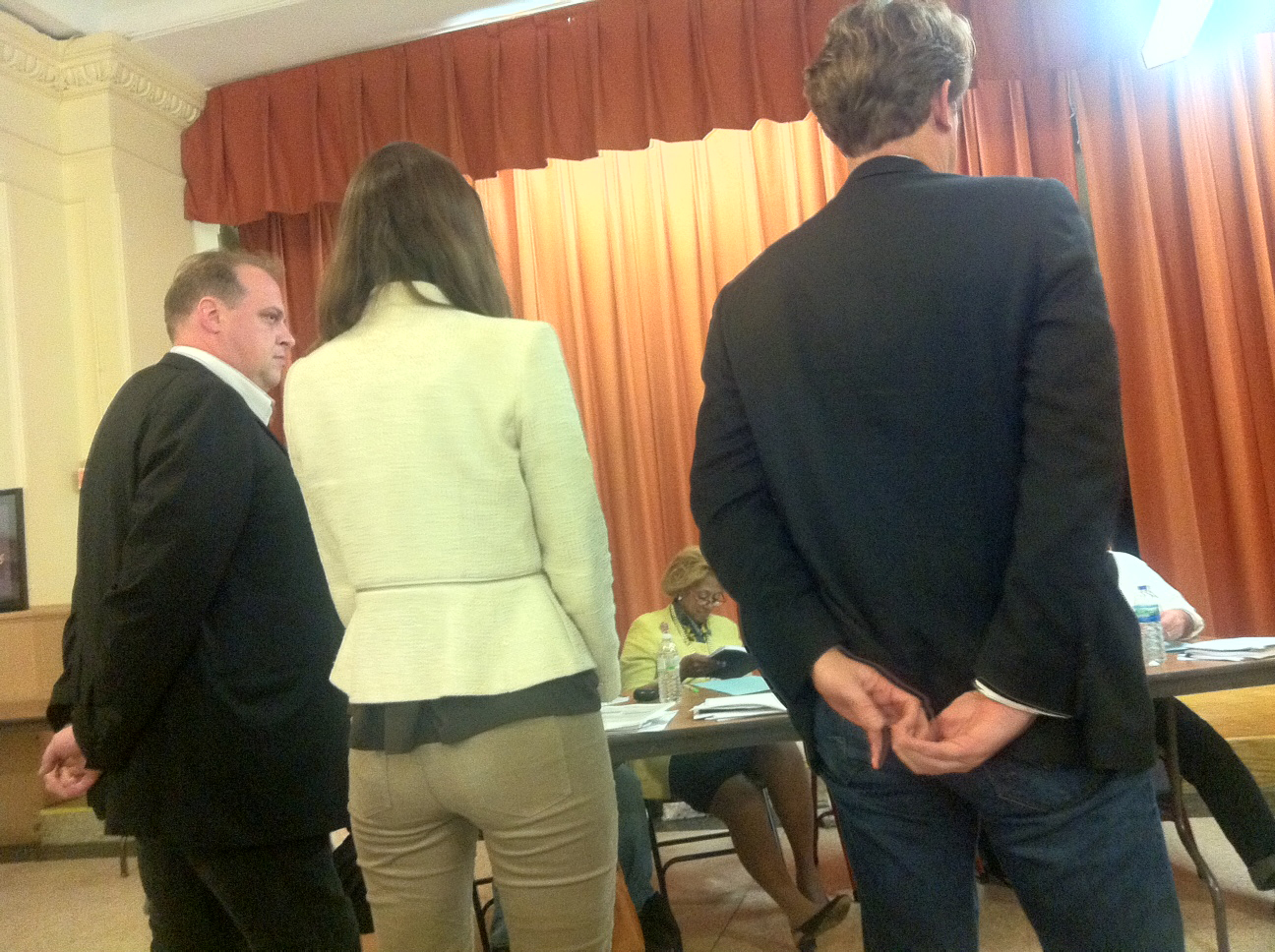 Mulberry Street Drama: The team behind Aspen's Chefs Club also appeared before the board last night to explains their plans for the new restaurant in an unlicensed space inside the Puck Building. The original restaurant in Colorado hosts visiting chefs throughout the year, with a kitchen that's run by former Adour chef Didier Elena, and the team from Food & Wine also helps curate the lineup of visiting talent. Restaurateur Stephane De Baets explained that the New York outpost would be nearly identical to the one in Aspen, with a rotating cast of up and coming chefs cooking for about two months at a time. This is going to be a fine dining restaurant with about 100 seats, and Elena, who was at the meeting last night, will be involved in its operation as well.

The board and the neighbors in attendance last night were not happy with the fact that the original application listed an entrance on Lafayette, when the actual doorway to the space is on Mulberry Street. De Baets explained that this was not an attempt to trick the neighbors, just a miscommunication. Of course, some locals also complained about adding a liquor license to a space across the street from a church. The board suggested that the Chefs Club restaurateurs do some outreach with the residents of Mulberry Street and return at the next meeting, which they agreed to do.
[Photo: Didier Elena and Stephane De Baets explaining the concept behind Chefs Club]

Gotham Rose, Golpe, Dojo: A few more stray tidbits from last night's meeting:
· A new Russian restaurant called Ariana (listed as Gotham Rose on the agenda) is moving into the space at 138-142 Houston Street. This will be an outpost of a popular Moscow restaurant (the original is called Gallery Cafe), and it will be run by the American born daughter of the owners. The restaurant got initial approval from the board.

· The owners of Dojo plan to add a 10-seat bar in the basement of the restaurant, which is currently undergoing renovations. The board gave this license a thumbs up on the condition that the operators offer food in this space.

· The board clashed with a group of restaurateurs that plan to open a Peruvian place at 57 West 8th Street called El Golpe. The members of the board argued that the space is not licensed to serve alcohol, and the block is quickly becoming saturated with eating and drinking establishments. The board urged the team to do more outreach with the neighbors and come back at a later date.
· All Coverage of First Word [~ENY~]