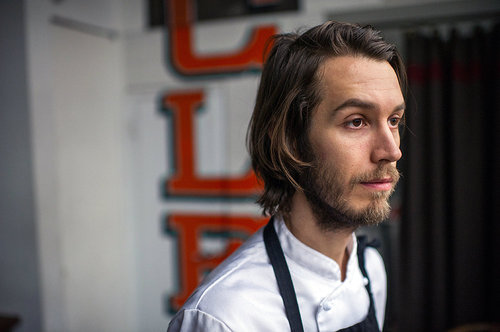 1) On New Nordic Cuisine: Leiti Hsu sits down with two bigwigs of the Nordic dining movement—Fredrik Berselius of Aska in Williamsburg and Ebsen Holmboe Bang of Oslo, Norway's Restaurant Maameo—to talk about the basics of Nordic cuisine and their collaboration at the North Nordic Food Festival. Here's Ebsen on the term "New Nordic" and on cooking for an international crowd:

I don't know what New Nordic is. For me, it's just become this umbrella that you can put on restaurants from the Nordic region. I don't know where Old Nordic ends and New Nordic begins. But I like cooking for everybody. I think the experience gets more deep and profound when they have an insight into the culture that the food represents. So I think cooking for people from the Scandinavian region is fun, and I think cooking for other people from all over the world is super fun, because a lot of people come to our restaurant have read up on the restaurant, have read up on what we are doing, so they have kind of an idea of what we are doing. 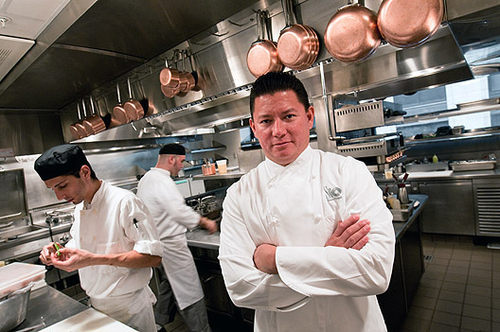 2) Shaun Hergatt's Story: Founder of the International Culinary Center Dorothy Cann Hamilton chats with Shaun Hergatt about how he found his way into food, and how his work ethic and total involvement in the every detail of his restaurants reflect his fastidiousness. Here's Hergatt on what keeps him going:

The one thing that made me successful was persistence. Making sure that I set a goal. And regardless of whether I move as fast as the next person, or I am less talented than the next person, the difference is that my work ethic and my persistence will outdo most people. So what that means is that, it doesn't matter what happens in my career, I'll get pushed back five steps, but then I will make sure that I gain those five steps, plus another two. 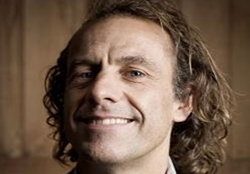 3) Evolutionaries: Alain Coumont: The newest segment of HRN's half-hour radio documentary series "Evolutionaries" features Alain Coumont, owner and founder of Le Pain Quotidien. He talks about finding a market for artisanal bread in France, and the process that led to his opening the successful chain. Here's Cuomont on his first experience with the press when he launched in January of 1997:

Three days before we were going to open the shop, we had brown paper on the window, and the door wasn't locked. And a woman comes in the shop, and I'm on a ladder putting a coat of paint on the ceiling. And that woman comes to me, and even before she tells me who she is, the first thing she says is 'Did you talk to the New York Magazine?' and I say 'No.' Then she says 'Because I'm Florence Fabricant from the New York Times.' All of a sudden I say 'And if you want, I'm not going to talk to those guys for months. 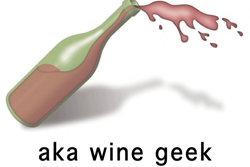 4) Steve Olson, aka Wine Geek: On this week's "In The Drink," Joe Campanale is giddy while talking to wine veteran Steve Olson about wine education, building the beverage program at Gramercy Tavern, and his consulting company, aka wine geek. Here's Olson on never losing sight of what's important in a restaurant:

I love food and to me, it's not about our wine lists, and it's not about our cocktail program and our hand-crafted beers and our exciting boutique wines and all the stuff that you and I both love to do. It's about making the food, if at all possible, taste even better than it already does when it leaves the chef's fingertips. It's about enhancing the dining experience. If the food's not amazing, they're not coming back, so my job is to make sure that that food is just showcased in such a way that it's brilliant. And then--all the cool things in our world--we get to put next to it! 5) Heather McReynolds of Sixpoint: Jimmy Carbone, host of "Beer Sessions Radio," chats with Heather McReynolds, brewer at Sixpoint Craft Ales, about working in a male-dominated field and how she got into beer. Here's how McReynolds' first felt about learning how to brew:

Not that it's easy, but I give a shit, and I feel like if I give a shit, I could maybe make it taste a little bit better. So I trained with the guy for two weeks, then he quit, so it was sink or swim time. So I read every book imaginable, and I'm happy to say I did really well, I didn't have any major screw ups the first couple years. But I knew that, you can learn how to make beer, but you're really good at it when you learn the science behind it, and there's tons of science and math that I think a lot of people don't think about.