Year in the Life of Gramercy Tavern Detailed in New Book

Share All sharing options for: Year in the Life of Gramercy Tavern Detailed in New Book 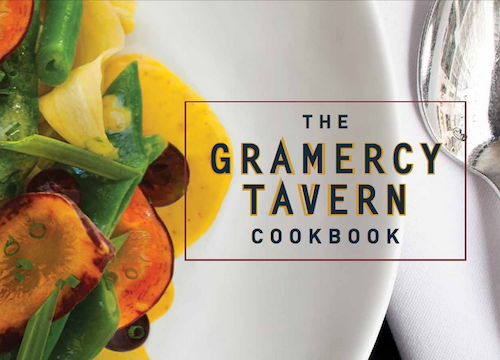 Organized by season, the chapters of the cookbook chronicle a full year at the restaurant, with each recipe streamlined for the home cook. Beyond recipes, the book provides a deeper look into the restaurant's evolution and timeless appeal. Readers will hear from the artists who shaped the décor and first hand accounts from the close-knit staff. With some 200 photographs and 125 never-before-published recipes, food lovers everywhere will be inspired to bring the warmth of Gramercy Tavern into their homes.

Take a peek behind the cover, this way. >>