All throughout Cocktail Week, bartenders and spirits professionals will be sharing their weirdest bar stories. Up now: Joaquin Simo: 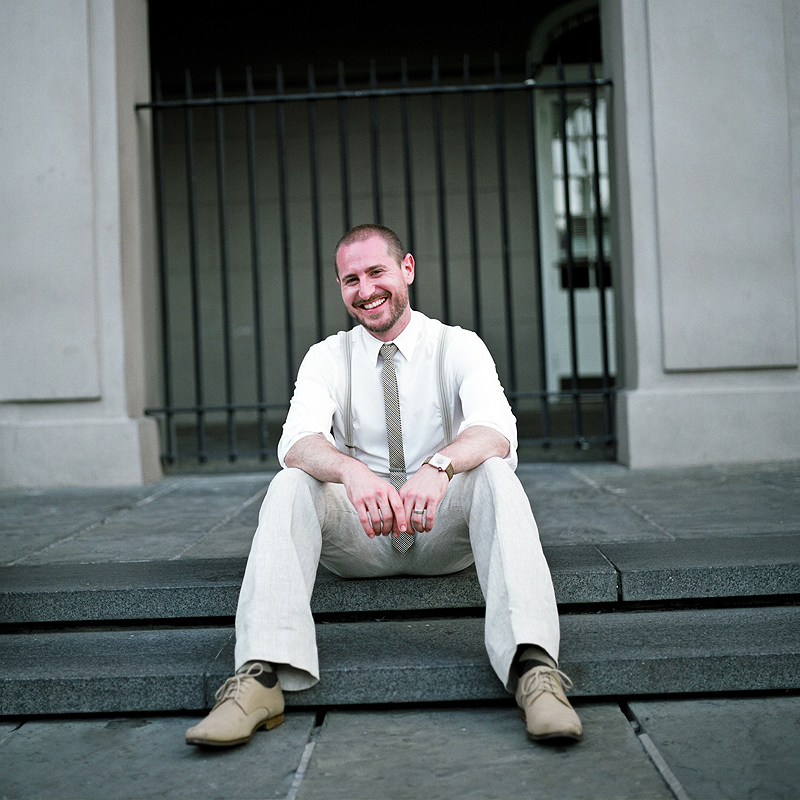 Joaquin Simo at the 2012 Tales of the Cocktail in New Orleans. [Krieger]

Joaquin Simo, bartender and partner at Pouring Ribbons: Back at the very first bar I was ever a regular at, a neighborhood haunt/college bar/sports bar, I witnessed an amazing feat which forever impressed upon my young mind the great power of a bartender. One of the gents behind the stick that afternoon was a massive ox of an Irishman: Seamus stood well over six feet tall with forearms like hamhocks and a chest (& belly) like a whiskey barrel. Despite his size, he was also an accomplished kickboxer, which no one could have guessed from looking at him.

As tends to happen in bars open during the daytime hours, there was some disagreement amongst gents who had been imbibing. My guess is it was a dispute over a game of pool. My back was turned, so I missed the origin of it, but when I turned around, it was a Pier Six brawl going on. It spilled outside very quickly, at which point Seamus realized one of the brawlers still had an open bar tab.

He storms out into the middle of the fray, and plucks this unhappy soul out of of the scrum like he is a schoolboy. Seamus all but carries him by the scruff of his neck all the way to the bar, slams him down and growls "Dan't fackin' MUUUUUUVE." This guy has no idea what is happening, but is clearly petrified. Seamus calmly walks around the bar, prints out his check, and demands his credit card. The guys hands it over without any hesitation and watches wordlessly as Seamus runs the card, adds the tip, and hands it back to him to sign. He does so, at which point Seamus again repeats the same instruction in that same menacing brogue. He marches back around the bar, grabs the guy and calmly tosses him back into the fight out front, which is still going on.

Since then, I have done everything in my power to never be in a bar fight, walk out on my tab, or mess with laddies who don't need ladders to reach anything. Damn fine lesson to learn at 21.
· All Coverage of Cocktail Week [~ENY~]