Share All sharing options for: Seven New Cocktails to Try This Fall

And now, as a Cocktail Week special, spirits writer extraordinaire Robert Simonson shares a list of some of his favorite new drinks: 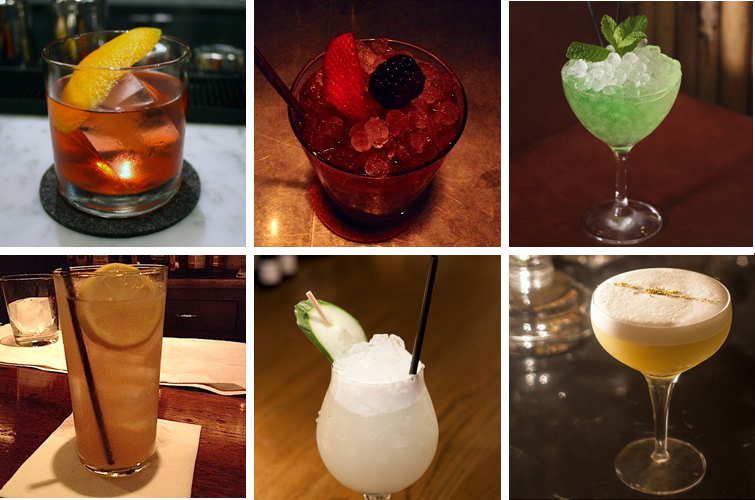 With arrival of each new cocktail bar, one always hopes to find a standout drink on the inaugural drink list, a liquid showhorse on which the boite can ride into the jaded New York drinker's good graces. These days, what with increasing competition in the cocktail field, hitting that mark has became harder and harder to do. Still, among this autumn's tavern debuts, I did find a few libations that commanded my attention on the first sip. 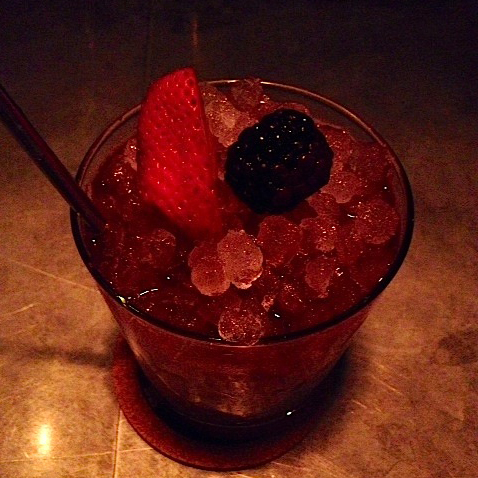 1) The Sherry Berry Cobbler at Apartment 13: Because Cobblers are already so easy to enjoy, the ridiculously tasty Sherry Berry Cobbler almost tries too hard. Instead of one brand of Sherry, it gives you three, and tops it off with blackberries and strawberries. It's no surprise that it's pretty much love at first sip on this one. The goofy name somehow makes you like it even more. [Photo: Robert Simonson] 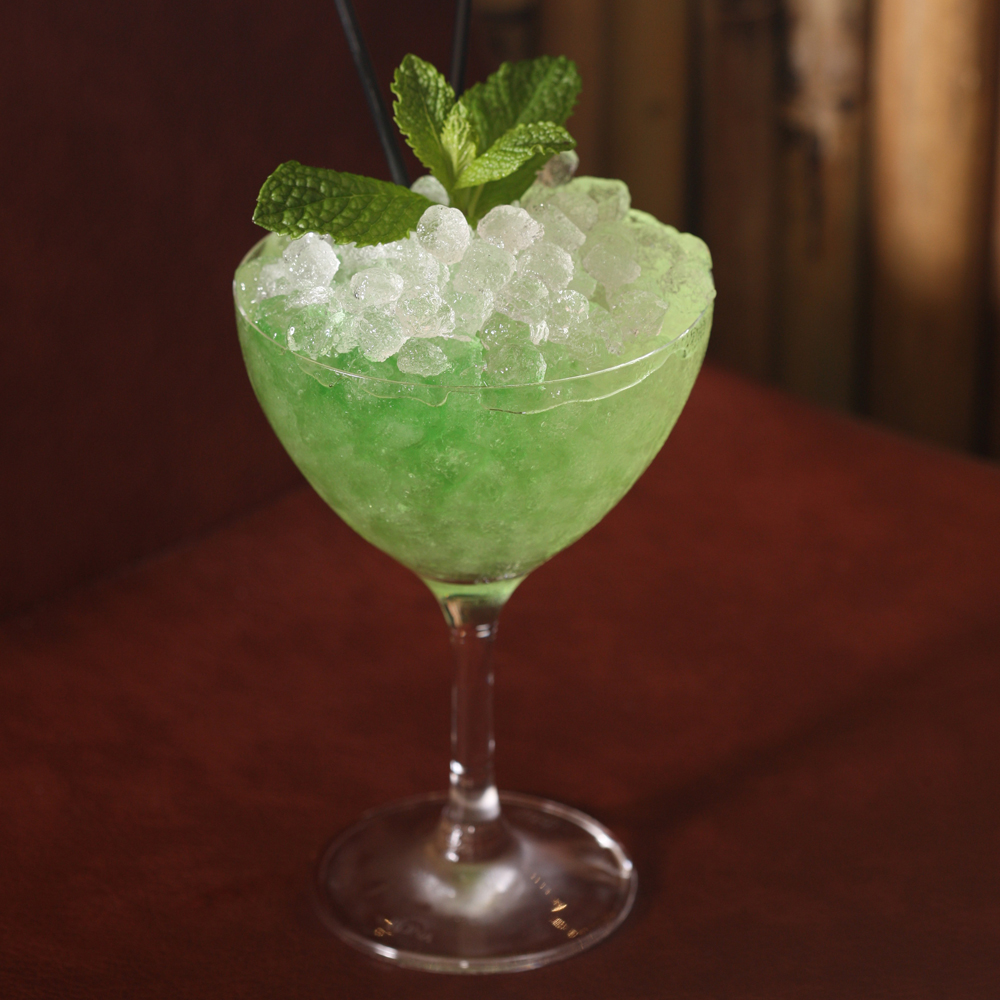 2) Grasshopper at The Butterfly: You wouldn't expect an old cocktail deconstructionist like Eben Freeman to serve up a straight-faced Grasshopper, would you? No. So, instead of a syrupy mix of creme de menthe, creme de cacao and cream, the first two ingredients are compounded with Fernet Branca, aged rum, orange juice, hot milk and lemon juice in 14-liter batches, which are then strained seven times after sitting overnight. The result, served over crushed iced, is crystalline, aromatic and elegant—words you don't usually associate with this déclassé drink. The traditional green color (which is optional) comes from pontoon extract, which is applied with an eyedropper. No low-brow drink ever got such a high-tech treatment. [Photo: Melissa Horn/The Butterfly] 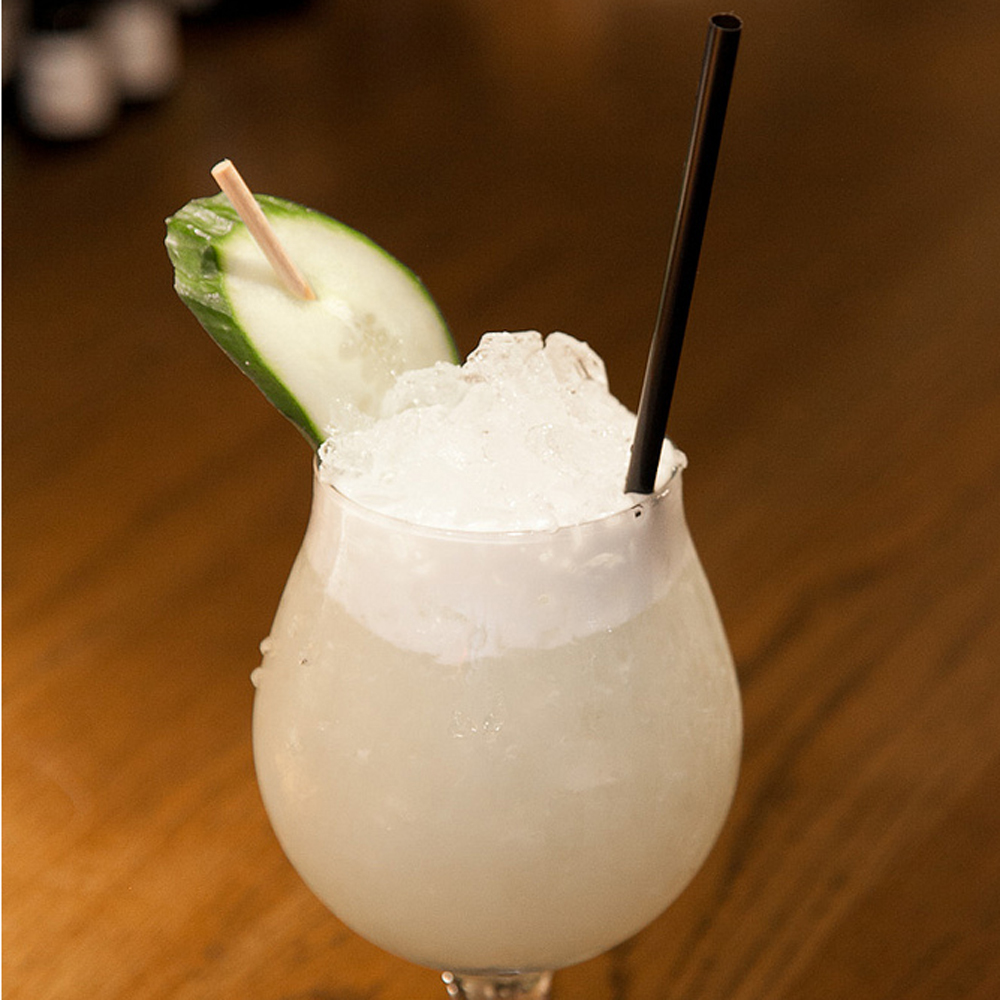 3) White Seahorse at Grace: Every cocktail on the debut menu at the convivial new Murray Hill Irish pub is by a prominent female mixologist. A decided standout is Jane Danger's White Seahorse, an ice-laden, egg-white-laced, gin-based charmer whose frothy appearance lives up to the drink's name. Made with orgeat and served in a bulbous Belgian beer glass, it teeters on the edge of tiki, making it an odd, but welcome entry at an Irish pub. And like many another tiki concoction, it goes down like a dream. [Photo: Grace] 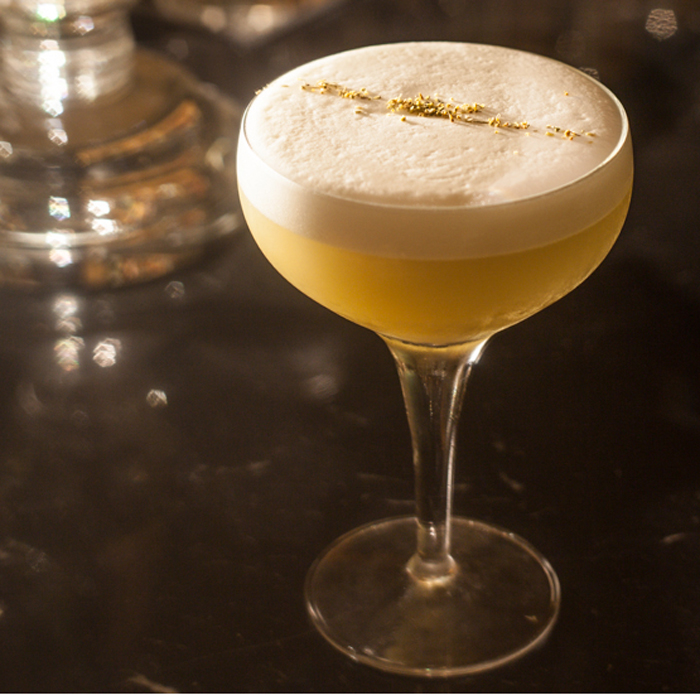 4) Polleno at Henry, A Liquor Bar: This is the first cocktail program by Ryan Chetiyawardana, a big noise in molecular mixology in London. (Henry is the only place in New York outside of Booker & Dax where you'll find a rotary evaporator.) Nearly ever drink on the debut menu boasts a bell or whistle or two. But the smooth, lush and lovely Polleno stands out in taste and texture. One of the most inventive Sherry cocktails around—at a time when Sherry cocktails are everywhere—it is sweetened by the flavors of both sour and sweet apples, and thickened with egg white. On paper, fennel pollen sounds like the apex in pretentious, meaningless garnishes. But it's a contributing flavor here and seriously delicious. [Photo: Henry, A Liquor Bar] 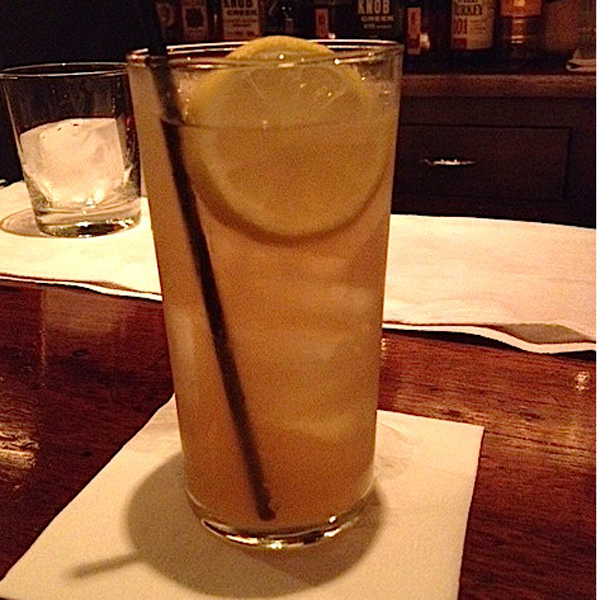 5) Rip City Fizz at Long Island Bar: Long Island Bar is cocktail master Toby Cecchini's first bar since the closure of the late, lamented Chelsea haunt Passerby. That makes Rip City Fizz the first readily available new Cecchini cocktail in some years. (He invented it a couple days before the bar opened its doors.) And it's a winner. A long drink made of aquavit, Cynar, hard cider, lemon juice and honey, it's refreshing and tart and just complex enough—a sunny bit of California-style mixology sent here to brighten the chill autumn days. [Photo: Robert Simonson] 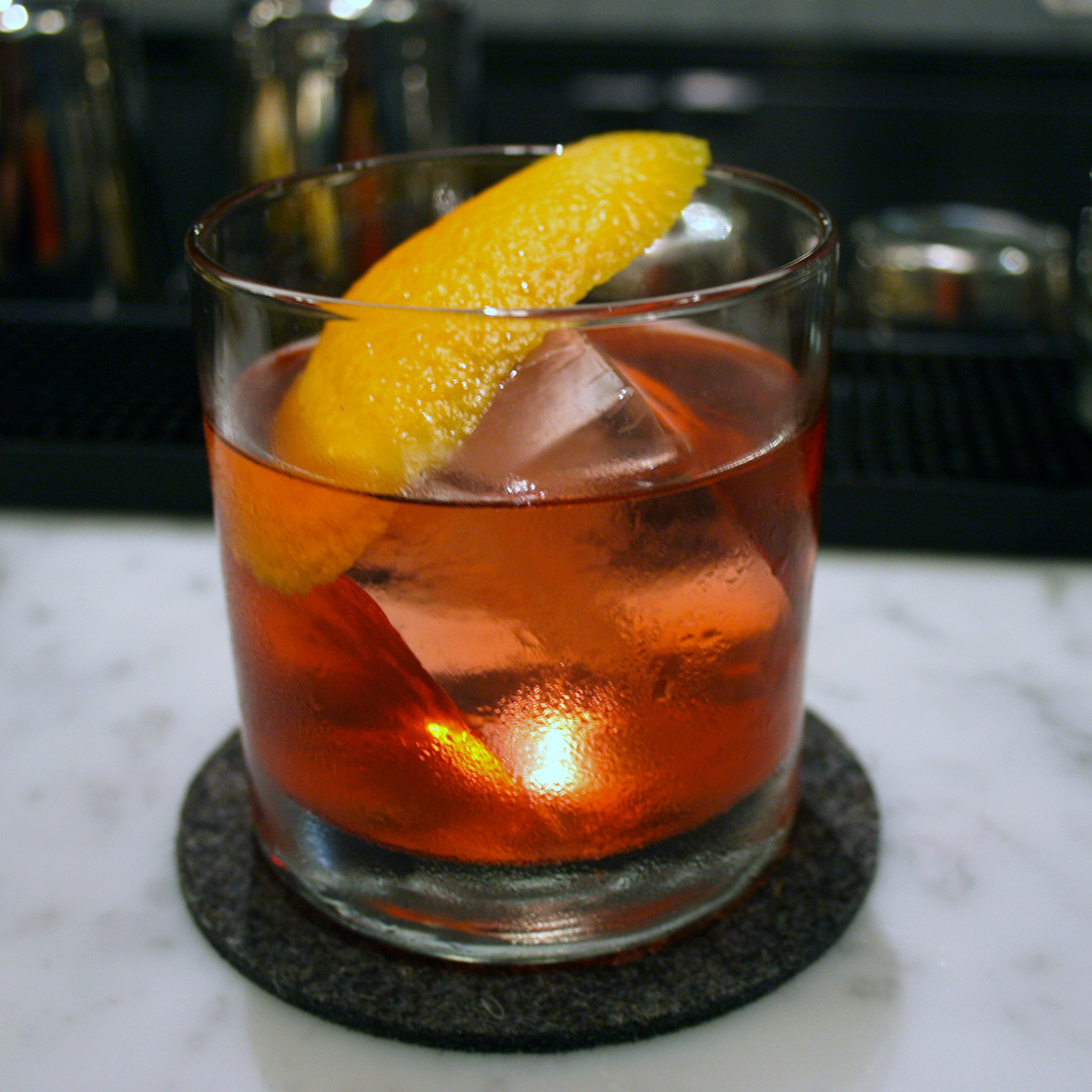 6) Red Leaf at Saul: While already loaded with seriously enticing elixirs—Banks 5 Rum, Cocchi Americano, Campari—the secret to this Dan Carlson cocktail is the bittersweet tang of nearly an ounce of Scarlet pear and Honeycrisp apple shrub. The thirsty be warned: at present, this drink is only served during Saul's lunch and brunch shifts. [Photo: Saul] 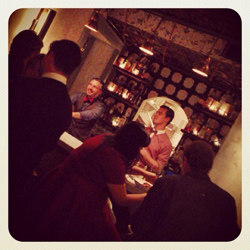 7) Ambrosia #2 at Wallflower: The smoky Mezcal-based V.I.P (Very Important Cocktail) and bright-and-breezy gin-Calvados-Sherry potion called the Betty Draper will surely prove better sellers at this cozy West Village den, but this drink will beguile serious cocktail mavens with its unresolved depths. The ingredients include Spanish brandy, two kinds of Sherry, maraschino liqueur and—lending the potion its spine—Verjus and sparkling wine. Each get their say, and the conversation doesn't end until the glass is drained. [Photo: Foursqaure]