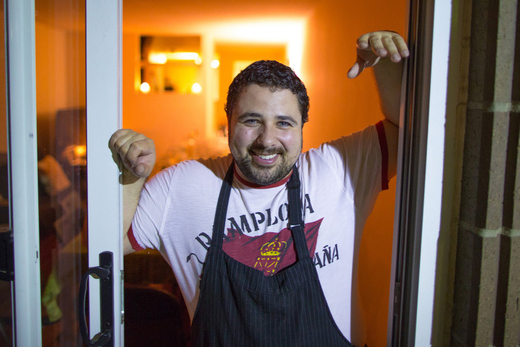 1) Dave Santos at The Greenmarket: This week, Word of Mouth host Leiti Hsu makes a greenmarket run with chef Dave Santos of Louro in the West Village, where they talk about his sentimental connections to the name of his restaurant:

[My Uncle] was always laughing, always smiling, always teasing me, and it always just kind of brought a smile to your face all the time. So when I visited [my uncle] and my aunt in France, he had this giant louro tree, this French bay leaf tree, which I love--bay leafs. He decided when I left to give me clippings of the bay leaf tree, and we brought it back to my mother who has an amazing green thumb, and she sprouted them, planted them, and we have three pretty big bay leaf trees now in my house in Jersey.

2) Chef Advice: HRN reporter Sari Kamin approached chefs at the Second Helping of Life event, asking what advice they would give to their former selves. Here's what Amanda Freitag wishes she had known as a younger chef: 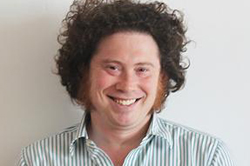 3) Mark Egerman of Restaurant Payment App Cover: The host of The Business of the Business, Phil Colicchio, chats with Mark Egerman of Cover. This new app that allows patrons of participating restaurants to split and pay for their bill through their phones rather than waiting for the check and splitting it eight ways, potentially eliminating one of the key miseries of brunch forever. Here's Mark:

New Yorkers spend a lot of money on their phones but the bottom line is that waving your phone in front of a register is not better than swiping your credit card. But we realized that mobile payments weren't taking off because they weren't an improvement on the status quo. Restaurants have this horrible status quo in terms of prices for restaurants, also it's not a great customer experience — you have to wait for the check, they bring you the check, you have to put down a bunch of cards, they take them away, they bring them back, they give you some paper, you have to do some math, they sign it, and then you go. And we thought, "We can beat that, not by pressing buttons on your phone, but by getting rid of the payment all together." 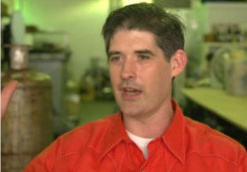 99 percent of Red Delicious trees should be pulped instantly and be turned into paper or burnt for smoking pork or something useful instead of producing the wretched-quality crap apples?The point is that there is something that is not a mealy disgusting apple and is not a crunchy apple and the term is "crumbly."

China has the sixth biggest area of grape vines in the world already?It does prouce drinkable wine, which is a big advance from when I first went there in 2002, when you were really struggling to find decent wine. I go every two or three years and just recently I've noticed the proportion of drinkable to good wines has dramatically increased. We're still not talking great wine, definitely not.