Reviews for The Elm, Le Restaurant, Eat, Toro, and More

Share All sharing options for: Reviews for The Elm, Le Restaurant, Eat, Toro, and More

Ryan Sutton thinks that Paul Liebrandt is working "very near the top of his game" at The Elm in Williamsburg. On the food: "Pillowy early autumn beets ($18) would be fine alone, but Liebrandt checks the sugary root with tomato aioli, dried shrimp and bacon. It's delicious. The kitchen mixes a farmers' market load of produce into the $48 garden casserole, tossing in carrots (glazed and shaved raw), roasted purple Peruvian potatoes, pickled ramps, yuzu-compressed Asian pear, anise hyssop, golden frill mustard — and more. They were perfectly cooked; I devoured them with as much gusto as I might a lamb chop." Sutton gives The Elm three stars, and he notes that the tasting-menu counter, dubbed The Little Elm, will launch next month. [Bloomberg]

As noted yesterday, Pete Wells is impressed by chef Ryan Tate's cooking at Le Restaurant in Tribeca: "A few weeks ago at Le Restaurant, I ate skate so rich and tender I thought Mr. Tate had found a part of the piscine anatomy that nobody had noticed before. A soft fennel broth and bursting sections of pink grapefruit made fine partners for the skate, but the important alchemy had happened in the pan, when the fish was stewed in olive oil blended with dried, air-cured black olives." Wells gives the restaurant two stars. [NYT]

Steve Cuozzo pays a visit to Eat, the Greenpoint restaurant that does a 90-minute silent meal every Sunday: "One non-silent night at Eat, 'fall vegetable soup' consisted mainly of potatoes, as in a famine zone where ingredients are 'stretched.' It's a joke, right? Fearing worse on Sunday, I stashed Haagen-Dazs away at home for later. With nearly as many journos in the house as customers, the silent feast proved marginally less intolerable — viscous butternut squash soup, cold flounder and bony trout. Vegan chocolate 'ice cream' reeked of vinegar." Cuozzo gives the restaurant zero stars. Do take a minute to read the entire review — it's a fun one. [NYP] 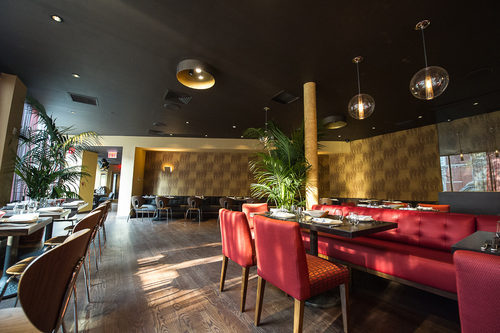 [The Cecil by Krieger]
Joshua David Stein finds a lot to like on Alexander Smalls's menu at The Cecil in Harlem: "The feijoada, a traditional Brazilian meat-and-bean stew, is rarified and internationalized with the addition of lamb merguez and oxtail, much to its benefit. Mr. Smalls resurrects some of his Café Beulah favorites with the skill and happy result of Lazarus. His mac-and-cheese casserole ($20) is one such gonzo cheesy hammy holdover—manna for the decadent, hell for the lactose intolerant. A low-country gumbo is a paean to the Holy Trinity (celery, bell pepper and onion) and the power of a good roux. But the summer roll, whose lettuce skin was properly tender and salmon silky, feels like a non sequitur." [Observer] 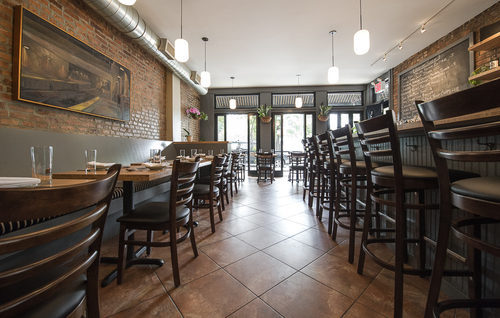 Daniel S. Meyer gives three stars out of five to Shalom Japan: "The most elegant expression of the Asian-Sephardic mash-up is a steaming mini challah made with nutty sake yeast and served with a sweet, heady spread of sake-soaked golden raisins. Yet sometimes conception outpaces execution. A Middle Eastern facsimile of a Scotch egg swaps falafel for sausage, its yielding chickpea shell lacking the meaty chew to contrast the soft egg inside." [TONY]

The Robs give three Underground Gourmet stars to Taquitoria on the Lower East Side, and two stars to Archie & Sons in the East Village. On the taquitos served at the former: "Every combination is terrific: one salty, spicy, super-crunchy bite the culinary equivalent of ringing the county-fair sledgehammer bell in a single blow." [GS/NYM] 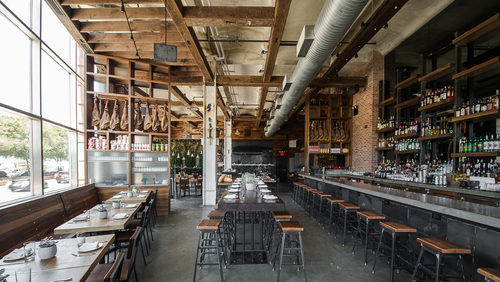 [Toro by Krieger]
THE ELSEWHERE: Gael Greene likes Toro but thinks there's still room for improvement, Amelia Lester of Tables for Two loves the rabbit and many other dishes at Glasserie in Greenpoint, Ligaya Mishan is charmed by Shalom Japan in Williamsburg, and Stan Sagner gives three stars out of five to Estrellita Poblana III in the Bronx. 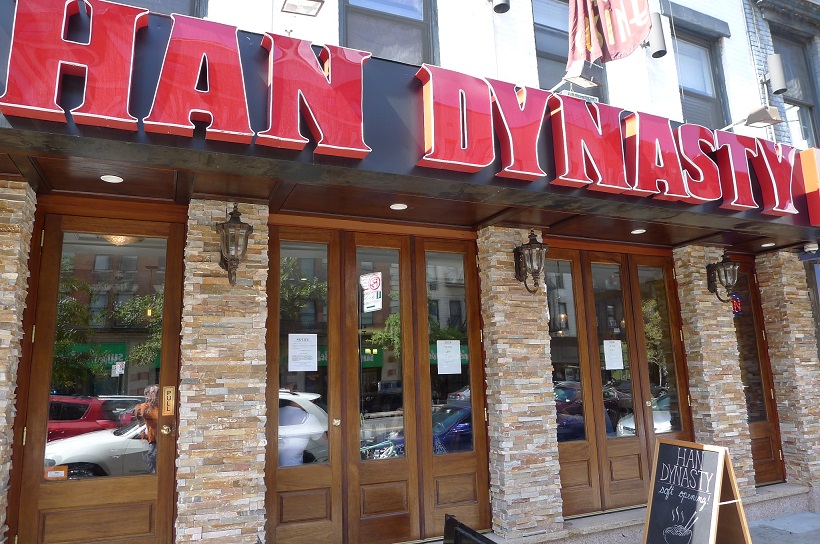 [Han Dynasty by Robert Sietsema]
THE BLOGS: Chris Stang of Immaculate Infatuation gives a 7.9 rating to Han Dynasty, Max Falkowitz samples some solid pies at Milkflower and Tufino in Astoria, James Foley checks out Black Tree Sandwich Shop, Eat Big Apple tries the shio ramen at Ramen Yebisu, Joe DiStefano discovers a delicious goat dish at M. Wells Dinette, the Food Doc offers a detailed recap of the fall menu at wd~50, Chekmark Eats has a blast at Tao Downtown, Blondie orders the Tupelo "Slutty Cakes" at Shopsin's, and NY Journal is not thrilled by Khe-Yo in Tribeca.
· All Coverage of Reviews [~ENY~]
[Top photo: The Elm by Krieger]