The New York Times dining section Twitter account just dropped this juicy nugget of information about David Chang's Momofuku Ko. There's no story online about this major shift in the Momo universe at the moment, but presumably, there will be more information this evening, or in tomorrow morning's dining section. Eater sources whispered about the relocation last winter, and the rumors haven't stopped since then. Word on the street is that he's looking for a large space by the water — think "destination restaurant." Stay tuned for more details as they become available. 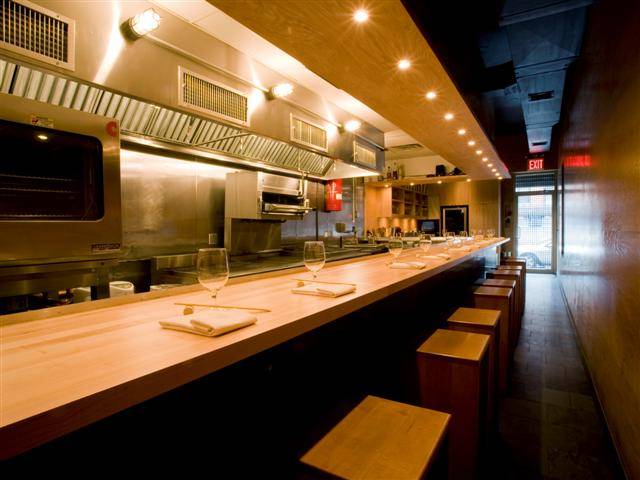 [Photo: Google Plus]
In this week's Off the Menu column, Flo Fab writes that Chang will move Ko to "an odd little East Village alleyway, possibly by the end of the year." According to the Times, this weird alleyway is Extra Place, near the corner of First and Bowery. This alleyway was previously home to sister restaurants Heidi and Extra Place, both of which closed after less than a year. Ko might possibly be taking over this space. Hopefully Team Momo will have better luck than the previous tenants.

Sean Grey will still be the chef, and the new space will have tables and a counter. Chang tells Flo: "Our original lease is up and this new space will give Ko the kitchen it deserves and a waiting room for customers." As you may recall, Eater co-founder Ben Leventhal called this move last December.
UPDATE 2: And here's a rough sketch of Ko 2.0 from David Chang's Instagram: