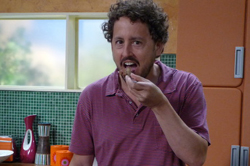 1) The Food Network From Scratch: Darin Bresnitz, of Finger on The Pulse and host of Snacky Tunes, chats with Allen Salkin, author of From Scratch, the highly-anticipated book documenting the rise of the Food Network. Salkin shares a story from the early days of the network and the rigorous filming schedules they kept to:

There was a no stopping rule. Mario's first episode of Molto Mario, he was showing how to make a marinara sauce and sliced his finger when he was grating the carrot. He grated his finger into the mix, looked up, expected to hear that he was supposed to stop, nobody said stop, he wrapped his hand in a towel, slowly bled while he kept making it, they went to commercial, he stuck his hand in a bowl of tomatoes, he kept bleeding into the tomatoes. 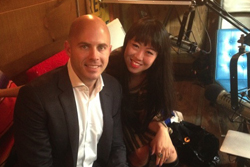 2) Dustin Wilson of Eleven Madison Park: Leiti Hsu, host of Word of Mouth, chats with master sommelier/winemaker Dustin Wilson about making wine that he loves, appreciating the Northern Rhone, and his ace-in-the-hole for passing his Somm exam:

While I really enjoyed geography and the whole reason I went for it was because it was something that intrigued me and was a subject matter that I really enjoyed, I realized after school that I could go get a job with the government or I could get a job teaching, and it would look like I could get about half what I was making bartending at the time and I thought, that's no fun. So, lo and behold, I decided to stay in restaurants?.The geography thing, I'm really happy that I did it, it ended up proving to be very helpful when I got into wine, but it was never my intention to use that in the whole wine process. 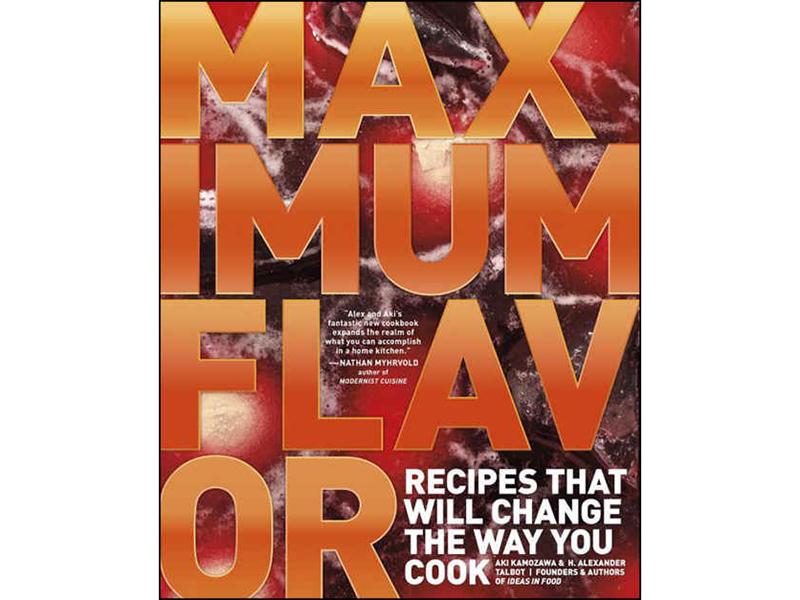 3) Ideas in Food: Maximum Flavor: The culinary consultant duo and authors of the scientifically-minded food blog Ideas in Food, Aki Kamozawa and H. Alexander Talbot, talk to Dave Arnold about their new book, Maximum Flavor, in which they try to more subtly deploy the science behind their techniques:

The whole point of this book is that we had a lot of fun with it, and the science is still there but it's kind of hidden. It's almost scattered through the recipes and it's in the headnotes and it's layered into stories, as opposed to our first book, where the science was front and center and the recipes were behind that. Here we're more about really really delicious food and how we did it. 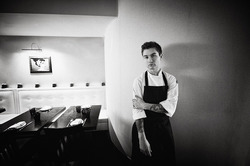 4) Alex Stupak on Mexican Authenticity: Mitchell Davis of the James Beard Foundation and host of Taste Matters invites Alex Stupak into the kitchen to talk about creativity and how to look at the confines of any one cuisine. Here's Stupak on how NYC treats changes in traditional cuisine:

I think we have everything here in New York but we pass it through a New York filter?I don't know if it's factual or not, but maybe at one point French cooking where it is today or Italian cooking where it is today in New York City had to struggle quite a bit to get that much range and freedom, and I think that's really admirable and fascinating and I hope I can be a part of that with Mexican cuisine. 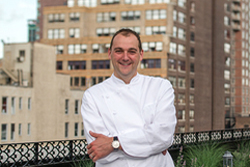 5) Daniel Humm's Story: Dorothy Cann Hamilton stops by Eleven Madison Park before service to interview Daniel Humm about his upbringing in Zurich, and how his attitude towards winning as a competitive cyclist carries over into his job today:

It takes getting the whole team behind the idea of what you do with the restaurant, to believe in the direction, and work really hard and have fun. We get people from all over the world who eat with us, really exciting people who know food, and to see these guests getting excited about what we're doing, is winning, on a daily basis, having the guests leave happy. And then on a bigger scale, we have all these lists and rewards and stars, and of course they're really important, to me they've always been really important. They're a measure of where you're at and how you're doing. Some of these lists are maybe a little political and you can always argue about it, but if there's a list, I want to be on top of it, not on the bottom.