Share All sharing options for: This Month in New York City Dining, 1993

Occasionally, we like to look back on other periods of New York dining. Here now is a rundown of what was abuzz in the city 20 years ago: January of 1993.

Food Phone, Club USA, Beer Pairings, and Where to Eat in 1993:
A fire ripped through the basement and first floor of Gallagher's in Midtown, but the blaze was extinguished quickly and a manger at the restaurant said that the damage to the space was "superficial." Flo Fab filed on a new trend: restaurants with serious beer programs. Alan Harding, then the chef at Nosmo King in Tribeca, was singled out as one of the chefs leading this movement. He explained: "I'm trained to make soigne food...so I automatically think in terms of wine. But now that I am also doing beer dinners, I have been surprised to discover how well so many dishes go with beer."
During this month in 1993, a "Food Notes" column in the Times explained that a new telephone restaurant directory called Food Phone offered "an extensive menu of options for the cost of a local call." The number was 212-777-FOOD. Tech-savvy diners could also get Gael Greene's restaurant recommendations on the internet with the just-launched New York Magazine On-line. The software was free if you had an IMB or a MAC with a modem, but if you didn't have a computer, the mag would send you a "minitel" monitor with a keyboard for the low, low price of $29.95.

Gael dropped her annual guide to where to eat in New York City. Her choices included: Terrance Brennan's Steak Frites and Prix Fixe; Gotham Bar and Grill and One Fifth Avenue, which were both operated by Alfred Portale; Jean-Michel Diot's two establishments, Les Halles and Park Bistro; Alison's on Dominick, which had Alison Price at the host stand and Tom Valenti in the kitchen; Mesa Grill, the new restaurant from "tough and cute" chef Bobby Flay; Silverado, a new Southwestern bistro from chef Richard Krause; '21,' which was then under the direction of Michael Lomonaco; David Walzog's Arizona 206; Pat Cetta's Sparks; and Tribeca Grill, the three-year-old restaurant from Drew Nieporent and Robert De Niro. 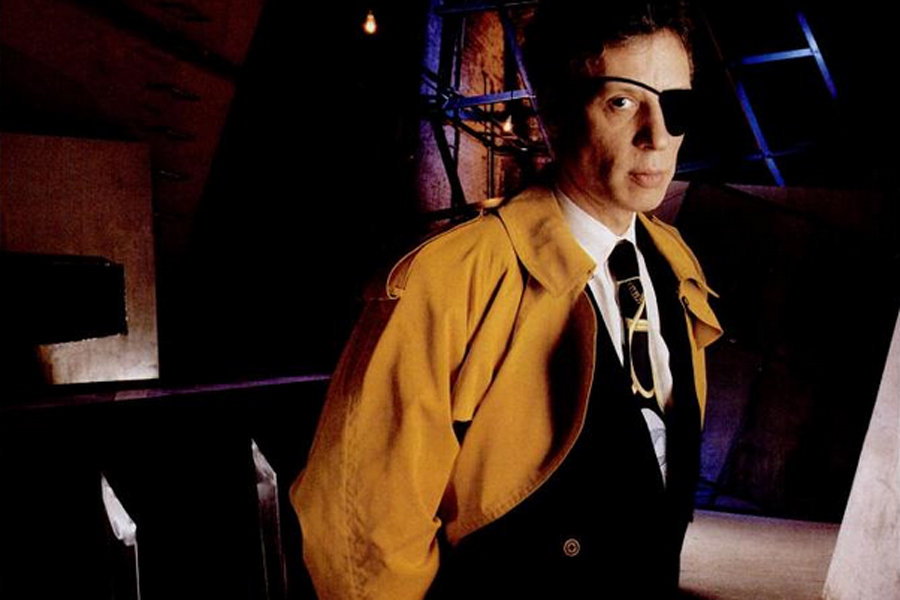 New York also profiled Peter Gatien, "the most powerful nightclub owner in the city." Gatien controlled The Limelight, Palladium, Tunnel, and a new $8 million venue by the name of Club USA. A young Serge Becker designed the club along with Eric Goode. Becker explained: "We wanted to do something darker, more sinister, bring the sex and the neon of Times Square indoors." The space had one neon sign that read "Drugs, Girls Girls Girls" and another that read "Sex Change." On New Year's Eve, 1992, Marky Mark performed at not one, but two of Gatien's clubs — he stripped down to his undies at Palladium, but kept his clothes on at a gay party at Tunnel.

Reviews for Vong, Becco, Voulez-Vouz, One Fifth Avenue, and More: 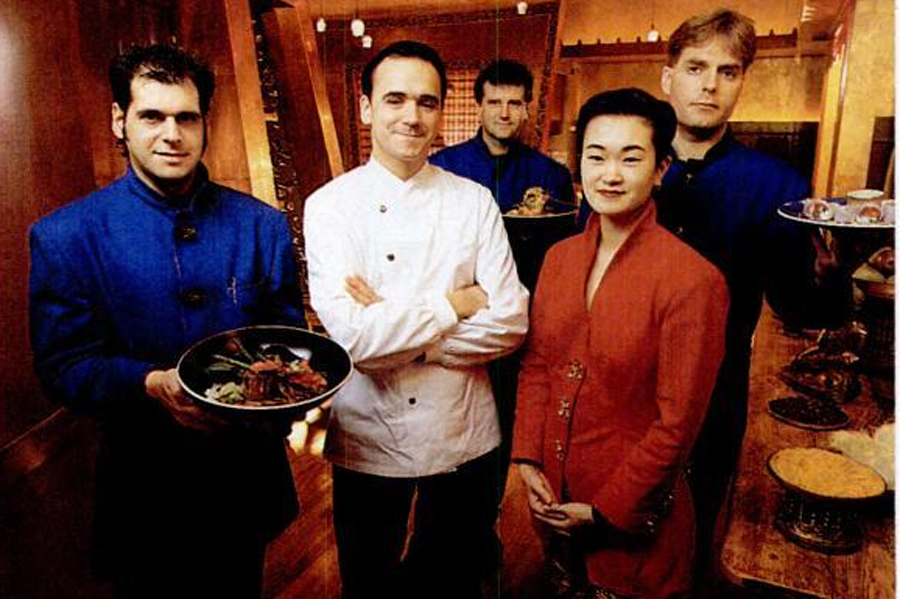 [Jean-Georges and his crew at Vong]

Gael Greene liked the seafood dishes at One Fifth Avenue, and loved Jean-Georges's nuanced take on Thai food at Vong. On the latter:

Ms. Gael's "where to eat" column included a few lines about Danny Meyer and his first restaurant, Union Square Cafe, then in its eighth year in business:

Well, of course there are three Maccionis-in-waiting — Mario, Marco, and Mauro — all of them prepping in languages, accounting, table diplomacy, and creme brulee — in three countries. But for now, Danny Meyer, with a markedly American style of hospitality, is the contender. Casual and seemingly relaxed but with taut, professional service, his Union Square Cafe is often booked ahead with its own power-lunch crowd from publishing and ad-land and artists Meyer seats beneath their paintings if he can. A year and a half later, Danny and Tom Colicchio would rock the dining world with the opening of Gramercy Tavern, and a whole galaxy of restaurants from Colicchio and Meyer would follow after that. Although Danny has grown into one of New York's biggest and most popular restaurateurs, he still works the host stand at Union Square Cafe from time to time. Previous Editions of This Month in Dining:
· February, 1995
· January, 1982
· November, 1988
· October, 1994
· September, 1991
· August, 1987